Pavan K Varma | A Parliament without questions is no democracy 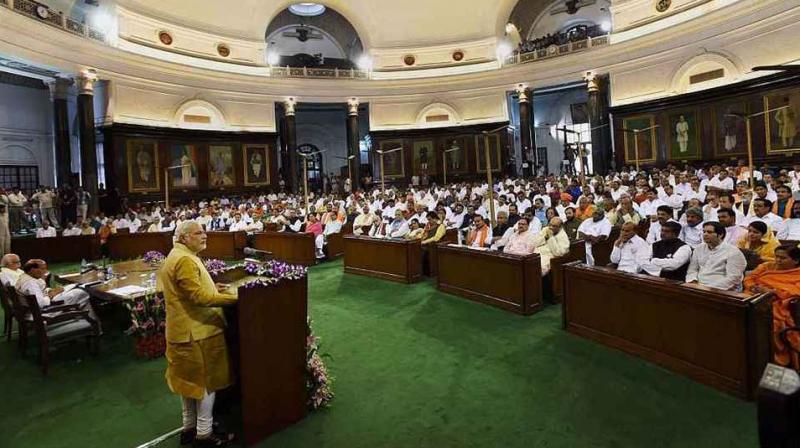 A Parliament session without Question Hour is like a forest without trees. The BJP’s decision to scrap Question Hour in the forthcoming parliament session is worrisome and opportunistic. The BJP may be in power right now, but surely it must remember its days in the opposition, and not lose sight of the fact that it could be there again. In democracy — and in life — nothing ever remains unchanged. Ghalib’s immortal words comes to mind: Har bulundi ke naseebon mein hai pasti ek din: It is in the destiny of every pinnacle to hit the dust sometime.

If the BJP were in the opposition today, would it have welcomed a parliamentary session without the opportunity to put the government on the mat? Especially if there were burning issues to discuss as there are today: the economic crisis, the corona pandemic and Chinese aggression on the border?

The reasons being touted against holding Question Hour are hardly convincing. Democratic governments function on the basis of accountability. Within the hallowed precincts of Parliament, the nation’s highest democratic forum, Question Hour is the one institution where government ministers can be directly questioned. Nothing else can substitute this interrogatory interaction, which compels the government to explain and defend its actions and policies.

Let us examine the ruling dispensation's arguments against holding Question Hour. Firstly, it is being said that even in the absence of Question Hour, written answers can be provided to questions provided in advance. My experience of being in Parliament compels me to unhesitatingly throw this argument out of the window.

There are two categories of questions that can be asked in Parliament, unstarred and starred. The first merit only written replies. This incorporates the art of drafting a reply, that mostly says as little as possible, while fulfilling the perfunctory requirement of answering the question. As a diplomat-bureaucrat before joining politics, I have been on the other side of the fence of drafting replies to unstarred questions. The achievement lay in hiding the full truth, and revealing only what is unavoidably necessary, playing on words, and using the loopholes in the question itself — many of which are badly drafted — to get off the hook. The answers are circulated in Parliament, and mostly forgotten, except as a written record of what little the government had to say when asked a straightforward question.

Starred questions, on the other hand, come up in Question Hour. The concerned minister, and sometimes the Prime Minister himself, has to physically answer the question. Each question allows for a minimum of three supplementary questions related to the original question.

This requires the minister to prepare himself fully. It gives the Opposition a much-needed opportunity to hold the government accountable in a much more direct way than the anonymity of a written reply. If the minister prevaricates, or seeks to evade the questions asked, the Chair can pull him up, and if she does not have the answers it becomes an embarrassment for the government. In other words, if Parliament’s principal purpose is to provide a democratic forum for holding the government accountable, this is the hour when it happens best.

The argument that starred questions require the minister to be accompanied by a number of officials from the ministry concerned since, depending on the question asked, they can quickly send across from the officials’ gallery briefing notes or facts to the minister, is fallacious. If even MPs will now be able to enter Parliament only with a negative certificate on corona, why can’t each ministry identify a few selected officials required to be present on question day, to do the same?

The argument that Question Hour can be substituted by Zero Hour or by special leave mentions, is fallacious too. Both are usually about urgent but localised issues, and do not allow for the range of interrogation that Question Hour does. Short-duration discussions on specific subjects, or call attention motions, are difficult to schedule, and do not allow the exercise of accountability to be exercised on a daily basis as happens during question hour. The fact that some state Assemblies have dispensed with question hour, should be no reason why Parliament, the apex legislature where national issues need to be discussed, has to do the same.

Similarly, for the BJP to argue that because question hour has frequently been disrupted by the Opposition, question hour itself can be dispensed with, is hardly tenable. Unfortunately, disruptions do take place in Parliament. But, the BJP when in Opposition perfected the art of such disruptions. Would it have then agreed that as a result of its behaviour question hour should be scrapped?

It is true that these are not normal times. The Corona pandemic has led to modifications in the working of institutions. It is for this reason that the session of Parliament is taking place after a prolonged hiatus, and for a truncated period. Parliament cannot only be a mechanical institution for a ruling party with a brute majority in the Lok Sabha, and a usually managed majority in the Rajya Sabha, to pass legislation. A government has to be held accountable. It is hoped that the BJP’s own professed commitment to democracy will prompt it to rescind its decision to do away with question hour.