Opinion   Columnists  06 Sep 2018  Headscarves have evolved as a symbol of identity
Opinion, Columnists

Headscarves have evolved as a symbol of identity

All of this would be readily acceptable were it not for the fact that this particular contest is a beauty pageant. 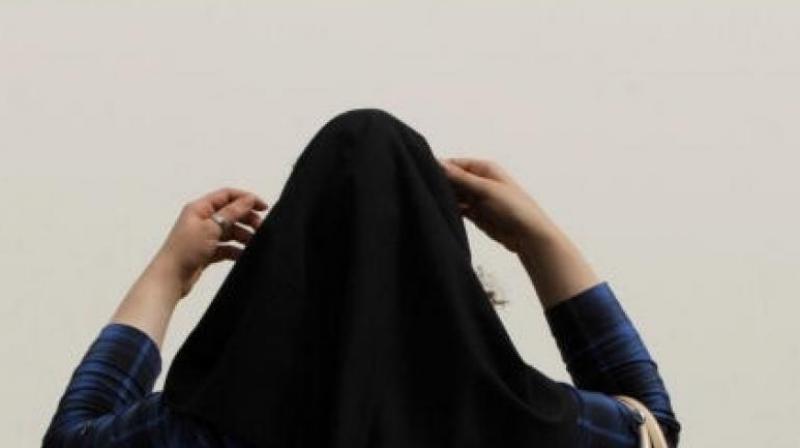 The increasingly popular premise that women who wear a headscarf can do anything has expanded in a way that has largely nullified the premise of modesty. (Representational image)

Everyone is beautiful in their own way, regardless of weight, race, colour or shape,” 20-year-old Sara Iftekhar told the media when questioned about her choice to wear the headscarf. Iftekhar, a law student, is set to become the first contestant in the Miss England beauty pageant to wear a headscarf while competing. Iftekhar is not a newcomer to the world of beauty pageants; in the past she won the Miss Popularity round of the Miss Yorkshire beauty pageant.

As is the case with anything to do with headscarves and Muslim women, Iftekhar’s choice and the visible manner in which it is projected has become the subject of many hot takes and discussions in the British press. Young British Muslim women like Iftekhar are welcoming her choice, mainly for two reasons. First, it does away with the myth that Muslim women who wear the headscarf are forced to do so, making the garment a symbol of submission. Second, in increasing the public visibility of the headscarf by wearing it on the stage of a beauty pageant, Iftekhar is making a claim on inclusion and the fact that British Muslim women, including those who choose to cover their hair, are an indelible and visible part of the British social fabric.

A third, less articulated reason can be gleaned from Iftekhar’s own statement: the fact that women who wear the headscarf have as much a claim to beauty as anyone else. In this last sense, the (would-be) beauty queen who wears the headscarf is not just a symbol of visibility but also an articulation that women with covered hair, discarded as dowdy by some, can also be fashionable and beautiful. This last premise follows the line of arguments that have emerged after models wearing headscarves appeared in New York Fashion Week.

Just as designers making clothing for Muslim women are alleging that the covered woman can be beautiful and visible, pageant contestants with headscarves say that covering their hair does not detract from their beauty and even adds to it. A woman in a headscarf who is not showing her hair, or most of her hair (Iftekhar wears a headscarf that covers only the back portion of her hair), is not ugly or oppressed or a victim — but rather an emblem of choice and even a beauty icon.

All of this would be readily acceptable were it not for the fact that this particular contest is a beauty pageant. As many have recently noted (following the excision of the swimsuit portion of the Miss America pageant, for instance) pageants themselves are relics from a pre-feminist and gendered past. The parading around of women that is ubiquitous in all of these competitions, the judgments and point allotments based on largely (some quasi-intellectual aspects have been added to address this critique) physical characteristics, is one of the most anti-feminist objectifications of the female form today.

Given this, it seems bizarre or at least futile to make such a realm the basis of contestation regarding standards of beauty and acceptability. If anything, the embrace of pageants by women wearing headscarves suggests that even while feminist choice may be exercised in choosing to wear a headscarf, it is set aside while choosing to participate in a gendered competition that judges women based on their looks.

Once upon a time, the choice of wearing the headscarf was justified on spiritual and faith-based grounds, centrally on the premise that wearing such a garment was an example of modesty, of choosing to be less visible or flaunting one’s looks. Obviously, that is not the case anymore; the increasing and pointed efforts of fashion designers who are pushing creations that are not only extremely expensive, but that are given to being not modest but beautiful is one example of this. Another is the embrace of competitions like beauty pageants, whose goal is to attract attention and to be acclaimed for beauty.

In sum, Iftekhar’s participation represents just how the headscarf has evolved from a spiritual basis of modesty and equanimity to a symbol of political identity directed to gain visibility, acceptance and attention. The increasingly popular premise that women who wear a headscarf can do anything has expanded in a way that has largely nullified the premise of modesty. There may be something to celebrate in this; Muslim women confronted with the demand and requirement to wear headscarves by societies and cultures that have equated a piece of cloth with moral goodness, have put it on and also moved on. The consequence is an evolution of the headscarf in which its original connotations matter no more and the feminist choice behind it is far more central than its religious meaning.

Women competing in beauty pageants wearing headscarves are symbolic of just how much ideas of femininity, empowerment and beauty have changed in the last decade. Beauty pageants justify themselves on the basis that the women participating are choosing to be there, and hence not slaves to the gendered and anti-feminist aspects. Similarly, many Muslim women in Western societies also point out that there is no coercion or pressure involved in their decision to wear headscarves.

Underlying either and both are essential and evolving notions of “choice”, which becomes the operative term with “beauty” in pageants and “modesty” in headscarves, demoted to a secondary or at best minimal role. Whether or not one agrees or celebrates this evolution, beauty pageants and headscarves as indicators of a feminist exercise of will are, of course, a matter of choice.