The United States will set aside $113 million for its Indo-Pacific Economic Vision. 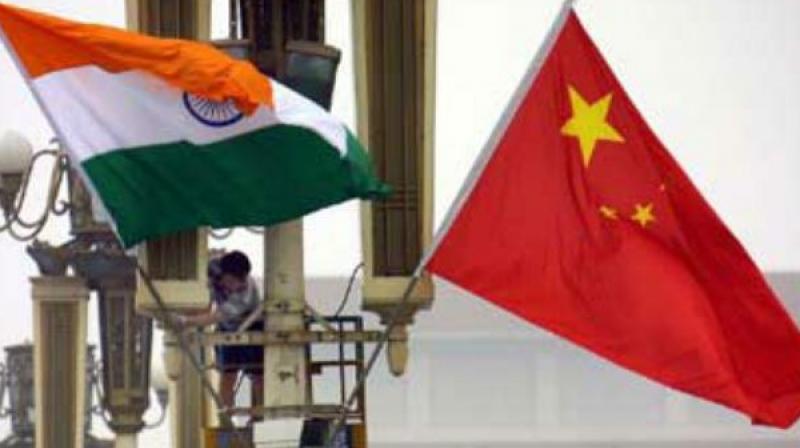 Since the Doklam standoff last year made it clear that China was heightening its surveillance on India’s border troops, New Delhi is hardly going to roll out the tarmac to aid the PLA’s arrival on its doorstep. (Photo: AFP)

The United States is showering goodies on India and it’s not even Christmas yet. The frosty vibes of the Indira Gandhi-Richard Nixon/Henry Kissinger era of the 1970s and the indecisiveness of bilateral ties under latter-day coalitions in New Delhi seem like yesterday’s news now.

India has been exempted from the heat of the American sanctions on Russia. There’s an even bigger deal — Washington granting New Delhi the coveted Strategic Trade Authorisation (STA-1) status, allowing it hassle-free access to American defence technology.

That’s a multiple snub to China. India, and not the United States’ largest trading partner China, will join Japan and South Korea as only the third Asian nation with STA-1 status. India is a member of three out of four export control regimes whose members alone hold STA-1. Giving it to India now implies that India is worthy of membership of the fourth — the Nuclear Suppliers Group (NSG), where China has been blocking India’s entry.

There’s also significant progress on trade tariffs. And finally, there’s determined movement from the Quadrilateral Security Dialogue, or the “Quad” — the grouping of the US, Japan, Australia and India — on its chief goal of containing an aggressively ambitious China.

The United States will set aside $113 million for its Indo-Pacific Economic Vision. Australia and Japan too have announced investments. US secretary of state Mike Pompeo calls it a “strategic partnership, not dominance”. But it’s an obvious move to check China’s controversial Belt and Road Initiative (BRI).

Gloomy commentators in New Delhi have written off the Quad’s plans by comparing the meagre sum with the reported Chinese investment of over $1 trillion on BRI. But this is shallow reasoning.

The other Quad members are yet to quantify their investments, while history is full of examples of the United States upping or downing its tranches to suit its immediate strategic interests. And of course, there’s the small matter of India being the world’s fastest-growing economy today and the only Quad member with deep cultural ties in Asia, especially in its immediate neighbourhood.

But the Quad states each have their share of baggage across the Indo-Pacific region and South Asia, with the US carrying the heaviest load in Afghanistan and Pakistan.

Sectarian conflict, deep-rooted suspicion of America, terrorist anarchy and China’s strategic stranglehold through its Belt and Road Initiative investments mean that it won’t be easy to link US-led projects to China’s BRI merely in the spirit of a new “partnership”.

There will be no Indian backroom service providers either. Justifiably, New Delhi will not talk to Islamabad as long as the latter supports terror. India has also taken strong objection to the Pakistan leg of China’s BRI, the China-Pakistan Economic Corridor (CPEC), cutting through Pakistan-occupied Kashmir. Quad or not, India is hardly going to help along any “partnerships” with China that benefit the latter’s close ally Pakistan in any way whatsoever.

But what has made it so seemingly easy for China to invest and reap rich dividends across Asia?

Its steely-eyed indifference to “human rights violations” and domestic tussles, for one. Its speed at executing projects, for another.

It’s the same across the whole of South Asia. Nepal is now a part of BRI, while Kathmandu’s relations with India are at their lowest level in decades.

Will India show “partnership, not dominance”, for instance, by helping cut an eight-lane highway from Nepal’s Indian border to its Chinese one to connect with a BRI road or railway line in the name of “partnership”?

That looks hardly likely. Since the Doklam standoff last year made it clear that China was heightening its surveillance on India’s border troops, New Delhi is hardly going to roll out the tarmac to aid the PLA’s arrival on its doorstep.

Bangladesh is also a part of the BRI since 2016. Deals worth $21.5 billion have been signed and China has its eye on a deep-water port in the country. Bhutan may not have formal diplomatic relations with China but there is a significant thaw since China’s deputy foreign minister visited Thimphu last month.

In Sri Lanka, the public euphoria over China’s investments may have turned into anger over the stifling external debt that it has caused. But few Sri Lankans have forgotten that while India dithered and the United States led the world in attacking Colombo for “human rights violations” during the end of its long civil war, China and Pakistan sent weapons and supported Colombo in international forums.

In the Maldives, China has supported dictator-President Abdullah Yameen and been rewarded with an entire atoll and plenty of projects. To stress the closeness between the United States and India,

Mr Pompeo pointed out that the US consulate in Kolkata (of 1792 vintage) was the oldest in India. But Princeton University scholar Richard Sambasivam in an essay traces US-India ties even farther back in time. Ten years before the opening of the consulate, Washington had supported “India” by backing the princely state of Mysore against the British.

More than 200 years later, the players have changed but the game remains the same.

China is the new British East India Company and its stranglehold diplomacy over much of developing Asia means that if push comes to shove in those countries, Beijing will ultimately call the shots.

The United States will challenge that by upping own stakes. And invariably, economic confrontation will have larger political implications for the entire region. Unless it really has a strategy for a victory beneficial to itself, India should pull out of such a joust and set up its own game board elsewhere.