July 4 was our freedom day though the previous weekend, too, people broke free and thronged every beach or park they could find 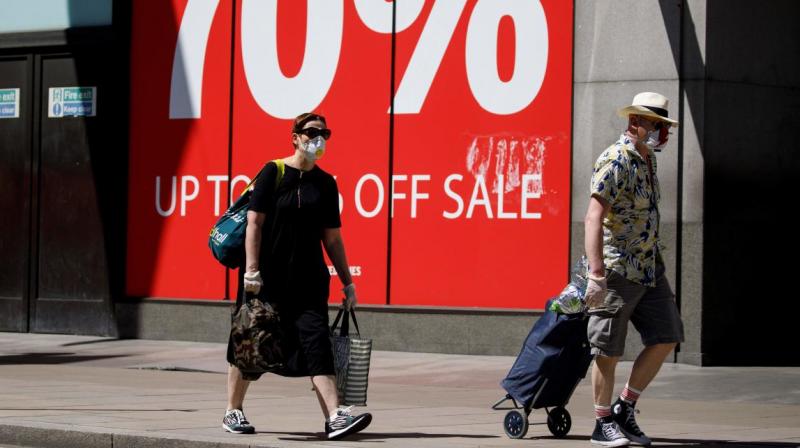 It is like a Damascene conversion. There was the Prime Minister doing push ups for a press interview. Boris Johnson has learnt from his near-death Covid experience that obesity is a personal as well as a political issue.

So he wants the Nation to be slimmer. Whether this lasts longer than any of his other resolutions we shall see.

One problem Boris has is that when he makes up his mind to order people not do something, his heart is never in it. He is a happiness spreader and does not like stopping people from having fun.  His father Stanley has decided to not listen to his son and gone off to Greece for his holiday.

In any case, the government keeps on changing its mind about relaxing the lockdown. July 4 was our freedom day though the previous weekend, too, people broke free and thronged every beach or park they could find.

We are now going to be living in a “bubble”. Schools will reopen with bubble style seating for the school children and the teacher separately. Restaurants will seat customers in a protected bubble, with wipes and personal cutlery and disposable menus.

Pubs will need your name and address and if you are in a group you have to name who your leader is. I guess it must be the person who will pay up for the round. In this environment no one can have secret assignations any more! The virus has ensured that people wash their hands (literally) of any naughty behaviour and remember their morals.

Meanwhile, weddings can have only 30 people and dads cannot walk the bride down the aisle if they are in a separate household! The Odeon cinema chain is opening 10 of its venues with restricted seating, and online pre-booking for not just the tickets but your popcorn bag as well!

But as pubs opened on the weekend there was unrestrained revelry. And hairdressing saloons were booked from midnight onwards!

Museums and galleries will open over this month but with restrictions, which require visitors to keep distance and move in one direction with no turning back for a second look.

It is a summer with no Wimbledon, no Test cricket and no Selfridges. We will miss all our Indian friends whom we meet every summer which they spend here. British summer without Indian tourists does not sound natural.

One consequence of the information that the minority community has suffered disproportionate deaths from Covid both among the NHS staff and amongst the general public has brought diversity up front in daily life.

Newspaper advertisements carry many more black and Asian faces than was ever the case before. Even banks tell you they care about using ethnic non-white faces. Hopefully they let them have accounts, as well.

The onward march of Indians in the government continues. We have Priti Patel, home secretary, Rishi Sunak, chancellor, Alok Sharma, business secretary, and now the new chairman of the financial conduct authority is also of Indian origin, Nikhil Rathi. He worked at the treasury earlier then in the London Stock Exchange and now he is heading one of the three most important institutions in banking and finance.

The Hinduja family is in the news for what no one expected of them  a property dispute. An interesting aspect is that it is one daughter,Vinod. among the six second generation Hindujas who has taken the initiative to split the family fortune. Could make a good TV serial.

But of course, the Hindujas are so well ensconced in London that one imagines the family will sort it all out soon enough. They have always presented a united image regardless of any differences that they may have.

Meanwhile, the media is full of the arrest of Ghislaine Maxwell, a co-accused in the infamous Jeffrey Epstein case, in which they were both charged with sexually abusing minors.

A beautiful daughter of Robert Maxwell, a UK media tycoon who had managed to fund his lavish lifestyle with money embezzled from his own company, she became a close associate of Epstein, and was accused by many of the victims of procuring girls for him (Epstein).

Of course she has been on the run for a while, especially after Epstein’s alleged suicide in a US jail. Many conjecture that because she knows too much, she may also take her own life, so she will need careful monitoring.

The American millionaire Epstein used lies and contacts to become enormously rich but his prurient interest in underage girls was his undoing. When the “Me Too” movement broke out more and more women began to step forward with their stories, and, finally, Epstein was handed a long life sentence.

Though nothing has been proven against them, his circle of friends included Prince Andrew, Bill Clinton and even Donald Trump. There has been a lot of reportage against Prince Andrew.

A key witness claims he had sex with her when she was under the legal age. There is apparent fear that Prince Andrew may face a jail term if convicted and so a lot rests on what Ghislaine says or does not say.