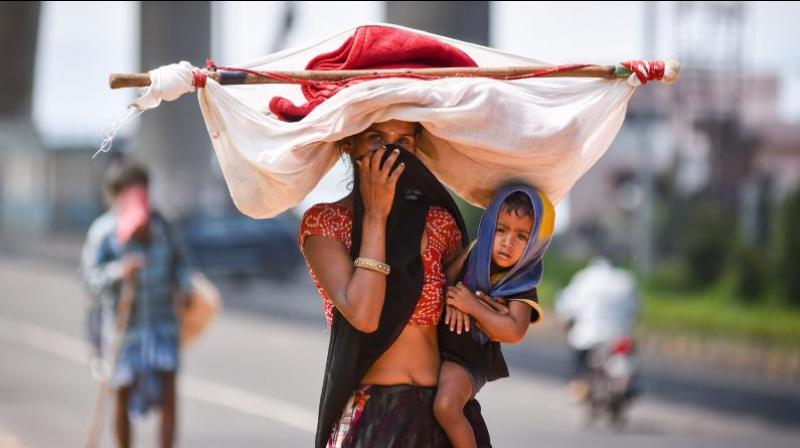 One needed a vast amount of ineptitude to create the conditions in which we landed.

Among the outpouring of reports on local events into my WhatsApp group from the low-income areas in which I have been working in Delhi, two photographs stand out. One is a miles-long queue at the Anand Vihar bus terminus at the border of New Delhi; another is the copy of an appeal to the assistant district magistrate (ADM) from residents of Gali No. 3, Prem Vihar, asking the ADM to rush food supplies to the area, especially for pregnant women. How does a lockdown strongly propagated by public health experts in the interests of containing the spread of Covid-19 play out on the ground?

First, consider the exodus out of Delhi. Most people working in factories, construction industry, or providing daily wage labour are migrant labour — a large number from the neighbouring state of Uttar Pradesh. So once factories closed and demand for causal labour vanished because of the lockdown, the first instinct of these migrants was to go back to their respective villages.

Media reports of men, with children atop their shoulders and women in tow, starting a trek for hundreds of miles to reach home led the chief minister of UP to announce that a large number of buses would be made available to provide free transport to migrants returning home. The crowds that gathered at Anand Vihar, estimated to be 15,000 at one point of time and going up to 1,00,000 by 10 pm were clearly at risk to themselves and others. As one resident from a nearby area posted, “Even if one person has the coronavirus, is it not going to spread all over?”

The choice for these people was that they could either stay and face hunger and starvation, or get back to what might have appeared safer places in villages. How is it that this question was not one that public health experts or politicians asked?

I was getting updates by the hour — “today we heard that the government is supplying free rations of one kilo of rice, one kilo of wheat”; “today a local Gurudwara (Sikh temple) has set up a langar (public feeding) in our area”; “the local NGO Matrbhumi is collecting petitions and is also reaching emergency rations.” I had seen a similar upsurge of altruistic giving during different kinds of crises — people have no other model except that of charity to meet immediate needs for food and medicine.

A dizzying circulation of rumours ensued. People rushing here and there to procure some rice, some flour, some potatoes, and often coming back home with small bits. The enterprising ones were sharing what they got with their neighbours, but these were not enough. TV stations were suddenly abuzz with the risks 'migrants' posed to the city as if it were a darkly hidden secret that Delhi depends upon migrant labour to (wo)man its garments industry, its factories, its need for maids to sweep and swab, its cooks, its delivery boys.

There were other pictures and videos people had sent. Those of police with their lathis (sticks) beating up those they cornered in the streets. Perhaps the most frightening video I saw was of a young man standing on the terrace of his house with some other young men chatting as the policeman on patrol commanded them to disperse — the man did a long jump to the next terrace and then to the next to escape — every time he risked a fall on the hard street, a head injury, or a concussion. No wonder I was left aghast at the expert opinions in support of the lockdown.

It's not about compliance

Consider an opinion piece in New York Times from an 'expert' who said, “Our estimates and those from the Indian Council for Medical Research indicate that a national lockdown, if adhered to well, could reduce the number of infections at the peak of the pandemic — expected by early May — by 70 per cent to 80 per cent, depending on the degree of compliance with physical distancing.” (The New York Times Opinion, by Ramanan Laxminarayan, March 27, my emphasis.)

“Depending on the degree of compliance?” Do you have no clue, sir, that keeping physical distance might be a matter of compliance for those in their comfortable apartments with enough food to go around but that the poor cannot live like this — years and years of neglect of urban slums, indifference to improvement of health infrastructure and a government focused entirely on Hindu nationalism and on creating social violence to intensify their own support have not left any place for the poor to find the means to keep social distance.

To those who say, what were the options the government had? I suggest that there were options. That using the time it  had to slow the pandemic by doing cluster testing, concentrating on building up supply chains for medical equipment, using the excess capacities of the PHCs and the existing providers in rural and urban markets to do massive testing, isolating and treating those who tested positive and quarantining their contacts by giving governmental support, should have been prioritised. No one can be sure that they have the right answers but one needed a vast amount of ineptitude to create the conditions in which we landed. To those within the government who still have a modicum of care — please redirect the massive structure of surveillance you have built to the tasks of providing services to the poor right now — do not leave it to the local philanthropists to do what they cannot possibly do.