Sunil Mani
*Sunil Mani teaches economics at the Centre for Development Studies (CDS), Trivandrum and the views expressed are his personal views and must not be attributed to CDS. 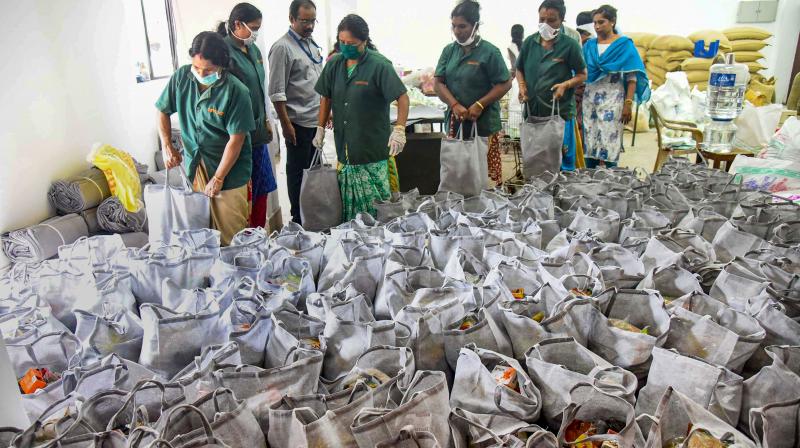 When the COVID-19 virus started showing up in India, Kerala had the unenviable first position, as posted on the government of India’s COVID-19 tracker (https://www.covid19india.org/), in terms of the number of confirmed and active cases. Within a few weeks, i.e. by April 3, the state was able to successfully contain the spread of the disease, and at the time of writing this, Maharashtra, Tamil Nadu and Delhi have more confirmed and active cases than Kerala.

We need an explanation for why infected cases were high in Kerala initially and how the state was able to respond to the challenge swiftly and decisively. I first propose four hypothesis as to why the diffusion of COVID-19 was, relatively speaking, high in Kerala. Then I do a quick assessment of the strategies employed by the state which seem to have contained the spread. In my view, there are two aspects of the state’s containment strategy that are worthy of emulation by other states and this too is based in turn on the experiences of the few successful country cases that we have at present.

Hypothesis 1. Kerala is a highly globalised state in terms of its engagement with the world, through migration of its people and the influx of tourists​. The most recent wave of migration from Kerala has been to Italy​, ​mainly ​as health workers​ in old-age homes​​. In fact, a lion’s share of the infected cases in Kerala have been returnees from abroad or those that came into contact with them.

Hypothesis 2. Given the high density of population and high mobility due to ownership of automobiles, an infected person can pass on the virus fairly quickly to a very large section of the population.

Hypothesis 3. Relatively speaking, Kerala has a higher proportion of aged population.  Kerala's total population as per the 2011 census is around 33.6 million, of which 12.6 per cent are aged above 60 years. According to a CDS study, the state's elderly population is growing at a compounded rate of 2.3 per cent per annum. The growth rate is high among those aged 70 or 80 and above too. We know that COVID-19 infection is particularly bad for this age group. Further, a higher proportion of adults suffers from diseases such as diabetes, and hypertension according to the National Family Health Survey 4. Further, a recent study conducted on disease burden trends from 1990 to 2016 showed that Kerala had one of the highest incidences of coronary heart diseases. In the context of COVID-19, all these pre-existing conditions make the virus infection more complicated and increase the probability of fatality. Another factor is that aged parents are living with their younger children.

Hypothesis 4. Earlier epidemiological studies, (CDS was one of the first to do one in 1985) have shown that Kerala tops the country in the morbidity prevalence rate. While the rest of the country has shifted its disease profile from communicable to non-communicable diseases, Kerala still has a higher proportion and episodes of communicable diseases which appear to rear up much more frequently than before.

Kerala’s response to the Covid-19 challenge was swift and decisive. A command centre was set up under the health minister initially and, when infection rates started rising, with the chief minister at the steering wheel.  More samples are tested in Kerala than elsewhere in the country.

Extensive testing of symptomatic cases has been a hallmark of Kerala’s effort. As of March 28, the state had five testing centres across the state. The government was quick to use technology to screen people at public places, especially those arriving at airports, by using non-invasive measures. Extensive use of handheld non-invasive thermometers and hand sanitizers at airports and public institutions very early on has been an important part of containment.

There has been systematic​ and painstaking​ contact tracing and​ then​ publishing of the route map of an infected person so that all people who had the potential of being infected ​could be identified and put in self isolation.

The government has released considerable information on a real-time basis. It could be gleaned through the daily press briefing by the chief minister himself and a very useful mobile app, GoK Direct. The police media centre even made an attractive video to explain how hand hygiene could be maintained and this video has gone viral. People who were put on quarantine are provided with food and daily necessities by the state.

The state ensured supplies of essential items; even the police developed a shopping app. The emphasis is on online ordering so that unnecessary trips to the shop can be avoided. As a result, there has been only mild panic buying. The state seems to have marshalled at short notice an army of almost 80,000 community volunteers both to cook food and have it delivered through the support of local self-government. An initiative called the CornoaSafe Network has been formed with two major components: the Corona Literacy Mission and the Corona Care Centre. While the former focuses on creating awareness on COVID-19 in multiple Indian languages and in English, the latter presents a template for converting educational institutions into hospitals to offset for shortages.

The state’s response can be summarised in two ways. First,  these initiatives increased the trust which ordinary citizens have in the government. This increases compliance of even difficult measures such as a lockdown. It is this institution of trust that is explaining the relative success of countries such as Sweden and Taiwan. Second, is the paramount importance given to the advice given by public health authorities by the government the latter never overstepping the former? The public health authorities themselves have been on a learning mode, learning and correcting mistakes made in earlier handling of epidemics. Through these, the government could achieve a sort of public buy-in resulting in their acceptance of the government's recommended measures for containing the virus.