Opinion   Columnists  06 Feb 2021  Farrukh Dhondy | To ensure safety in a globalised world, all must get the vaccine...
Opinion, Columnists

Farrukh Dhondy | To ensure safety in a globalised world, all must get the vaccine...

The number of people who have been vaccinated in the continent of Africa, excluding South Africa, was 29 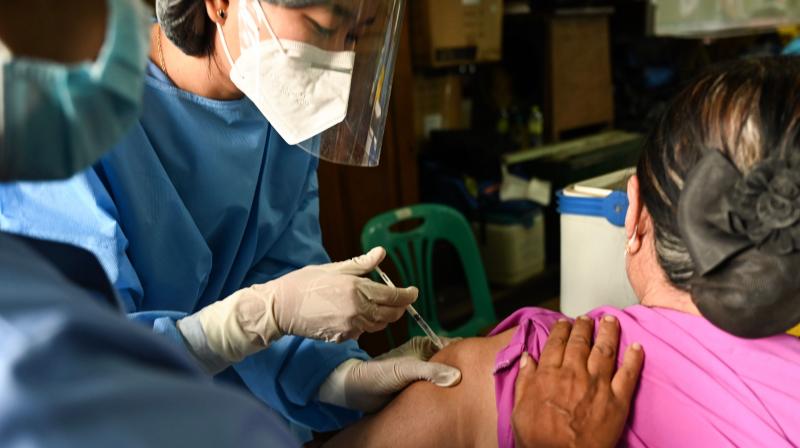 As of January 23, 39 million people in the so-called “first world” had received an anti-Covid vaccination. (Representational Photo: AFP)

“Gratitude is an angel
With a very short memory.
Jealousy, a demon
With a stimulated long one
Indifference shrugs its shoulders
In dismissal whenever he
Encounters a strong emotion
Condemning it as the wrong one.”
From the Opera Bheeda Pareeda
Translated from Hungarian by Bachchoo

It was a Greek called Aristarchus who in 200 BC first said that the earth was a globe. Galileo was certain of it and in later centuries the Portuguese Magellan added the decisive circumnavigating proof. An early definition of “globalisation” was born.

Today “globalisation” means an exchange of culture and trade amongst most if not all nations of the world and it would certainly include the phenomenon of the spread of the Internet to every crook and nanny of the world.

A Marxist definition would concentrate on the international flow and exchange of capital and of labour -- with American motor car manufacturing relocating to the Far East and Coca Cola being concocted, bottled and sold from the Uighar districts of western China.

Its inevitability hasn’t led to popularity. There are Canutes who wish to turn back the tide. The most boastful and vociferous of these in recent times was one Donald Trump, whose opposition to globalisation may not have included the conviction that the world was flat (though one can never be sure what neo-troglodytes believe). It certainly included a political programme that attempted to reverse the flow of capital out of, and labour into, the United States of America. It negated international treaties designed to stop the proliferation of nuclear weapons and was opposed to global action on climate change.

Britain’s political position was paradoxical. On the one hand, Brexit caused the UK to leave one of the planet’s largest trading blocs to go it alone, and on the other hand it trumpeted intentions to open Little England to an ambitious programme of international trade, an invitation to capital to come here with the promise of low taxes and Rishi Sunak’s free ports, while at the same time stopping the import of even necessary labour. Welcome to “Free port and deport England” -- both policies perpetrated, ironically, by British ministers whose origins are Indian and Indo-African.

Yet now, gentle reader, the most dreadful reminder that the tide of globalisation is upon us is not the rush of refugees from Africa to Europe or the determination of Japanese car manufacturers to relocate to countries where the promise of profit is the greatest. Independent of the will of capital and labour, nature has shown its near-apocalyptic hand. There have been plagues before, and Sars and Ebola did spread from one country to another, but Covid-19 and its menacingly developing variants is, after the very early spread of the ancestors of homo sapiens to all corners of the globe, the first truly fast-moving inhabitant of everywhere.

Earlier plagues hit single countries. Daniel Defoe wrote his Journal of the Plague Year as a novel covering events in London 1665. Then Shakespeare, it is said, wrote Macbeth and King Lear under lockdown in the early years of the seventeenth century. The Internet has alerted me to several literary efforts attempting to capture the ennui, isolation, change in shopping arrangements, etc during today’s Covid lockdowns. No doubt there will be whole novels about what Netflix programmes some scribbler watched, with photographs of the meals they cooked in these dreadful months. I myself have found time to complete two books which have nothing to do with how I spend my time or what I cook but are brilliant fictional… (I’ve repeatedly told you that this space is not for your idiotic self-advertisements -- Ed. Sorry yaar, iss mushkil vakhth mey thhodee si publicity sey kya farak padtha? -- fd).

The globalist way of looking at these times is to see them as a battle between two species of evolved life -- the mutating, deadly coronavirus strains and the scientifically analytical and creative genius of scientists and the ingenuity of political ordering.

The scientific effort of the geneticists, doctors, epidemiologists and others who have not only invented and deployed five developed vaccines, and with many more to come, but have found treatments to alleviate the symptoms of the infected.

The political efforts, subject to all manner of constraints and forces, including crass cronyism -- as in Britain where jobs and public funds are given to Tory friends and supporters -- profiteering and fraud are confused and less laudable.

Here, gentle reader, are a couple of shameful statistics:

First: The International Labour Organisation estimates that the plague has cost the workers of the world a loss in earnings of $3.7 trillion. According to Oxfam, the increase in wealth of the world’s top billionaires in ten moths of the plague has been $3.9 trillion.

Next: As of January 23, 39 million people in the so-called “first world” had received an anti-Covid vaccination. The number of people who have been vaccinated in the continent of Africa, excluding South Africa, was 29. Yes, you read that correctly. No, I haven’t missed out the words “thousand” or “million”. There are reports, since that grim statistic, saying that subsequently other nations have allocated funds to get the vaccines across to Africa.

This isn’t about generosity, it’s self-preservation in a globalised world in which the enemy species has to be fought and subdued, if not annihilated altogether – through …. err …. globalisation?