The Olympics thaw could fizzle out as the structural underpinnings of the geopolitical crisis over the Korean peninsula are unchanged. 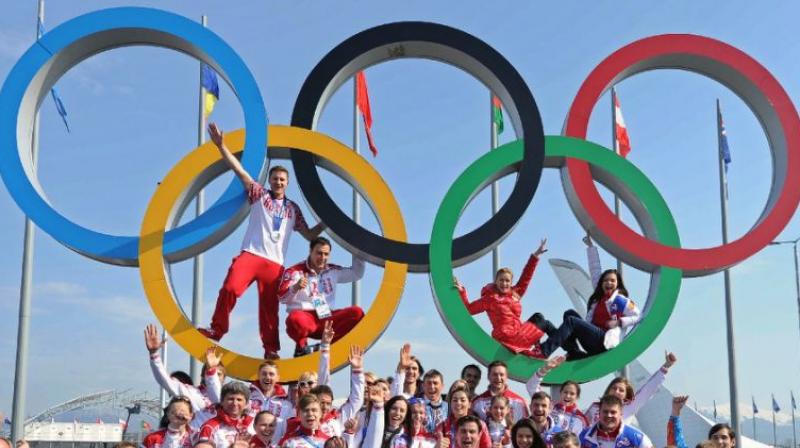 The North’s motive was to create international panic about safety and security in the South, and thereby scare away foreigners from attending the Seoul Olympics. (Photo: AFP)

Pyongyang is coming to Pyeongchang. The 2018 Winter Olympics, being hosted by South Korea from February 9 to 25, will witness the rare sight of athletes from sworn antagonists North and South Korea marching together under a “unification flag” in the opening ceremony and fielding a combined team in the women’s ice hockey event.
The spectacle is all the more captivating because there are simultaneous visits by North Korean art troupes, orchestras and high-ranking government officials to the South to make the Pyeongchang Olympics an unforgettable visual moment in international history.

For the instinctively secretive and jingoistic North Korea to cheer a Winter Olympics being hosted by its arch-rival is not an insignificant step. When South Korea was to host the Summer Olympics in 1988, then North Korean dictator Kim Il-Sung ordered a boycott and unleashed his intelligence agents to blow up a South Korean passenger plane months before the Seoul Games, killing all 125 people on board in midair. The North’s motive was to create international panic about safety and security in the South, and thereby scare away foreigners from attending the Seoul Olympics.

Nonetheless, the North’s terror ploy failed and the 1988 Summer Games were hugely successful. Never willing to concede the inter-Korean ego contest of one-upmanship, the North organised a parallel Olympics-level event of its own in 1989 by spending an estimated $4 billion and crowing about how more country delegations were its guests than at the Seoul Olympics.

Behind the North’s jealousy and attempts to score points over the South was the quest to demonstrate that its model of one-party, one-man Communist authoritarian rule was superior to the latter’s pro-Western and gradually democratising form of government. Proving to its people that the Kim dynasty was more independent and infinitely fairer than “puppet” South Korea remains a key tenet of the North Korean regime’s survival strategy.

That is why North Korea is such a tightly sealed hermit kingdom where citizens’ mobility and their access to happenings abroad are heavily restricted. Dissing the South and hiding its remarkable economic and political achievements are core tenets of the relentless propaganda machinery in North Korea.

Yet, the Pyeongchang Winter Olympics are occurring at a different juncture and point to a new turn. The current tyrant in Pyongyang, Kim Jong-un, has realised he can’t perpetuate his hold on power by antagonising and alienating South Korea.

With Russia and even China slowly joining hands with the United States to tighten the United Nations economic sanctions noose as punishment for Mr Kim’s nuclear and missile tests, there is only one consistent voice calling for an accommodative and negotiated approach toward him — liberal South Korean President Moon Jae-in.
Mr Kim wants to take advantage of Mr Moon’s war-aversion and low threshold of tolerance for any catastrophic clash unleashed by US President Donald Trump’s bellicosity.

The so-called “bloody nose” doctrine, favoured by Trump administration hawks, is a plan to launch a limited preemptive US military attack on a North Korean target to force Mr Kim to back down on his nuclear and missile development agenda.

Despite Mr Kim’s typical bravado, he knows that well-enforced UN sanctions plus a precise American military strike could squeeze him badly and spell doom. The only rational way out of the predicament for the wily Mr Kim is to wave the olive branch to Mr Moon and rupture the unity between the US and South Korea.

In Mr Moon, Mr Kim has a partner willing to relaunch the “Sunshine policy” of peace which was implemented by Mr Moon’s mentor, President Roh Moo-hyun, from 2003 to 2008. It’s not a coincidence that the last time when North and South Korean athletes marched jointly at the Olympics were in Sydney in 2000 and Athens in 2004, when Mr Moon was a close aide of President Roh, who believed in the path of peaceful reconciliation with the North.

Mr Moon floated the proposal for a unified sports team with North Korea for the Pyeongchang Winter Olympics in June 2017, itself as a means to ease nerve-wracking tensions and prevent a calamitous war as Mr Kim and Mr Trump were spoiling for a fight. But Mr Kim did not take up Mr Moon’s offer then. What changed in the ensuing months are the circumstances of growing international unanimity against Mr Kim’s nuclear brinkmanship.

Whenever cornered, North Korean leaders devise crafty schemes to extract concessions by exploiting South Korea’s liberalism and emotional ethnic nationalism, which pines for reunification of the Korean peninsula and treats North Koreans as unfortunate siblings who must be embraced and uplifted. Already, Mr Kim has wrung one compromise from Mr Moon in return for the North’s dramatic entry into the Pyeongchang Olympics. Seoul persuaded Washi-ngton to postpone joint military exercises as a confidence-building measure with Pyong-yang.

If Mr Moon goes further and offers economic aid to Mr Kim or revives inter-Korean industrial and tourist projects, it will bring considerable relief to the North from the sanctions-driven cash crunch.

But what happens once the Winter Olympics are over? The real games will begin. Mr Kim’s menacing New Year promise to “mass-produce” nukes and missiles suggests that he may sooner or later resume provocative launches to attain his strategic goal of attaining reliable deterrence capability against the US. Mr Trump may be compelled to go beyond words and order kinetic action. And younger and conservative South Koreans, who oppose dovishness, may pressure Mr Moon to stop blind appeasement of the trickster and butcher Mr Kim.

The Olympics thaw could fizzle out as the structural underpinnings of the geopolitical crisis over the Korean peninsula are unchanged. Ultimately, unless there is an overthrow of the Kim dynasty in Pyongyang or a grand accommodation between the US and China, permanent peace in this region is a fantasy. But even a tactical and opportunistic pause in belligerence due to the Olympics is welcome. The two high-strung Koreas need to breathe and exult as one people, if only temporarily.