The subject that we know a lot about, albeit one-sidedly, is the Covid-19 situation in Kerala 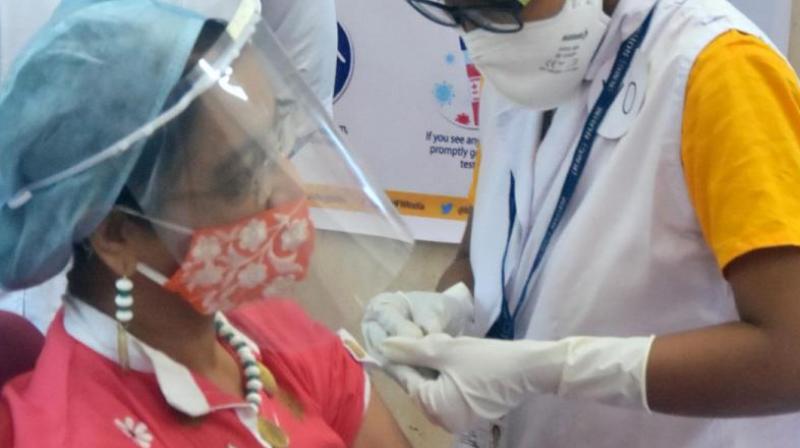 Second, Kerala’s vaccination rate is equally far ahead of the rest of the country. (PTI Photo)

It’s a strange paradox that sometimes the more we find out about things the less we seem to understand them. That is true of the first subject I shall write about today. Of the second -- and you’ll soon discover what it is -- we’re simply ignorant. No one has bothered to tell us. Not even -- or do I mean particularly? -- the media.

The subject that we know a lot about, albeit one-sidedly, is the Covid-19 situation in Kerala. The known facts are worrying. The state represents two to three per cent of the country’s population but for almost a week it has added over 20,000 Covid-19 cases each day, often touching 50 per cent of the national daily increase. The “R” number is 1.1 and the positivity rate around 12 per cent. Seen by themselves these facts are troubling, and understandably so.

However, place them in a fuller context and the picture that emerges alters considerably. This is the part we’re only dimly aware of. First, the fourth national sero-survey has established that while nearly 68 per cent of the country has been infected, the percentage in Kerala is just 44. The difference was equally stark in the earlier three surveys. They showed the national rate to be 0.7 per cent, seven per cent and 24 per cent. The figures for Kerala were 0.3, 0.9 and 11.6 per cent respectively. This means that Kerala has done a much better job protecting its population than any other state in the country.

Second, Kerala’s vaccination rate is equally far ahead of the rest of the country: 54 per cent of its adult population have received a single dose, 23 per cent both. The national average is 39 and 11.

The same story is true of testing. On average, Kerala does between 140,000 and 160,000 tests a day. At least once last week it did 196,000 tests. In comparison, West Bengal, with three times the population, does only 50,000 daily tests. Consequently, Kerala has done 4,587 tests per million, the highest of India’s large states. In contrast, Uttar Pradesh, with a much biggest population, has only done 1,052 tests per million. The national figure is almost four times less than Kerala’s at 1,280.

A simple conclusion follows: Kerala has done more than any other state to protect its people both in terms of vaccination levels and low sero-positivity. Not surprisingly, this reflects in the state’s healthcare statistics. Cases may be increasing at over 20,000 a day but Kerala’s Case Fatality Rate is only 0.5 per cent. That’s almost one-third of the national figure of 1.3 per cent. Consequently, occupancy of hospital beds, ICUs and ventilators is less than 50 per cent. Kerala’s healthcare system is well in control of the situation and not under pressure. Finally, excess deaths are estimated to exceed official Covid deaths just 1.2 or 1.6 times, the lowest of all states.

So why is its daily increase in Covid cases shooting skywards? There are three possible reasons. Prof. Gagandeep Kang, a member of the Covid Working Group, says this is “best explained” by the state’s low sero-positivity. The percentage of people that remains vulnerable is greater than in any other state. Put differently, it means Kerala is further from herd immunity than any other state. So, the virus has more people to infect.

She also offers a second reason. Kerala’s high testing rate and its smart targeting means it’s more successful at identifying positive cases. The under-reporting established by the latest sero-survey makes this clear. For every positive case identified Kerala misses six. Look how different the rest of India is. For Bihar it’s 59, for Madhya Pradesh 83, and for Uttar Pradesh 98. For India as a whole, it’s 33 missed for each identified.

A third set of reasons has been suggested by the Centre. First, Kerala made an avoidable mistake in relaxing restrictions over Id-ul-Zuha. This is, no doubt, undeniable. But, importantly, positivity in many minority-dominated districts is among the lowest. So don’t jump to the conclusion that Muslim parts of the state are pushing up the daily case rate!

A second suggestion, attributed allegedly to the special team sent by Delhi to Kerala, is lax monitoring of people in home isolation. The state’s healthcare officials are said to be fatigued, and thus people supposed to be isolated at home are moving freely in their neighbourhood. If that’s happening, it will clearly fuel the virus’ spread.

Gagandeep Kang’s conclusion is Kerala must further restrict movement, meaning impose local lockdowns, and increase the RT-PCR component of testing. She says there are no grounds for complacency. But she also adds there’s “not a lot to worry about”. Despite the Id lapse, she says, Kerala’s done “an outstanding job controlling the spread of Covid”. In fact, she believes it’s “a role model for the rest of the country”.

Now, very briefly, to the subject that we’ve ignored despite its undeniable relevance and importance. I’m referring to Bhramar Mukherjee’s recent paper on the Narendra Modi government’s handling of the second wave. Dr Mukherjee, a world-renowned epidemiologist at the University of Michigan, asked the question: “Could timely nationwide non-pharmaceutical interventions (lockdowns) have mitigated wave two in India?” Her answer is an unequivocal yes. I shall present her key facts and conclusion. You can decide if you agree or not.

Dr Mukherjee’s paper says if a moderate lockdown was instituted in mid or late March, daily cases would have peaked at 20,000 and 49,000 respectively, instead of 414,000. This means by April 15, approximately 2.6 million cases could have been averted, and by May 15 nearly 12.9 million. That would have been a reduction of 97 per cent of cases.

Dr Mukherjee’s paper offers a similarly startling conclusion about deaths. Even with a moderate lockdown beginning mid or late March between 97-109,000 deaths could have been averted by May 15. That’s 90-98 per cent of the 112,000 deaths between March 15 and May 15.

And now her conclusion: “Had action taken place at any time in March, it’s plausible more than 90 per cent of observed cases and deaths between March 1 and May 15 could have been potentially avoided.”

Why on earth has our media kept quiet about these findings? It’s not that Bhramar Mukherjee is unknown to them. Alongside Ashish Jha, she’s possibly the most quoted epidemiologist based in the West. Could it be fear of the government’s response that led them to bury these findings? I know my answer. What’s yours?

The writer is a television commentator and anchor