The judiciary has Nawaz in its sights

Two rounds in the Supreme Court have produced no evidence against Nawaz or his progeny. 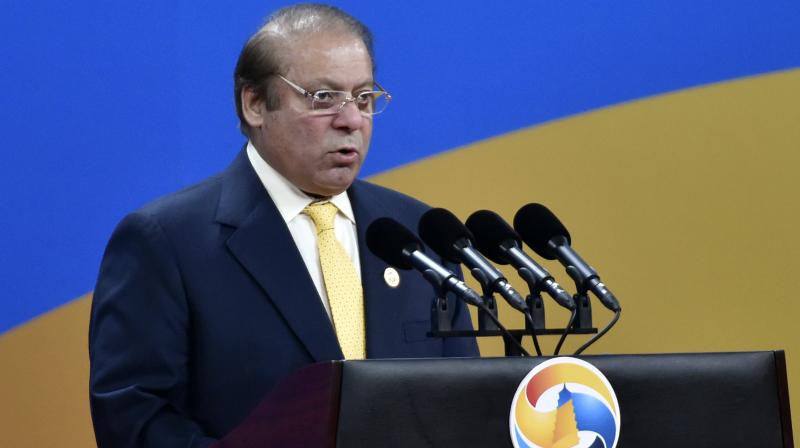 Well, this wasn’t supposed to happen. The month of quiet is upon us, a time to power down and mostly forget about politics.

But here we are. So here goes. Both sides are to blame, but fear of contempt causes most to tiptoe around inconvenient facts.

So we’ll stick to the political lot. The N-League has a theory, but before that the facts. Two rounds in the Supreme Court have produced no evidence against Nawaz or his progeny. Joint investigation teams (JITs) are a dime a dozen and easily defeated. So why the kerfuffle?

On then to the N-League’s theory. Some of it is fact, a bunch of it is fantasy — but when you’re the government what you think matters.

The theory is this: the court is trying to oust Nawaz. Not gather evidence, not go by the book, but get the JIT to produce a report that gives the court no option other than to oust Nawaz.

The immediate reason is this: get Nawaz now in the run-up to an election and he won’t have time to figure out a way back before the general election. The longer-term reason, in the N-League’s reckoning, is this: Nawaz needs to be ousted and kept out because of his India agenda. He wants a breakthrough with India, the boys do not.

The mechanism is this: there’s six members in the JIT; the Federal Investigation Agency chap, because he reports to the interior ministry, is out of the equation; that leaves four votes needed from five.

Two are already in the bag — the boys’ representatives. Which leaves the other three: National Accountability Bureau, Securities and Exchange Commission of Pakistan and State Bank of Pakistan.

You’re catching on. The weirdness of surreptitious calls made public and a rejection of names offered until the preferred were picked out by the court itself has set up a dangerous equation.

Five specially selected votes versus one on the JIT; just four votes needed to potentially justify action. Just four votes from the start of the dreamed-of ouster.

First, to the N-League’s paranoia. It began with the dissenting judgment by the bench of five. A vicious polemic, it laid out a template for judicially sanctioned ouster.

Nothing more was needed — nothing other than a majority vote. That didn’t happen, which brought us to the JIT.

Initially, the N-League rejoiced in the majority three. But quickly it realised — potent forces were arrayed against it.

The mistake the N-League has made is that it doesn’t understand the court. There’s always, for the PML(N), a straight line between political instability and the boys.

But something funny has happened with the court. And so, at the risk of drawing the only ire that most truly fear, into the court we must delve.

The Chaudhry era was over. Hyper judicial activism was dead. The last Chaudhry acolyte on the court, Jawwad Khawaja, had passed into retirement and there was maybe one other left in the high courts. The court had reverted to tradition: cautious, slow-moving, august. It could have stayed that way but for two things, one old, the other new.

The old: a political culture of settling disputes through judicial edict. The new: a democratised, energised public demanding a better kind of state to rule over the people.

The two combined to land Panama in the courts. And the two have combined to help the court revisit the Chaudhry model.

Years since his exit, the Chaudhry model can be recognised for what it was: a crass populism wedded to a belief that power — of others — must be held to account.

That’s why Nawaz is in trouble. The court is struggling to find an identity and factions are pulling it in opposite directions.

The five-judge bench exposed the problem: the minority judgment, to borrow Army Chief Bajwa’s comments from elsewhere, was wrong but popular; the majority’s correct but unpopular.

There is without a doubt, and it’s possible to say this because the next two chief justices of Pakistan have handed down a verdict saying so, a group in the court that believes Nawaz stands disqualified.

Because disqualification will restore the pre-eminence of the court and because of a sense that the democratic project can only be nudged forwards if the political lot realise they will be held to account.

It’s probably too late now, but there lies the final mistake of the N-League: it’s sometimes bumbling, sometimes arrogant, always contradictory approach to the court triggered an impulse in the court to seek ouster as the final outcome.

The court wanted to be respected, Nawaz wanted to survive — and so here we are.

On, then, to the PML(N) games. The more aggressive the N-League is, the more likely it buys time for itself. The clock is winding down to the election and a shot at a historic fourth term. Delay in court could mean victory in the polls.

And linking the boys to the JIT’s composition and workings has a potential benefit of drawing external attention — no one wants a coup, so everyone will do whatever it takes to make the possibility go away. But the N-League games don’t change the basic problem. The court has Nawaz in its sights.