Syed Ata Hasnain | The many consequences of Imran Khan’s outswinger

An avoidable constitutional crisis has been created, which is likely to create more turbulence in Pakistan’s already fractious politics 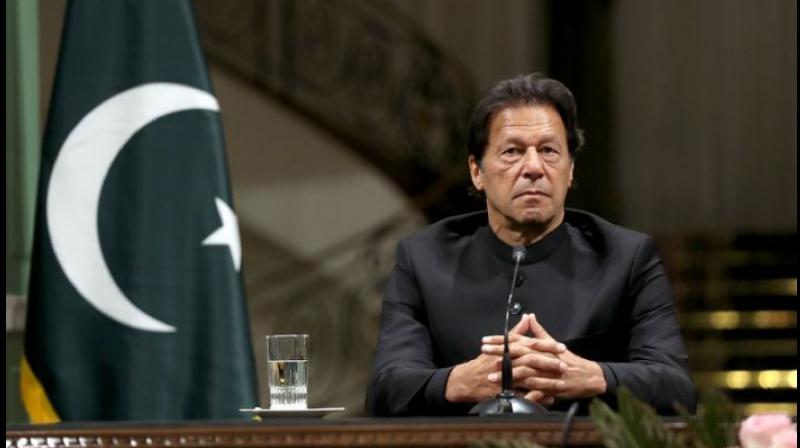 The recent happenings in the world of geopolitics have proved to be most unpredictable. First, no one could believe Russia’s President Vladmir Putin would launch a war in Ukraine, one that would lead to such misery and violation of humanitarian norms, while causing such upheaval in the international order. And now Pakistan’s Imran Khan stumped everyone by getting Pakistan’s National Assembly dissolved to stave off a potential vote on a no-confidence motion against him, which he was expected to lose in the face of a Pakistan Army-sponsored united Opposition. He also recommended to Pakistan’s President to call fresh elections; which the President obliged almost instantaneously. The Opposition, which was expected to unseat Imran Khan, and the Supreme Court Bar Council have appealed in the Supreme Court against the arbitrary action of the National Assembly’s deputy speaker. An avoidable constitutional crisis has been created, which is likely to create more turbulence in Pakistan’s already fractious politics and be none too helpful towards a deteriorating economy.

The crisis will eventually be handled with all the turbulence usually associated with Pakistan, but what exactly has caused it? It is Imran Khan’s complete mismanagement of the economy, its foreign policy and internal security that has brought Pakistan to the current state. However, blaming Imran Khan alone may also not be right since in 2018 he had inherited a failing economy. He could do nothing much to improve that situation and further faltered by creating a situation whereby inflation was recently running at almost 20 per cent. The Pakistani rupee has fallen to Rs 185 to one US dollar, the lowest in many years. It was the Pakistan Army which had experimented with a selected rather than an elected Prime Minister by putting together a coalition for Imran Khan’s Pakistan Tehreek-e-Insaaf (PTI) to lead, after he failed to secure a majority in 2018. Since the Pakistan Army has virtually run Pakistan’s foreign and security policy, and overseen decisions on the economy for a very long time, it is in no position to place the full blame on the PTI. The consequence of all this is that the Army perhaps couldn’t afford to see the further sinking of the nation and had to fall back on what were considered by it as out of favour political parties, the Pakistan People’s Party (PPP) of Asif Ali Zardari and Bilawal Bhutto, and the Pakistan Muslim League-Nawaz (PML-N) of Shehbaz Sharif and Mariam Sharif. Maulana Fazlur Rehman of the Jamat Ulema-e-Islam was also taken on board to keep the flock of radicals in support. The Pakistan Army is no longer believing in the fixation of getting into governance. It prefers to shoot from other shoulders.

However, if all is not well in the streets of Pakistan, as is wont to be in the very near future, the Army will have no option and may have to step in to steady things. Gen. Qamar Javed Bajwa is on a retrieval spree after Imran Khan put the blame of his failure on a “foreign hand”, pointing the finger at the United States.

At the Islamabad Security Dialogue, Gen. Bajwa praised the US-Pak relationship and decried Imran’s tirade against the Americans. Under the circumstances that was Gen. Bajwa’s best option because for the economy Pakistan should not expect anything from Russia, and China’s support comes with too much baggage. The trend of being critical of Russia’s war in Ukraine has suddenly picked up in Islamabad; that will definitely create some issues in the Russia-China-Pakistan linkage which in recent times after Afghanistan was emerging quite strongly.

Imran Khan doesn’t appear to be trying to recede in the background. He is reportedly already initiating things for the next election. If the constitutional crisis is not amicably resolved, and it has all the portents of escalating, Pakistan’s very unstable streets may erupt again. To add to the political issues there is always the lurking threat of radicals trying to make space for themselves through such situations. The Pakistan Army, which considers radicals as force multipliers if handled correctly, would then have to step in. It is reluctant to do so as another round of military rule will do no good for Pakistan’s image and make economic revival even more difficult. It would prefer that the current Opposition comes in to govern, and as before, the real power remains in the Army’s hands.

Another failure in governance can always be laid at the doorstep of the political parties. However, there are some differences this time. First, there are apparent cracks within the Army itself. The controversy over the appointment of Lt. Gen. Faiz Hameed, former DG ISI, as the corps commander of 11 Corps, much against the wishes of Imran Khan but on the insistence of Gen. Bajwa, has stoked apparent divisions in the Army. Lt. Gen. Hameed is much junior to Gen. Bajwa but his aspirations are obviously big. Gen. Bajwa considers those aspirations working against his potential continuation for another tenure as Army Chief. Effectively, if Gen. Bajwa gets another three-year term, with Shehbaz Sharif in power, he would have poured water on the ambitions of a generation of general officers of the Pakistan Army who would have vied to become the next Army Chief. That is a situation tailormade for rifts and cleavages emerging. Gen. Bajwa moved Lt. Gen. Hameed out from the ISI DG’s appointment as he was getting all too powerful and coming too close to Imran Khan, but in effect he also set him up to be in line for the Army Chief post, which he himself would like to continue in.

While there may be apprehensions about the Pakistan Army’s ability to control political turbulence, historically it has always risen to the challenge and managed to handle its internal differences. Fortunately for it, the situation on the borders with India is stable; the ceasefire agreed in February 2021 is holding remarkably well. It makes no sense for Pakistan to disturb that and gives it the opportunity to set its house in order without fear of having to handle issues concerning the Line of Control. For India, the emerging situation in Sri Lanka and Pakistan is worrisome. Economic disorder invariably leads to political turbulence, which has consequences in the stability of those nations; the effects of that invariably travel across the region as a whole. Remember, those who seek to promote violent terror as part of their aspirations invariably seek out such situations. It is observation time for India, but vigilance is also necessary.