The courts allow the government considerable latitude in matters of national security and in the admission and expulsion of foreigners. 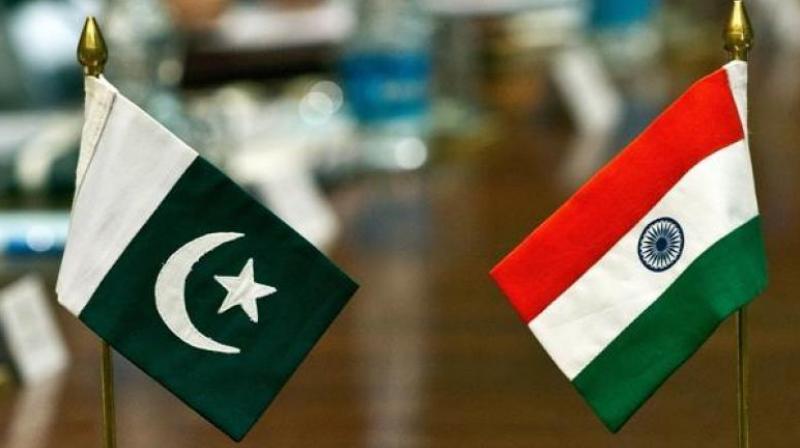 Kishwar Naheed is one of the most respected Urdu poets in the subcontinent. She was the lone Pakistani poet to make it to the Jashn-i-Rekhta festival in New Delhi from Feb 17 to Feb 19. She was obliged to leave midway when informed that she had been invited as a guest and not a participant.

The explanation that the founder of the Rekhta Foundation, Sanjiv Saraf, gave to a correspondent shows him and the Indian government in a poor light. It is self-contradictory, craven and disingenuous. “We took a considered decision in the light of the prevailing atmosphere in the country to not have any Pakistani participation. But, since the purpose of this festival is to promote togetherness and bonding, we thought of inviting a few Pakistanis as guests.”

Oblivious to the contradiction, he added: “This festival is about bringing people together and we did not want that to be taken away by some incident. We did not even apply for the permission that is required from the government whenever a Pakistani is invited as a participant at any event.”

Surely, the dreaded “incident”might have been sparked by the presence of the Pakistani guest without her reciting any of the poems that have earned her rich fame. It is equally hard to understand why he did not “apply for the permission that is required” for a Pakistani participant at an event. Apparently, since no permit is required if the Pakistani sits as a mute spectator. But the government can still grant a visa. Did it direct the organisers after the distinguished guest had arrived?

Under an official circular in force over the last few decades, prior permission of the home ministry and also of the external affairs ministry is required “for holding an international conference/seminar/workshop, etc.” on a subject that is “political, semi-political, communal or religious in nature, or is related to human rights”. A mushaira does not fall in any of these dangerous topics.

However, permission is required from both ministries “for holding an international conference” if participants are invited from “Afghanistan, Bangladesh, China, Pakistan or Sri Lanka”. A mushaira or a musical concert is neither a “conference” nor a “seminar” nor a “workshop”. The etcetera cannot rope them in.

The Modi government follows the old circular with added zeal. Saraf’s reference to “the prevailing atmosphere in the country” reveals more than he intended.

Missing in the entire discourse is one decisive aspect — the citizen’s right to meet or hear the foreigner in person. The State has a right to bar the entry of a foreigner into its territory. But it is not an absolute right. It can be exercised only on relevant and valid grounds, such as defence, security and the like. A bar for manifestly, demonstrably extraneous reasons would be bad in law.

Article 19(2) of the International Covenant on Civil and Political Rights says that the right to freedom of expression “shall include freedom to seek, receive and import information and ideas of all kind, regardless of frontiers, either orally, in writing or in print, in the form of print, or through any other media of his choice”.

The courts allow the government considerable latitude in matters of national security and in the admission and expulsion of foreigners. But the onus is on the State to establish that the acts are so related. In Kleindienst vs Mandel (1972), the US supreme court upheld attorney general Richard Kleindienst’s refusal of a visa for Ernest Mandel, a Belgian journalist and Marxist theoretician, to participate in an academic conference sponsored by Americans. The court split 6-3. Justices Douglas, Marshall and Brennan dissented. More, even the majority rejected the government’s plea that Mandel’s books were available, after all.

“This argument overlooks what may be particular qualities inherent in sustained face-to-face debate, discussion and questioning.”

In 1952, the Bulletin of the Atomic Scientists devoted an entire issue to the problem of America’s visa policy and its effect on the interchange of ideas between American scholars and scientists and their foreign counterparts. The general conclusion of the editors supported by printed statements of such men as Albert Einstein, Hans Bethe, Michael Polanyi and Raymond Aron was that American visa policy was hurting the continuing advance of American science and learning, and was harmful to our prestige abroad.

Justice Thurgood Marshall said, “It is undisputed that Dr Mandel’s brief trip would involve nothing but a series of scholarly conferences and lectures. The progress of knowledge is an international venture. As Mandel’s invitation demonstrates, individuals of differing worldviews have learned the ways of cooperation where governments have thus far failed.”

What illiberal visa policies do is to prevent civil society from acting independently of the State, to plead for change in its policies and advocate a conciliatory approach.