China’s Communist Party has only itself to blame for the devastating crisis it has on its hands. 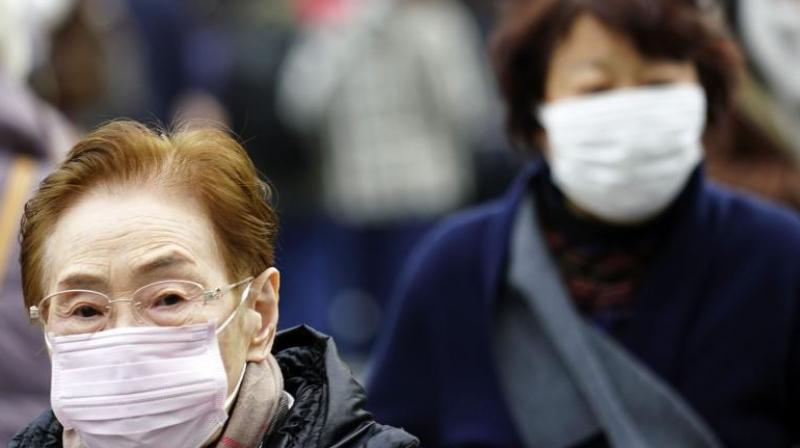 International investigators have revealed that Chinese doctors and epidemiologists who rang alarm bells in December were disciplined and their comments on social media were erased by government censors. One medical practitioner in Wuhan who was demanding urgent attention to the virus as it was proliferating was forced to confess to the police that he had engaged in “illegal behaviour”. (Photo: AP)

As the human toll of the coronavirus steadily rises, it is obvious that the epidemic represents a colossal failure of China’s top-down authoritarian political system. It has dented the carefully built-up image of China’s one-party state as a highly efficient technocratic machine that is delivering good governance and rapidly improving the lives of its 1.4 billion people.

China’s Communist Party has only itself to blame for the devastating crisis it has on its hands. The first known case of coronavirus was reported on December 8, but local party officials in China’s Hubei province, where the epicentre of Wuhan is located, did not notify the general public until the final day of 2019. Evidence that the virus was being transmitted through human-to-human contact was available with the authorities from mid-December, but China officially announced so on state television only on January 20.

International investigators have revealed that Chinese doctors and epidemiologists who rang alarm bells in December were disciplined and their comments on social media were erased by government censors. One medical practitioner in Wuhan who was demanding urgent attention to the virus as it was proliferating was forced to confess to the police that he had engaged in “illegal behaviour”.

While silencing conscientious specialists, the government aired the views of party-controlled respiratory illness experts who claimed for weeks that the situation was “under control” and that the virus’ spread was being prevented. Just when early information flow would have nipped the virus in the bud, China’s government carried out a thorough censorship drive on the Internet— the relatively unfiltered virtual public square in China— to control “rumours” about the deadly virus and maintain “public order”.

As a result of these concerted coverups and deliberate delaying tactics by China’s self-serving “party state”, approximately five million people had departed Wuhan before the travel restrictions and quarantining were implemented from January 23. As of February 4, over 20,500 cases of coronavirus infections were confirmed in 27 countries and territories, which is already more than double the 8,400-odd cases during the 2002-2003 epidemic of Severe Acute Respiratory Syndrome (SARS) that originated in China’s southern Guangdong province.

Had official China not suppressed news about coronavirus and swept it under the carpet throughout December and the first three weeks of January, it would not have mushroomed into a scary global health emergency.

Why did the Chinese government, which had been guilty of secrecy, non-transparency and belated responses during previous public health crises like SARS and the milk adulteration scandal of 2008, not learn from past errors? Its opaque political system since 1949 remains in some ways unchanged and unreformed, despite spearheading decades of astonishing state-driven economic growth and modernisation.

China’s state is more autocratic and centralised today under President Xi Jinping than it ever was since Mao Zedong. The manner in which Mr Xi has tightened the screws on all levels and layers of the vast party bureaucracy is mindboggling. His extreme cult of personality, willful constitutional manipulation, ruthless takedowns of rivals, incessant anti-corruption drives and enforcement of ideological loyalty across China’s 90-million-strong Communist Party membership have left officials cowering and distrustful.

In an environment of generalised terror permeating the state apparatus, had the Wuhan and Hubei party hierarchy conceded in December itself that they failed to adequately regulate livestock markets and contain the coronavirus, it would have aroused central government wrath. With the lunar new year celebration around the corner, upsetting the commercial and cultural extravaganzas that generate revenue for the state and keep GDP growth up, would have been deemed a cardinal sin.

Historically, dictatorships have shown an inherent tendency of not allowing bad news to go up the ranks, lest this ends up costing careers and perks. The innate tendency to pretend that everything is fine and to feed glowing periodic reports of targets achieved and progress made to the central high command has been compounded under Mr Xi’s one-man setup. In such an order, the incentives to downplay official malfeasance and avoid scrutiny are greater than the incentives to proactively address citizens’
urgent needs.

It is noteworthy that the insensitive and lethargic Chinese bureaucracy suddenly shifted gear and sprang to action to contain coronavirus only after Mr Xi’s acknowledgement on January 25 that China was facing a “grave situation” and his promise to “battle to beat the epidemic”.

Following that green signal from the “core leader” and “President for life”, the miraculous side of fleet-footed China emerged and the state began constructing mega-hospitals in a matter of days, assembling testing and treatment kits on a war footing, and enforcing tight lockdowns of densely populated cities.

The World Health Organisation (WHO) has even patted China on the back for its massive effort to combat the transmission of the virus. But WHO, whose director-general Tedros Ghebreyesus has gone to the extent of praising Mr Xi personally for his “detailed knowledge of the outbreak”, has remained mum about the crucial one-and-half month period before January 25 when China’s state acted irresponsibly toward its own citizens and to the rest of the world.

As a cautious intergovernmental organisation which relies on China for donations to its programme budget, and whose former director-general Margaret Chan was a nominee of the Chinese government, WHO is no objective judge of how China’s government handled coronavirus from day one.

By February 4, the death toll from coronavirus of 425 in mainland China had already surpassed that of SARS (348 deaths) in its entire run from November 2002 to July 2003. This happened even though the fatality rate of SARS was 10 per cent while coronavirus is at just two per cent. In other words, coronavirus constitutes the biggest embarrassment for the Chinese Communist Party in the 21st century and of the Xi Jinping model in particular.

Once the scale of the disaster could no longer be hidden, the mayor and city party secretary of Wuhan offered to resign and conceded that their administrative and information management had been “unsatisfactory”. But scapegoating local apparatchiks evades the main systemic flaw, which is Mr Xi’s over-centralisation and absolutist form of rule.

China is undeniably accumulating extraordinary economic and military power under Mr Xi’s leadership. But he is also primarily accountable for the plight of his people during crises like the coronavirus epidemic. In this surreal fairy tale, it is once again the emperor who has no clothes.