In recent weeks, some important events outline just how the Deep State’s strategy has been panning. 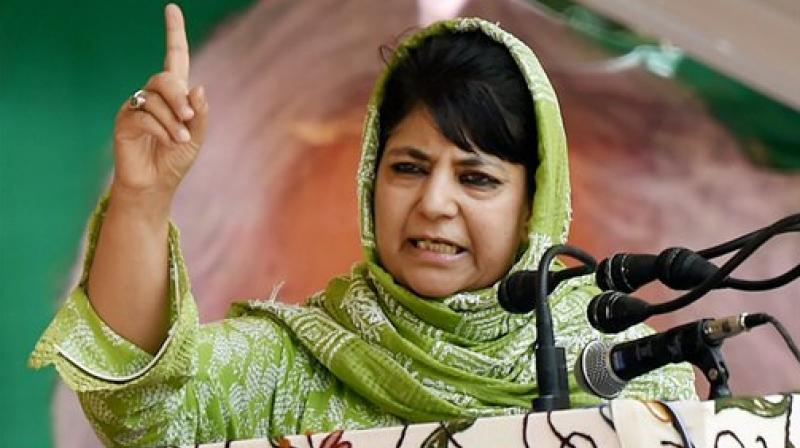 Recent incidents of stone-throwing and intimidation of the Army in Kashmir should not have surprised keen observers who are aware of the dynamics of this and other proxy conflicts. Pakistan won’t allow the stabilisation process in Kashmir to persist because turbulence there reflects the success of its core strategy. This situation has been seen in the past with varying dynamics, in 1999, 2006-07, 2011-12 and somewhat in 2015 too. However, each time Pakistan’s Deep State and the separatists were able to turn the tables with triggers which helped to recreate turbulence.

This really means India’s strategy has been effective in countering the military domain of proxy war, but failed to take that success to eventual peace. In conflict theory terms, this means that conflict stabilisation has been largely successful but conflict termination has fallen prey to the machinations of the Deep State and the separatists.

In recent weeks, some important events outline just how the Deep State’s strategy has been panning. Being aware that domination by the security forces is something India always seeks and focuses upon before any other efforts, the Deep State has focused on the social and psychological factors to enhance alienation, with women and youth the key entities. The use of mosques to run the alienation agenda is rampant with vigilantism on the rise immediately after Burhan Wani’s death in 2016. With religion, and particularly Islamic radicalism, becoming a worldwide phenomenon, especially since the advent of Islamic State (Daesh), the Islamic factor has been frequently used to show Kashmiri Muslims how they need to be outside the ambit of India’s pluralist tradition and support their faith. The frequent use of clarion calls from mosques and social media messaging to impress flash mobs to encounter sites has been a huge facilitator towards alienation. These actions ensure that after or during each such encounter, one or
two young Kashmiris die in attempting to intimidate the forces. That is sufficient fodder with a follow-up by the media and shrill demands by rabble-rousers, that helps create further alienation. With the security forces having effectively synced their operations and created better standard operating procedures the feasibility of success of vigilantes and overground workers is slowly on the wane.

The attempt to directly target the 11-vehicle convoy of 10 Garhwal Rifles near Shopian, in south Kashmir, on January 27 was a change in tactics, to give confrontation a different colour. The strategy is obviously being drafted across the LoC by observers who are keeping a keen eye on developments in the Valley. They are fully aware that an effective transition by J&K state, and therefore India, from conflict stabilisation to conflict termination will spell the death knell of the entire Deep State strategy. With dwindling strength of terrorists and arms, ammunition and other wherewithal, the ability to conduct terrorist operations has been marginalised. With low snow levels, a surge in infiltration can be expected to regain flexibility in operations. Pending that, time is slipping away. Ways and means to draw the forces, particularly the Army, into negative situations where civilian deaths can substantially increase, is the crying need for trans-LoC planners. That will also raise demands to reduce the Army’s presence so that its domination is compromised. Calls for abrogation of the Armed Forces (Special Powers) Act will get more weight from the political Opposition, and lead to embarrassment for the state government. The issue of the FIR against the Army, with much disinformation about charges against the officer of 10 Garhwal Rifles, is a typical aspect of information warfare, with doubts sowed and passions raised across India, leading to greater alienation. In such circumstances, a single spokesman and a single statement outlining the government’s position would have effectively quelled all rumours. It’s a lesson repeatedly learnt by the establishment, but never implemented. It only substantiates the need for a “Unified Command” approach, in which a spokesman speaks jointly on behalf of the state government, the Centre and the Army. The scope for controversy will lessen, but all will need to seek ways of remaining on the same page in all future contingencies.

In the light of all this, J&K chief minister Mehbooba Mufti’s bold and candid speech in the Assembly is indeed a brave one. In fact, she flagged almost every relevant issue in her 46-minute intervention. It takes courageous prudence on a politician’s part to admit and even advise the people that if they wish to see the back of AFSPA, they will have to stop their support to violent activities. The logic is simple. The Army’s largescale presence is to prevent a resurgence of violence. If violence drops substantially and for a sustained period, only then can the public’s demand for AFSPA’s removal or dilution be considered. The CM, while denouncing the misuse of mosques for vigilantism and condemning the separatist calls for bandhs, also coined a fine slogan in “Connectivity, Productivity and Employability”. The refreshing aspect of this slogan is the obvious focus on governance, but the real test is how effective this is going to be in transforming the daily lives of people in Kashmir. It has always been my abiding belief that it’s the psychological connect between the three regions of J&K which must receive the state government’s focus. The key is Jammu, which has its legitimate aspirations that cannot be ignored, and it’s through it that Kashmir must connect to rest of India. This realisation is emerging, but still insufficiently. It needs a strategic political mind to peg this to our thinking.

The need of the hour is to ensure that the Deep State’s intent of creating turbulence through diverse means is countered and a combined approach is projected. The Army’s strong presence, along with the CRPF and J&K police, is vital, and 2018 will be a crucially testing year due to the unpredictability of the Sino-Pakistani collusion on the borders and within. But the governance domain must receive the fullest support of all agencies. Stability through military domination, effective governance and increased intra-state connect must form the cornerstone of India’s strategy through 2018.