Sana Hashmi | Is India really being cautious in interactions with Taiwan?

Sana Hashmi
The writer is a visiting fellow at the Taiwan Asia Exchange Foundation and a former fellow at Taiwan’s ministry of foreign affairs and former consultant at India’s external affairs ministry.

India is a key player in the Indo-Pacific region, and Taiwan’s policies and approaches align with that of India’s 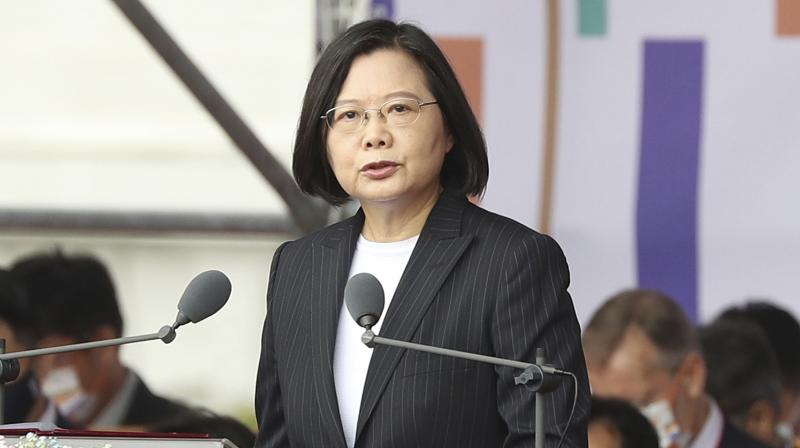 For the past two years, I have been conducting field surveys and ground research on Taiwan’s foreign policy and India-Taiwan relations. One question that has dominated my interactions with scholars and officials in the Republic of China is: “Why is India so cautious with Taiwan?”. While India-Taiwan civil society engagement is at an all-time high, the government-to-government interactions still remain limited within the scope of advancing commercial and cultural ties.

In 2018, when Air India started referring to Taiwan as “Chinese Taipei” on its website, the Indian government-backed the airline’s decision by saying that “Air India’s decision to rename the destination of Taiwan as Chinese Taipei is entirely consistent with international norms, and our own position on Taiwan since 1949”. This came at a time when India and China were trying to manage tensions and India was hopeful of achieving a breakthrough in its border dispute with China. However, now, much has changed not only in India-China relations but there is also a remarkable shift in India’s Taiwan policy.

For instance, in October 2020, when the Chinese embassy in India tried to issue an unprecedented diktat to the Indian media asking them not to refer to Taiwan as a country or a nation while reporting on it, India’s ministry of external affairs spokesperson said: “There is a free media in India, that reports on issues that they see fit.” This year, in April, when the fatal Hualien crash happened, India’s external affairs ministry spokesperson expressed condolences on the social media, saying: “We are deeply saddened by the loss of so many lives in the railway accident in Taiwan. Our deepest condolences to the families. And our prayers for the early recovery of the injured.” Taiwan’s ministry of foreign affairs responded to the tweet, that became the first social media exchange between the two foreign ministries.

While these developments do not seem to be momentous enough, for a country like India that is dealing with a seven-decade border dispute with China, this demonstrates a policy shift. India ought to be cautious and its approach will remain covert, given that it shares a huge disputed border with China, but there’s a definite rethink in India’s Taiwan policy.

Having worked closely with India’s ministry of external affairs and researched on foreign policy-making, I can say with confidence that there is definitely scope and appetite for the advancement of ties in India, but it is Taiwan that needs to walk an extra mile. Taiwan has gained bipartisan support in the United States and its relations with the European Union are also improving, but this has been an outcome of consistent lobbying with the legislators and policymakers in the West. This is missing in the case of India. India is a key player in the Indo-Pacific region, and Taiwan’s policies and approaches align with that of India’s. Taiwan should reach out to India as waiting for the latter to be proactive will be another missed opportunity.

After a gap of three years, the India-Taiwan Parliamentary Friendship Forum was revived in October 2020 that highlighted the cherished ideals of democracy. Convening the meetings of the parliamentarians from both sides will be beneficial for understanding each other’s perception and interests. Second, there is a dire need for the think tanks from the two countries to institutionalise their interactions with each other. India and Taiwan should initiate a think tank network for giving a platform to the strategic thinkers from the two countries to interact freely. In the absence of formal diplomatic ties, the Indian diaspora has played a crucial role in building bridges between the two countries. A diaspora-led initiative will lead to greater synergies between India and Taiwan.

As Taiwan’s New Southbound Policy enters its second phase, it is crucial that Taiwan considers placing India and its people at the centre of the policy and find ways to elevate ties. For Taiwan, the key to elevating ties with India is parliamentarians, think tanks and the diaspora.

For India, it is a good time to acknowledge that Taiwan, in no way, is China’s internal matter, and its security is directly linked to the peace and stability of the Indo-Pacific. Keeping silent on Taiwan means buying into China’s so-called narrative on Taiwan that will only bolster the Communist Party of China (CPC). Apart from Taiwan, India is another country that is embroiled in a protracted standoff. In such a situation, who other than India is familiar with a challenge of dealing with an aggressive neighbour. India must show support for Taiwan, and a message of solidarity should be sent to Taiwan.

It is time for India to start engaging Taiwan meaningfully through mechanisms such as the Taiwan-led Global Cooperation and Training Framework (GCTF) and even consider talks between the two ruling parties -- National Democratic Alliance (NDA) and Democratic Progressive Party (DPP).

The two countries have to accept that without interacting at different levels and understanding each other’s perceptions, a milestone in their relations cannot be achieved.