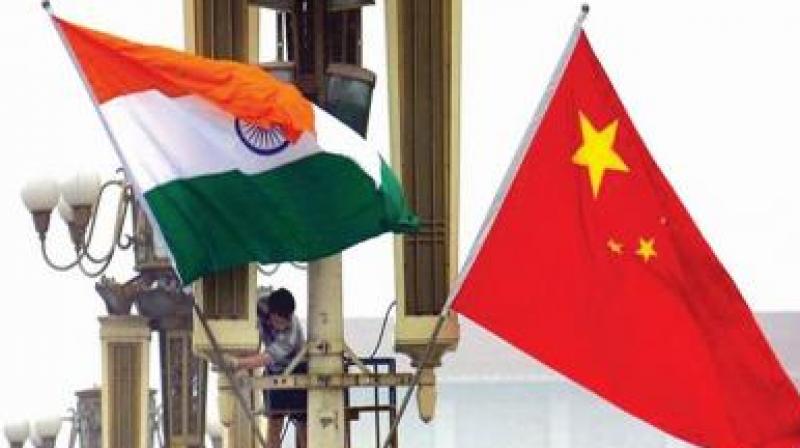 One of the problems at home, for a long time, in understanding the nature of India-China differences has been an absence of easy to read books written by knowledgeable Indian analysts. (AFP File)

Many of us were taught at school the wisdom of Robert Frost’s famous proposition: “Good fences make good neighbours”. The central message of much of the recent writing on India-China relations seems to be that good fences alone are unlikely to make for good neighbours. The border problem is not just about the border. Many analysts have come to agree with the views of Chinese American scholar Yun Sun that “Beijing sees the unsettled border as leverage to bog down India in the region and undermine its global potential”. So, even if the border problem is sorted out, the competition between Asia’s two giants will continue in a world that is in search of a new equilibrium in power equations.

What may settle this competition is not a military balance between India and China, but a closing of the yawning gap in what Chinese scholars have long defined as “comprehensive national power” (CNP). In his recent book, How China Sees India (2022), former foreign secretary Shyam Saran pithily observes: “India is a retreating image in China’s rear-view mirror.” For an India viewed as falling behind, catching up in terms of CNP is a necessary prerequisite for restoring stability to what is increasingly viewed as an unstable equilibrium between the two Asian neighbours.

When Prime Minister Manmohan Singh was preparing for his first interactions with the Chinese leadership, in 2004-05, he devoted considerable time to reading all the internal files on India-China relations from Jawaharlal Nehru’s days in office. He then sat down like a good student and diligently took notes in a tutorial offered over lunch by Singapore’s founder PM Lee Kuan Yew, someone who knew an earlier generation of Chinese leaders well. While Prime Minister Manmohan Singh, like his predecessors, sought to engage the Chinese leadership on resolving the border problem, the Chinese appeared less and less interested in doing so. Over the last five years they have in fact begun to question the very premises on which the border issue was sought to be resolved over the past three decades.

One of the problems at home, for a long time, in understanding the nature of India-China differences has been an absence of easy to read books written by knowledgeable Indian analysts. In 2004, when Dr Manmohan Singh began reading the confidential Nehru files, the only published books I could lay my hands on were Neville Maxwell’s India’s China War and John Garver’s Protracted Contest: Sino-Indian Rivalry in the 20th Century. Both Maxwell and Garver had their biases given the wider context of that time, when the West was having a love affair with post-Mao China.

To be fair, however, the Western view that India was as much to blame for the poor state of the relationship as China had a sound basis. But Indian scholarship was found wanting in making available an informed assessment. Fortunately, we now have several good books written by knowledgeable Indians that offer a balanced view of the bilateral relationship. Some of these books are based on government records now available to scholars. We did not like it when Maxwell and Garver told us that Nehru was as much to blame for the deterioration in China-India relations as Mao Zedong. But now we have distinguished Indian diplomats and foreign affairs analysts saying so.

While these books are focused mainly, though not only, on the border issue, we now also have good books written by Indian scholars on the broader India-China relationship. Vijay Gokhale’s The Long Game, Ananth Krishnan’s India’s China Challenge, Kanti Bajpai’s India Versus China, to name just a few. The Indian political leadership can no longer claim ignorance of issues as an alibi for wrong decisions. The facts on the ground are well recorded and assessments of capabilities and intentions are available. Rather than fudge facts, it is necessary for the political leadership to keep itself and public opinion informed. Joshi’s newly published book offers a detailed account of recent developments along the northern border and concludes that the risk of unintended consequences has risen. While neither side may want border clashes to escalate into a war, concludes Joshi, both need to be aware that the “enduring threat of war remains high in the Himalayas”.

The power gap created by China’s meteoric rise in the first two decades of the twenty-first century has created a situation that is best described as an “unstable equilibrium”. It is unstable for all the reasons that generate mistrust between the two, but nevertheless actions and events seem to suggest that both countries wish to maintain some kind of an equilibrium. For example, the fact that bilateral trade has been going up despite the border tensions and the Chinese leadership continues to engage with their Indian counterparts would suggest that both sides wish to maintain some control over events and not allow accidents to determine the course of events.

To manage the power imbalance, India has closed ranks with other powers on three fronts. First, it has entered into a strategic partnership with the United States, Japan and Australia through the Quadrilateral Strategic Initiative (Quad); second, it has strengthened relations with Russia, despite the invasion of Ukraine, sending a powerful message across the world; third, it is engaging several “middle powers” like Germany, France, Britain, Brazil, Indonesia and so on. However, in the final analysis, what will count is the speed with which India can bridge the CNP gap.

How helpful these strategic partnerships would be, including the Quad, would depend on how effectively they help India bridge this gap, improving its domestic capabilities and external competitiveness.