Of late, the Chinese have given a glimpse of what their true intentions are by laying claim to Bhutan’s Sakteng wildlife reserve area 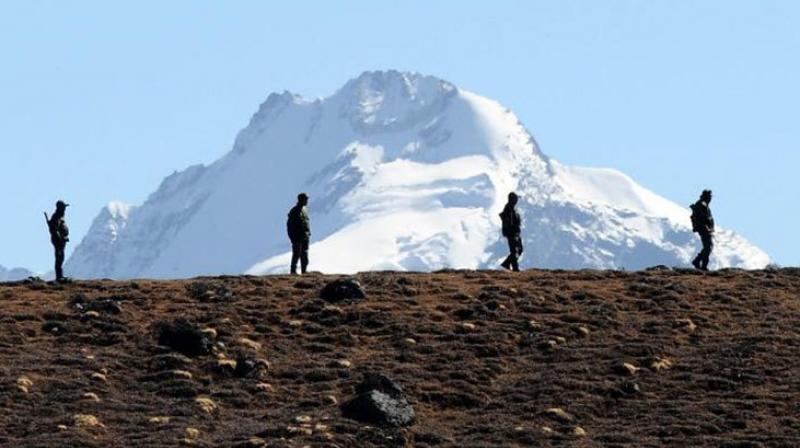 I have always believed that with having obtained by hook or crook just about all they wanted in Ladakh, the real prize the Chinese are eyeing is Arunachal Pradesh.

The Chinese have never been explicit on how much of Arunachal they seek. I once saw an official map in a travel agent’s office in Lhasa that showed only the Tawang tract as Chinese territory.

In other maps I have seen in China, they have their border running along the foothills, which means all of Arunachal or what they now call “Southern Tibet”.

The Chinese based their specific claim on the territory on the premise that Tawang was administered from Lhasa, and the contiguous areas owed allegiance to the Dalai Lama.

Of late, the Chinese have given a glimpse of what their true intentions are by laying claim to Bhutan’s Sakteng wildlife reserve area, which falls just below the Tawang tract.

When you look at this in the map, their intentions become clear. They are looking for a direct passage from occupied Tibet into the Assam valley.

The Mughals’ Imperial India spanned from Afghanistan to Bengal but didn’t go very much below the Godavari in the South.

The Imperial India of the British incorporated all of today’s India, Pakistan and Bangladesh.

It was the British who for the first time brought Assam into India in 1826 when they defeated Burma and formalised the annexation with the Treaty of Yandabo.

Only in 1886 did the British first foray out of the Brahmaputra valley when they sent out a punitive expedition into Lohit valley in pursuit of marauding tribesmen who began raiding the new tea gardens.

The area was apparently neither under Chinese nor Tibetan control: there were no protests either from the Dalai Lama or the Chinese agent in Lhasa. The British stayed put.

Tibet remained in self-imposed isolation and the race to be first into Lhasa became the greatest challenge for explorers and adventurers in the second half of the 19th century. Not the least among these were the spies of the Survey of India, the legendary pundits.

The most renowned of these was Sarat Chandra Das, whose books on Tibet are still avidly read today. As the adventurers, often military officers masquerading as explorers, began visiting Tibet, the British in India began worrying.

Reports that the most well known of Czarist Russia’s military explorers, Col. Bronislav Grombchevsky, was sighted in Tibet had Lord Curzon, Governor-General of India, most worried.

A brigade of Gurkhas and Tommies went over the Nathu La into the Chumbi valley and advanced unhindered till Xigatse.

A Tibetan military force met them there but offered what can only be described as passive resistance at a place called Guru near Gyantse. Not a shot was fired back as the British Indian troops rained bullets on them, killing thousands.

From Xigatse, Younghusband made a leisurely march into Lhasa. The British got the Tibetans to agree to end their isolation and having extracted trade concessions, withdrew in 1904 the way they came.

In 1907, Britain and Russia formally agreed that it was in their mutual interest to leave Tibet “in that state of isolation from which, till recently, she has shown no intention to depart”.

In 1913 the Tibetans declared independence after the collapse of the Chinese Qing dynasty and the establishment of a republic under Sun Yat Sen.

They drove the Chinese garrisons in Tibet into India over the Nathu La. Also, in 1913, the British convened the Simla Conference to demarcate the India-Tibet border.

The British proposed the 1914 McMahon Line. The Tibetans accepted it. The Chinese representative, however, initialed the agreement under protest.

But his protest seemed mostly about the British negotiating directly with Tibet as a sovereign state and not over the McMahon Line as such.

In 1935, at the insistence of Sir Olaf Caroe ICS, then deputy secretary in the foreign department, the McMahon Line was notified. In 1944, J.P.

Mills ICS established British Indian administration in NEFA, but excluding Tawang, which continued to be administered by the Lhasa-appointed head lama at Tawang, despite the fact that it lay well below the McMahon Line.

This was largely as Henry Twynam, Assam’s governor, lost his nerve and did not want to provoke the Tibetans.

In 1947 the Dalai Lama (the same gentleman now in Dharamsala) sent newly-independent India a note-laying claim “to some districts” in NEFA/Arunachal.
On October 7, 1950, the Chinese attacked the Tibetans at seven places on their frontier and made known their intention of reasserting control over all of Tibet.

As if in response, on February 16, 1951, Maj. Relangnao “Bob” Khating, IFAS, raised the Indian tricolor in Tawang and took over the tract’s administration.

The point of this narration is to bring home the fact that India’s claim over Arunachal Pradesh doesn’t rest on any great historical tradition or cultural affinity. We are there because the British went there.

But then the Chinese have no basis whatsoever to stake a claim, besides a few dreamy cartographic enlargements of the notion of China among some of the hangers-on in the Qing emperor’s court. The important thing now is that we have been there for over a hundred years and that settles the issue.

Arunachal Pradesh has a very interesting population mix. Only less than 10 per cent of its population is Tibetan. Indo-Mongoloid tribes account for 68 per cent of the population.

The rest are migrants from Nagaland and Assam. As far as religious affinities go, Hindus are the biggest group with 37 per cent, followed by 36 per cent animists, and 13 per cent Buddhists.

Recent census figures suggest a spurt in Christianity, possibly induced by pocketbook proselytising. In all, there are 21 major tribal groups and over 100 ethnically distinct sub-groupings, speaking over 50 distinct languages and dialects.

The population of about a million is spread out over 17 towns and 3,649 villages. With the exception of a few villages of Monpas that live north of the McMahon Line, it’s an ethnically compact and contiguous area.

It is true that historically India never had a direct border with Tibet till the British took Kumaon and Garhwal from Nepal in 1846 and extended its domain over Arunachal in 1886.

But the formidable Himalayas were always culturally a part of India and formed a natural barrier against ingress from the north, whether Tibetan or Chinese.