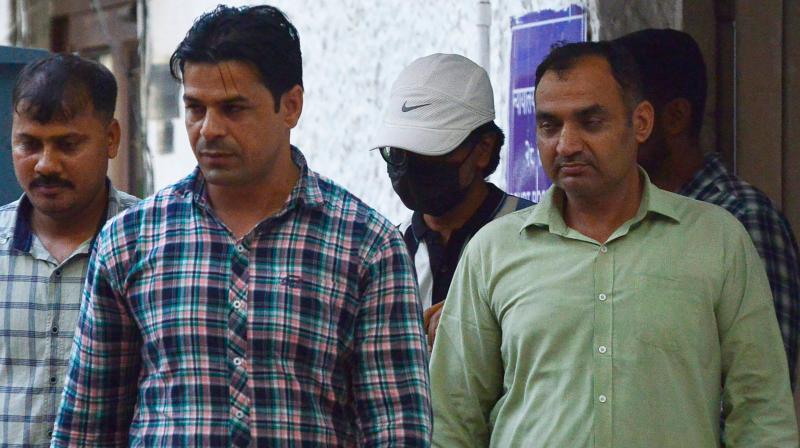 Alt News co-founder Mohammed Zubair (in white cap) is escorted by policemen at the Patiala House Court in a case related to an allegedly objectionable tweet he had posted in 2018, in New Delhi on July 2, 2022. (Photo: AFP)

The jailing of Mohammed Zubair is the latest in a line of miscarriages of justice that India’s government is inflicting on its citizens. I say India’s government because though law and order is a state subject, it is the Union government’s agencies under home minister Amit Shah that have been misusing their vast powers to destroy the lives of citizens without trial and without conviction. It’s the Delhi police, National Investigation Agency, Narcotics Control Bureau and other agencies under the BJP like the Enforcement Directorate that have gone after journalists, actors and Opposition legislators nationwide.

Zubair, the brilliant fact-checker and founder of Alt News, an alternative news organ that has roiled the pliant media space, is now in jail on such a ludicrous charge that it’s not worth reproducing.

The arguments made against him would not hold in another democracy but this is New India. There is no real complainant against Zubair except an anonymous individual who has forwarded a tweet, and the BJP has jailed Zubair and wants to keep him in custody though the tweet he has been jailed for is visible. The government has sent the police to his house and “seized” his property for no reason. Why is it doing all this? Of course, the intent is to harass, humiliate and terrorise individuals. Zubair is the person who dug out the BJP spokeswoman’s abuse of a religious figure, which led to the government having to eat its words. This current spell of action is retribution and vengeance by our government against a fellow citizen.

Legal scholar Faizan Mustafa has noted “since the promise of criminal law as an instrument of safety is matched only by its power to destroy, guarantees of due process were accordingly incorporated in the criminal procedure so that every accused person gets a fair trial”.

In the criminal justice system, the State holds all the cards. The prosecution, the police, the courtroom and even the judge come from the State. The accused is alone.

This is why justice systems have safeguards in favour of the accused and against the State. That is why we say “innocent until proven guilty”, and that is why the burden of proving criminal activity is on the State.

India has reversed that principle in several laws and this isn’t just under the BJP. The laws of UAPA (on terrorism), NDPS (for narcotics), PMLA (for money-laundering) and even on citizenship (NRC of Assam) push the burden of proof on the individual. Many harsh state laws, such as Gujarat’s GUJCOCA (on organised crime) also make the condition of getting bail so difficult as to be near impossible. But even without these laws, India is piling the burden onto the individual as we can see in the case of Zubair, and the State is enthusiastic about using its destructive power. This is dangerous and the reckless State which the judiciary can’t contain is doing great damage. It is not a healthy democracy where the government is intent on jailing people before their convictions.

The interest of the State is not in prosecuting, as we can see in the cases of the celebrities who were jailed and denied bail for weeks. Once they secure bail, the government usually loses interest and the case drifts. See what has happened in the cases referred to above. This is not about the rule of law or the upholding of the Constitution. This is about how to harass someone and keep them in jail in the first instance.

There are many who are enjoying the fact that activists like Teesta Setalvad and journalists like Zubair are in jail without being convicted. These people should realise that there is no benefit to India as a constitutional democracy or modern state from such actions. The world sees this angry state in India wreaking vengeance on individuals with a negative view. India’s diplomats will verify this. Our journey towards becoming a developed, prosperous nation becomes even more difficult when the destructive power of the law is misused in the way that it is being done now. When we set off in 1947, we did not want to come to a place where the negative energies of the government were focused on its own people.

I notice that I have not even once here referred to the positive qualities that Mohammed Zubair and his work have brought to our nation. He is a genuine hero who in another country would be honoured for doing the sort of work he has done along with his partner Pratik Sinha. It is a sad reflection of our times that such a contribution is not only disregarded by the State and large parts of society, but held in contempt and with hatred. This is New India, where our heroes and heroines are vilified and jailed by a State that is intent on damaging its citizens.