Perks and perils of self-publicity

The Planning Commission is replaced by the Niti Aayog, where Niti stands for National Institution for Transforming India. 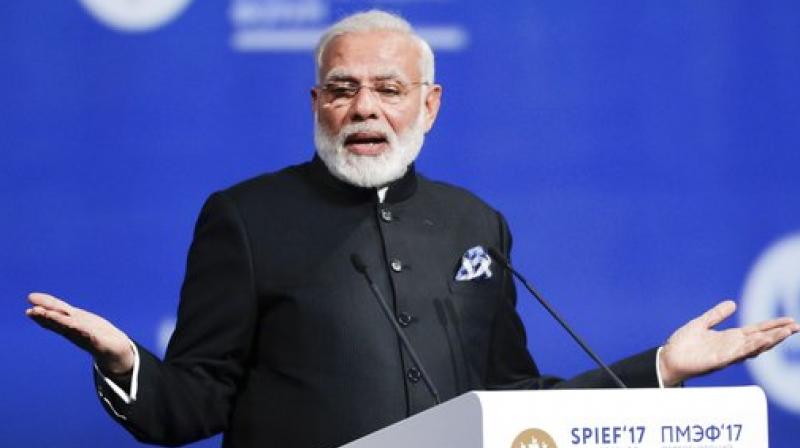 In the post-truth world, are there any limits to propaganda and publicity? Can everything be seen not for what it is but for how it is projected? Is truth a mirage created solely by the vapours of self-promotion? Or, are there diminishing returns even to publicity if what is being claimed is substantially in variance with reality?

These are questions that need answers as we try to make sense of what our current government has been up to in terms of publicity. All governments need to invest in self-promotion, but even the most savvy dispensations in this area anywhere in the world can learn a thing or two from those in power in New Delhi today. After careful study, I have a primer of what successful publicity is about. Here are the 10 big rules:

One: Make a promise even if you know that you cannot implement it, or have no intention of doing so. The promise must be appealing; it must be big and it must be made in a convincing way. A young man should feel that he will get a job. A farmer should be in no doubt that his minimum support price will be increased by 50 per cent over costs. Ordinary people should believe that black money brought back from abroad will put about Rs 15 lakh in their pockets. The people of Bihar should be convinced that a special package of Rs 1, 25,000 crore will come to them. And so on.

Two: Renege on that promise once the imminent purpose for making it has been achieved. Do so without admitting that you have done so. Say that what you said is not what the people thought you meant. Obfuscate the original assurance with caveats. Hope that people’s memories are short.

Three: If some stubborn people still remember what you had originally promised, swamp them with new ones. Talk of the making of a New India, with smart cities, bullet trains, Swachh Bharat, clean rivers, 24-hour power, digital connectivity.  Profile a dream bigger than the one you had failed to deliver. Hope that in the glitter of the new, people will forget what was promised in the past.

Four: Make full use of statistics. Use them selectively and with copious abandon. For every claim to the contrary, bring out new statistics. The statistics should sound impressive, even if their co-relation to ground realities is tenuous. Give numerical targets to all government agencies. Instruct them that their goal is to fulfill these targets, and produce the stats to show they have done so, irrespective of actual impact on the lives of people.

Five: Do not spare any money in the promotional extravaganza. Invest in full-page ads in every leading newspaper; use TV and radio to maximum capacity; get celebrities and filmstars to endorse your campaign. Every agency of the government must allocate the maximum possible budget for such vital work.

Six: Set in place a well-oiled machinery for publicity and promotion, both within and outside the government. This machinery should be super sensitive to any criticism of the government. In fact, it should anticipate such criticism, and be always prepared to counter it with a coordinated response. All senior bureaucrats should devote considerable time to this aspect, at par with the substantive work given to them. The co-option of the media, specially electronic media, must always be given very special attention. The PM’s speeches, and anything else he does, must always be given full coverage. Radio must continue the practice of Chai pe Charcha through Mann Ki Baat.

Seven: Perfect the art of the slogan and the acronym. The slogan —whether it is Swachh Bharat or Digital India or Ma Ganga or Smart Cities or Make in India or Stand Up India — should be drafted to capture the imagination of the people so that they live from one dream to another. Considerable energy should be devoted to the smart acronym. The Planning Commission is replaced by the Niti Aayog, where Niti stands for National Institution for Transforming India. Now, we have the ultimate acronym: MODI that stands for Making of developed India.

Eight: Deflect attention from the real issues by conjuring a bigger threat to the nation: anti-nationalism, subversion, sedition, beef-eating, appeasement, patriotic deficit, conversions, et al.  If the nation is under threat, does it matter if a few promises remain unfulfilled?

Nine: If any criticism begins to sound credible or threatens to acquire public resonance, quickly change the goal post. If demonetisation does not eliminate black money, announce that the real purpose was not what was originally stated but the making of a cashless economy. If inefficiency in implementation of the demonetisation exercise causes unprecedented hardships to the common man, proclaim that the goal is to take money from the rich to empower the poor.

Ten: Always question the credentials of anybody who questions your achievements. He is either congenitally anti-BJP; or, he is anti-national; or, he lacks the patriotic spirit; or, he is doing it at the behest of an enemy of the nation; or, he is personally corrupt; or, he is “politically motivated”.

This 10-point primer is designed not to fail. But — and that is the real poser — is there something called publicity fatigue?

Can people, at some point, begin to think that behind all this publicity, what is the real takeaway? Have enough jobs been created? Has the condition of farmers improved? Have economic investments increased? Why has the GDP growth been below estimate? What is our strategy towards Pakistan? Why are so many of our brave soldiers being martyred on an almost daily basis? Are our cities actually cleaner? Whatever happened to all the hype of improving the ease of doing business?

The real challenge to the government’s publicity machine will come when these questions begin to coalesce and acquire a pan-Indian scale. If things continue like this, that day may not be too far.