Opinion   Columnists  04 Apr 2020  Farrukh Dhondy: Cult of cow urine not the only history Indians, Persians have in common
Opinion, Columnists 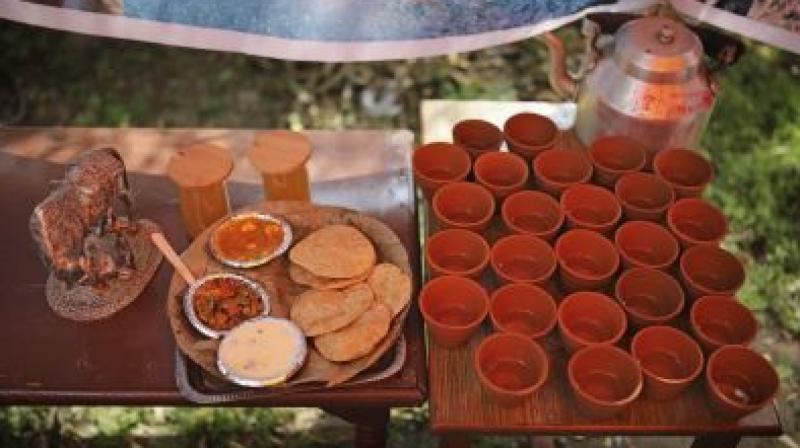 The Parsi Navjote ceremony involves taking a sip of cow’s urine while pronouncing the Avestan prayers. So, there’s another Aryan prescription that comes down to us through centuries. (PTI Photo)

“The weakest of poetic lines
Is inspired by parking fines
The most pathetic love letter
Needs Cupid as Interpreter
Prophetically always a lie:
The end of the world is nigh!”
--From Mighty Armity by Bachchoo

I read on my computer a newspaper report, which says that a distinguished Indian actress called Bhumi Pednekar is reading my first book of Rumi translations. Its cover is displayed in the article. Now, apart from the reassurance that Indian actors (some) are individuals of depth and discrimination, this means for me a clear profit of Rs 30 that my agent will send in time. Every little helps.

I shall now seek out the films of Ms Pednekar and return the compliment.

I have used this isolation to complete a second volume of Rumi translations, which HarperCollins will publish in July and then, also for Harpers, a selection from the work of the later Persian poet Hafiz…. (Enough self-advertisement, get on with the column! — Ed.)

The most enlightening thing I’ve read in this bleak time is a few chapters he sent me of a new book, which my friend the great historian Charles Allen is currently writing. It’s about the Aryans, their descent into India and Persia and their ritual use of the drink they respectively call Soma and Homa. The S of India often becomes H in ancient Persian, so Sindhu to Hindu and Soma to Homa.

What Charles has perhaps missed is that both cultures have inherited the cult of cows’ urine. This thought was prompted by the fact that a Swami in India has pronounced that drinking cow’s urine will cure Covid-19. As I’ve said in this column some weeks ago, cows’ urine is impossible to order by courier in London and isn’t stocked by Sainsbury, Marks and Spencer or anyone else, so we Londoners have to do without the miracle cure. People in the countryside in Wales and Scotland are luckier.

Nevertheless, this recommendation of cow’s urine by a Hindu Swami brought back memories of our Parsi Navjotes, our thread ceremonies through which the young are literally ‘invested’– clothed in a vest – into the Zoroastrian religion. The ceremony involves – you guessed it, gentle reader! – taking a sip of cow’s urine while pronouncing the Avestan prayers. So, there’s another Aryan prescription that comes down through centuries.

I might even point out to Charles that he has in his researches missed out on the third branch of Central-Asian-nomadic Aryans who found their way to Europe and have also inherited a tradition which uses bovine excreta. Admittedly, this is a variant on the drinking of cow’s piss and uses the excreta of bulls, not to eat but for another curative purpose. So, if someone says to an English-speaking descendant of Aryans that cows’ urine will cure Covid-19, he or she may reply with the epithet: “Bullshit!”

Apart from doing this little service to Charles Allen, I have in my isolation thought of other hints and corrections that I intend to pass on to historians and writers. There is a whole list of these and perhaps, gentle reader, you can add to them while you too are self-isolating.

Let’s start with the most ancient. It has been asserted by eminent authority that Indians invented and practised the surgical art of the transplant of human organs and parts. As evidence they quote the transplanting of an elephant’s head on the god Ganesh when he was decapitated. I would respectfully point out that this operation didn’t take place in the land where the Ganga flows. It took place in Swarg where Ganesh, his mum and dad live. It is in fact sacrilege to attribute the restorative miracle of God Shiva to some human surgeon.

But coming down to earth, one essential correction to Alexandrian history is that in his conquest of the Indian lands west of the Indus, he defeats a king called Porus. Some idiot historians have said the name Porus is a corruption of the word ‘Purush’, meaning ‘man’ in Sanskrit. It’s no such thing. Porus is a common Zoroastrian name – there are many Parsis who are still called Porus, including my second cousin thrice removed (er… each time by the police). So, ‘King’ Porus was the Persian satrap of Darius III of Persia and governed the lands west of the Indus under the then Persian empire.

Coming to modern times, why haven’t historians noticed that Mohammed Ali Jinnah’s surname, given to his father, in Gujarati means ‘tiny’. He married Rati Petit whose father or grandfather was given their surname by the French for whom this Parsi worked and that surname in French means ‘tiny’. So, the two tinies got together and male Tiny opposed Mahatma – the big soul! Size matters!

Now to a critique which I had thought of respectfully omitting, but then considered essential. In inaugurating Indian Independence, India’s great Prime Minister, Jawaharlal Nehru gave the famous ‘Tryst with Destiny’ speech. He said “At the stroke of midnight, while the world sleeps…” without the least concern for America which was wide awake during the day… Oh well, that’s geography teaching in those days, for you!

Then of course there are the two euphemisms that blithely pass us Indians by. We say ‘mutton’ when referring to goat but as any dictionary will tell you, these are different animals. Like calling a donkey a unicorn?

And lastly, from a very early age on, hearing the Shanker Jaikishan song for a Raj Kapoor film which went “Jahan hoton pey sachchai rehti hein/ Jahan dil mein saffai hoti hein/ Hum oos desh key vaasi hein/ Jis desh mein Ganga behti hein!” which goes on in the next verse to say “Zyadaa ki nahin laalach humko…”  I wondered which country the song was about? Obviously the Ganga allusion was geographically accurate but is India really the land with truth on every lip, clean hearts, no greed…?