Politics in the age of TV: Ex-PM Abbasi leads the pack

With Khan, there was, and continues to be, a greater level of comfort and a sense of equality. 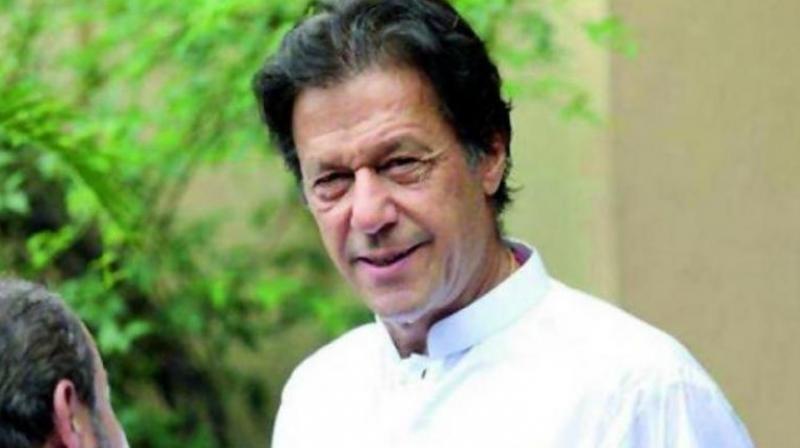 The angry politician is back on television. Last week, Shahid Khaqan Abbasi was released from jail after the Islamabad High Court allowed him bail. Since his release, he has been giving television interviews at a pace matched by few others. (In the interest of transparency, I should confess that I too have been one of the anchors/vultures who lined up outside his door after he was released.) But he is yet to match his earlier pre-jail record where he managed around two a day.

Most of his contemporaries — from any party — are not this generous with the television cameras. Former prime ministers from the PPP such as Yousuf Raza Gilani and Raja Pervaiz Ashraf are rarely found in front of the cameras except at press conferences. Perhaps this is because it is a widely prevalent view that overexposure on television is to be avoided for celebrities — be they of the entertainment kind or from the political world — but is this really true in the present age of television-led politics of Pakistan?

Consider the present Prime Minister of Pakistan. Imran Khan is a leader who is said to be — at some levels — the creation of the media. But what does this really mean?

One aspect of this was Khan’s comfort in front of the cameras; he set himself apart by agreeing to give interviews — rather indiscriminately — to a wide variety of anchors from all the news channels. This was in sharp contrast to the PML-N and PPP leadership which rarely gave interviews and when they did so, the interviewers appeared to have been carefully chosen. This is a precedent followed by the younger generation — be it Maryam Nawaz or Bilawal Bhutto-Zardari.

Khan was different; he was accessible. A television channel anchor once remarked perceptively that there was a comfort level during interactions with Khan, which was not present during meetings with the Sharifs or Asif Zardari. While meeting the latter two, much thought goes into the phrasing of the question and how it is asked, she pointed out, while with Khan one doesn’t have to worry about being deferential.

With Khan, there was, and continues to be, a greater level of comfort and a sense of equality. Even after he became prime minister, interactive sessions with him lacked the kind of decorum usually prevalent while talking to heads of states.

This enabled him to present a different face — not just because he was accessible but because he seemed less distant, and not someone who had to be treated with deference and distance. And this last is a quality that appeals greatly to the middle class, which formed the core constituency of the PTI. And he was able to present this face through the media — becoming a leader, a celebrity, a politician much earlier than coming to power. He wasn’t the only PTI leader to follow this path; Asad Umar had a similar trajectory. Umar, too, is a face of the PTI in a way that few others in the PTI are.

In his accessibility to the media, Shahid Khaqan Abbasi seems to be following a similar route — I write this with great trepidation, for the parallel will earn me brickbats from both Noonie fans as well as PTI jiyalas. But the point here is that in this age of the electronic media, politicians rarely catapult to fame because of their great oratory in parliament or just their track record — whoever gave BBZ the advice to focus on his speeches in parliament should think again. For the only politician who has shot to fame in recent years did so without spending much time in the Assembly.

And this is proving true for Abbasi as well. In the past couple of years, he has grown in stature, so much so that in the PML-N’s reorganisation, a new post was created for him and there were few who questioned why. And this was not just because he served as prime minister. Earlier, the PPP had two prime minister who were not from the party’s first family and they seemed to have made little impact. Can one say that one reason for it was their failure to be comfortable on camera? Yousuf Raza Gilani interacted regularly with journalists but in the old style — small groups were called to Prime Minister House for background interactions every week but interviews were few and far between. He left little impact despite serving for around four years.

This is not to say that their individual characteristics and abilities don’t play a role; they do. But in addition, television is not to be discounted. Abbasi was one of the few, or the only prime minister, who continued to give one-on-one interviews liberally, to those who are deemed friendly to his party as well as the PML-N’s ferocious critics. And he continued with this generosity afterwards.

And few can match his anger in the interviews. As few could match Khan earlier when both the PML-N and the PPP were accused of being a friendly opposition, leaving the PTI head to fill the vacuum.

The anger is apparently part of the recipe for success, as is the ability to appear down to earth and ‘one of us’, rather than different.

For obvious reasons, Abbasi’s path will be different from Khan’s but it will be as interesting to observe. In this age of television, he is the first from a family-dominated party to achieve this sense of celebrityhood. How will this play out in the future and will family-dominated parties change to accommodate such figures? All this remains to be seen.

But it seems that for the moment the game has changed. The past tradition of inaccessibility and distance being the mark of a big politician may no longer hold true. Instead, a constant presence on television may be a big part of the new recipe for success.