Opinion   Columnists  03 Oct 2022  Aakar Patel | Why does Indian cricket deify the batsmen, but look down on bowlers?
Opinion, Columnists

The bowler is a second-class citizen in the commonwealth of cricket. The rules are written and rewritten to undermine and deter him 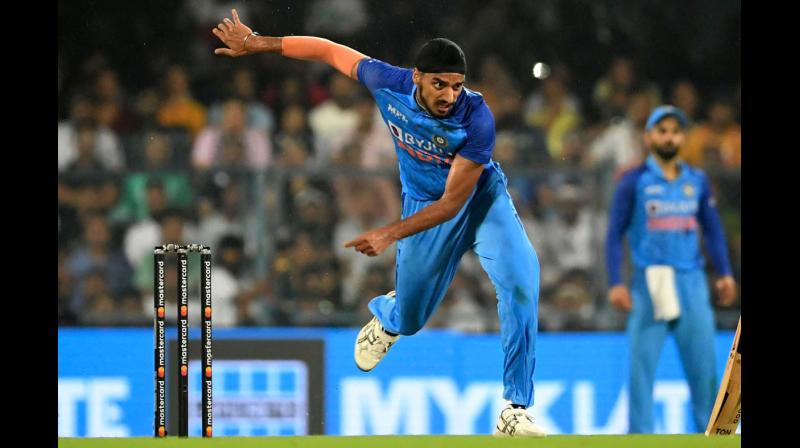 The British media and cricketers from around the world continue to whine about India’s victory at Lord’s over their women’s team. The controversy is about our Deepti Sharma running their last batter out at the non-striker’s end because she was leaving the crease. The law is quite clear here.

Deepti Sharma was condemned for following the rule. The British sentiment is that she should have offered her opponent a warning before running her out.

Of course, under the laws of cricket, the batters have simply no obligation to warn or inform the bowlers or keepers if they plan to step out of the crease on the next ball to clout it. Why is the bowler then obliged to “warn”?

The answer is, of course, that the bowler is a second-class citizen in the commonwealth of cricket. The rules are written and rewritten to undermine and deter him. We are often told that it’s a batsman’s game. But the alacrity and enthusiasm with which the International Cricket Council is beginning to make life difficult for bowlers is disturbing.

The bowler can claim an LBW if the batsman’s body comes between the ball and the stumps but the law saves the batsman if the ball pitches outside the leg stump or hits him outside the off stump (a rule brought in the 1970s).

The front foot rule for fast bowlers was changed in the 1960s, pulling the bowler further back into the crease. The limitation on bouncers is more recent. The bowler is warned after the first one, though dangerous injuries in top flight cricket have been extremely rare.

All sorts of field restrictions are imposed on bowlers, through the 30-yard circle and “power plays” and leg side limits. The ODIs have two balls, one at either end, to keep them harder and therefore making it easier to hit them farther.

Batsmen are constantly rewarded and bowlers punished through new rules like free hits, first for front foot no-balls and then, after 2015, all no-balls. The rules punish errors by bowlers immediately — no ball, wide ball, etc —  but not those of batsmen (running on the pitch) who receive a couple of non-punitive warnings.

Batsmen can get runners, can come back immediately after retiring hurt, but bowlers cannot. Bowlers can only bowl a fixed numbers of overs in ODIs and T-20s but there’s no limit on how many overs a batsman can bat.

There is no letting up on the assault against bowlers. Every new innovation seems to come specifically to undermine them. The DRS system may be seen as a bowler’s friend, but it is really not. A 2017 study showed that bowlers got a DRS decision in their favour only 20 per cent of the time, versus 34 per cent for the batters. Even the protocols of the system itself favour the bat over the ball — the batsman has to autonomy to ask for a review, but the bowler can only appeal to his captain.

Batting tactics of all sorts —  switch hits, reverse hits — are acceptable and are indeed celebrated. Bowling tactics are looked on as cheating. Greg Chappell was within the law when instructing his brother to bowl underarm against New Zealand, but he was excoriated and vilified.

Where the rules do not damage the bowler, the associations do. Australia banned the “doosra” in 2009, on the grounds that it was a chuck. The other aspect is technology, which is allowed unchecked when it comes to bats and other batting gear. Dennis Lillee had been criticised for coming out with an aluminium bat, but the modern bat is a bludgeon, very different from the wood used by Sir Don Bradman, Gary Sobers and even Sunil Gavaskar.

All this has led to damage. We must not think that it has not. Bowling has been looked down on from the time of Harold Larwood (it was Doug Jardine who devised “Bodyline” but shamefully it was Larwood who was punished for it) to the Dalit cricketer, Balu Palwankar.

In our country, where manual labour is despised, bowlers and bowling have suffered. India has for long led the world in looking down on the bowler and the data here is absolutely clear. Try making an all-time Indian XI. The batting is world class (Gavaskar, Sehwag, Kohli, Tendulkar, Dravid), and the bowling is pedestrian. Kapil Dev, Kumble, Harbhajan and Ashwin are our highest wicket takers. The first three of them average around 30 runs a wicket, and are not in the same league as the Australians or the West Indians or Pakistanis. In the list of the best all-time Test bowling averages, the highest placed Indian bowler is ranked 35 (Jasprit Bumrah), the next one is ranked 72 (R. Ashwin). If we have not been world beaters in cricket for the longest time, here is the reason — we look down on our bowlers and deify batsmen. We have been brought up on the cliche that the benefit of the doubt must always go to the batsman. But why?