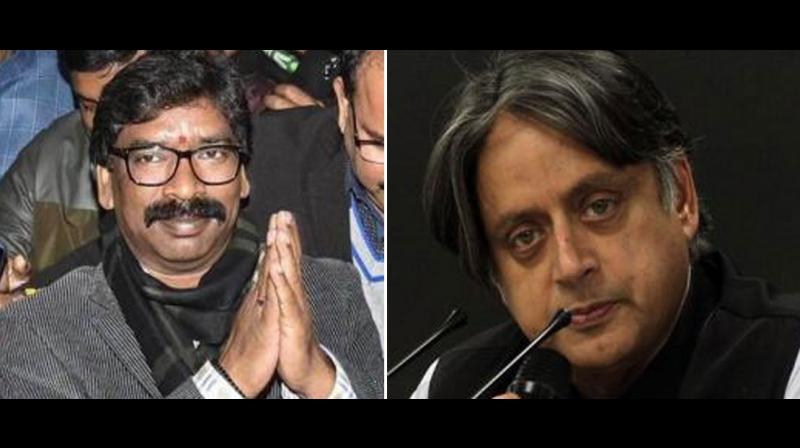 Though it is putting up a brave face, the Congress is yet to come to terms with Ghulam Nabi Azad’s decision to leave the party and the explosive contents of his five-page resignation letter. Party leaders have been instructed to ascertain if Mr Azad acted alone or there were other dissenters who extended support to him. More importantly, they have been tasked to find out who helped him draft the much talked-about letter. Everyone in the Congress is convinced that the language and the writing-style in the letter indicate it was not penned by Mr Azad. However, the party “detectives” are yet to zero in on anyone in particular though Kapil Sibal and Anand Sharma’s names are being mentioned in informal conversations. Besides finding the real author of Mr Azad’s letter, office bearers of various Congress party’s departments have also been asked to keep an eye on those who are filing nominations for the party president’s post as well as the activities of the other G-23 leaders who appear to be on the warpath once again.

Meanwhile, the members of G-23, who got together to write to Congress president Sonia Gandhi two years ago demanding internal elections in the party and an effective leadership, are not only confused about their next move but also not on the same page. For instance, not many are enthused with Shashi Tharoor’s plan to contest for the party president’s post. Leaders like Manish Tewari and Anand Sharma believe they have better credentials as they have risen through the ranks and spent many more years in the Congress organisation while Mr Tharoor is a latter-day entrant to the party. At the same time, the pro-changers are obviously not confident about contesting the October 17 election for the party chief’s post as they keep changing the goal posts. The group began by pressing for internal elections, preferring that a non-Gandhi be fielded for the post. Now that elections have been announced and someone from outside the Gandhi family is being considered for the top job, the G-23 is insisting on the publication of the electoral rolls list for a “free and fair election.” As old timers they are well-aware that the list is never published in advance and is instead made available on demand to the contestants but they hope to discredit the electoral process by pressing this point.

It is over a week since the Election Commission is reported to have recommended that Jharkhand chief minister Hemant Soren be disqualified in an illegal mining case but the governor, Ramesh Bais, has yet to act on the matter. It appears the Bharatiya Janata Party has asked the governor to go slow because the Election Commission's decision is based on rules which disqualify Mr Soren but do not debar him from contesting elections. This means that even if Mr Soren is disqualified as per the Election Commission recommendation, he will be out of office for only a brief period till a fresh election is notified. The BJP feels this could work to Mr Soren’s advantage as it will allow him to play victim and accuse the Centre of acting against a tribal chief minister. The governor is, therefore, sitting on the recommendation, which gives the BJP sufficient time to engineer defections from the ruling parties in Jharkhand. The two sides are locked in an eyeball-to-eyeball confrontation. Time will tell who blinks first.

As reported earlier, Uttarakhand chief minister Pushkar Singh Dhami is facing flak not just from the Opposition but also his own party colleagues. He is currently in the dock after reports surfaced that the chief minister’s staff members and those working with other ministers and local BJP leaders have been accommodated on the staff of the state assembly over the past few years. What makes matters worse is that those in power are unapologetic about these appointments. The Uttarakhand minister for women and child welfare, Rekha Arya, publicly admitted she had instructed the animal husbandry department to give jobs to four unemployed boys, stating that as a public representative, she had every right to write such letters. The Uttarakhand Kranti Dal was quick to take potshots at Mr Dhami. In a tweet, it described him as the weakest chief minister who was watching in silence while his ministers justified their corrupt practices. The chief minister’s hands are tied as he has been foisted on Uttarakhand by New Delhi, the tweet added.

With Rajasthan chief minister Ashok Gehlot emerging as the top contender for the post of Congress president for which elections are being held on October 17, party insiders are wondering if Sachin Pilot will be picked as his replacement in the state. It is no secret that Mr Gehlot and Mr Pilot have been on a collision course ever since this government was formed. But the Congress leadership faces a serious dilemma. Since Mr Pilot is perceived primarily as a Gujjar leader, it runs the risk of alienating the numerically-larger and more powerful Meena community given the longstanding rivalry between the two castes. On the other hand, the Congress could find itself battling another crisis if it overlooks Mr Pilot’s claim.