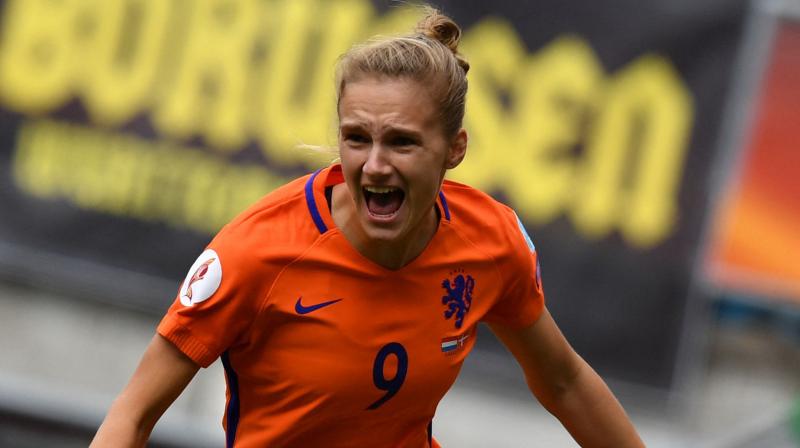 With the arrival of July we usually have a flood of sunshine — and in the past,  this was also the time when there was a floor of Indian visitors into London, as it is still much more pleasant here than the high degrees of an Indian summer. And after a few years of hiatus, we find old friends are finally coming back to their “second home”, once again.  This year will be very special, of course, as there will be joyful reunions at pubs and of course, Wimbledon!

Sports are great for bonding and especially cricket where India is also in the fray. And though I am not a great follower of the game, it is fun to be outdoors once more. Covid may be still hovering in the air, and friends continue to fall sick both in London and in India — but life, thank God, no longer comes to a standstill. We sneeze, sniffle, and carry on!

But if I am not an avid fan of cricket, I am certainly fascinated by the progress made by women’s football. And the big attraction this year is Women’s Euro 2022. Men’s football has been big business for a long time with millions being paid for TV rights, players earning thousands per week and another World Cup coming up in Qatar this year. But women’s football has had to struggle to get attention for years.  It has been compared to a tree falling in a forest which no one notices.
No longer. After much patient effort, we now have the major Premiere League clubs having their own women’s teams. (If your favourite men’s team is losing follow the women’s team and get some cheer.)  Now on July 6 at Old Trafford, the hallowed ground in Manchester, Leah Williamson the England captain will kick off the Euro 2022. From a modest start just four years ago in Netherlands and a World Cup in France in 2019 (audience of 1.2 billion!) women’s football is no longer Cinderella.

So all of July will be filled with women’s football. England is hosting so games will be played in London, Manchester, Brighton, Southampton, Sheffield, Rotherham, Milton Keynes. Watch out for it!

We are still watching the circus in Parliament. Why are so many things going wrong for the government(?) — that has been the question on everyone’s mind. Perhaps now is the time for some astrology…
Recently eyebrows were raised when one Conservative MP, indeed a Deputy Chief Whip, disgraced himself being excessively drunk and misbehaving in the famous Carlton Club, the home of the Conservative Party. So the atmosphere in Westminster is quite febrile. Every day we read about the Prime Minister facing some really tough challenges — but he soldiers on with an enviable insouciance. Now his opposite number Sir Keir Starmer is undergoing a police inquiry about breaching the Covid rules (he was photographed from afar with a pint of beer during the Covid lockdown) and has promised to resign if found in breach of rules. If he goes and Labour gets a new leader, Boris’s survival chances will plummet! Sir Keir has actually been good for the Conservatives as he not managed to really take advance of Labour’s lead over the Tories in the opinion polls… but if he is replaced, we may suddenly face a quick election this autumn.

Apart from all that, it is nostalgia time. We feel like we are back to the 1970s. There are rail strikes off and on to register the low pay railworkers are complaining about. GPs and other National Health Service workers will soon also be protesting about their wages. We have rampant inflation any way and it is likely to go up. The word “stagflation”, not heard since the days when Harold Wilson was Prime Minister, is being bandied about. The only difference is that now we can moan to each other online — unknown, fifty years ago.

Finally, we have sniffed out that museums may soon use “smells” to conjure up a certain era or an experience. Odeuropa is the name of the consortium which has come together — from varied disciplines including historians and scientists — to identify and create the most prominent smells of the past centuries. And these could be either stored for a sniff or displayed with an installation to evoke an experience…

In Amsterdam they have managed to preserve the smell of dirty canals. Now they don’t exist anymore but just a whiff will evoke the long way we have come. Similarly, I am sure someone is thinking of recreating the smell of the Thames when it used to stink so much that Parliament had to declare recess. Oh well… when the experts create the “smell” they also list the ingredients which were used. So we may find there was an astonishing number of disparate items raising a stink! All of this might be used to create a “whiff” of memory, not always pleasant — but important to remember, say the researchers putting the “Odeuropa” encyclopaedia together.