Abhijit Bhattacharyya | Why China needs to pay reparations to the world 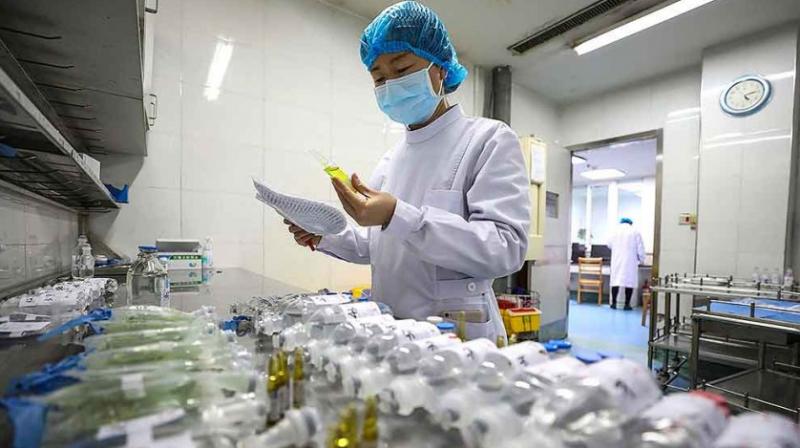 The WHO and international bodies have now, belatedly, started an investigation into the origins of the virus, but its credibility has already hit rock bottom in the eyes of most people in the affected nations. (Representational image: AP)

In an article in August last year, I had argued that the “world needs to seek reparations from China” for the all-round harm it had caused. “Covid-19 has done more damage to the global economy in six months than the two world wars did in 10 years. The Chinese origin virus has already claimed over six lakh lives, while more than 1.6 crore cases have been recorded. There is debt worth billions, perhaps trillions, of dollars and over 200 countries are on the road to ruin”, I had written.

Today, in June 2021, the casualty figures have not only multiplied several hundred times in just 10 months, but skyrocketed to astronomical levels, battering all 223 countries, minus China. Therefore, I reiterate that the world, including India, must compel the Communist Party of China’s government in Beijing to pay suitable reparations or damages to all nations that have been left devastated by the China-conceived Third World War, which is still raging. No one has been left untouched. The effects are starkly visible all over: with India’s economics, society, industry, public health, trade, commerce, security, territorial integrity and 1.3 billion people’s lives turned upside down.

No one is quite sure what lies in store for the world’s second most populous country six months from now, except to helplessly stare at the stark reality of New Delhi being in cusp of an unprecedented period of economic turbulence, caused wholly by the Chinese chemical and biological warfare germ, known to the world as Covid-19, which originated from Wuhan in 2019. The WHO and international bodies have now, belatedly, started an investigation into the origins of the virus, but its credibility has already hit rock bottom in the eyes of most people in the affected nations, which certainly includes Indians.

Thus, New Delhi continues to pay dearly for the blind trust it reposed in the congenitally deceptive “goodwill” and false “promises” of the CPC’s deceitful and duplicitous leaders and has rarely learnt any lessons.

Just consider some of the facts and figures compiled by Prof. Kaushik Basu, a world-renowned economist, currently a professor at Cornell University and a former chief economic adviser to the Government of India and former World Bank chief economist. Of 14 Asian nations (Bangladesh, Myanmar, China, Vietnam, Bhutan, Nepal, Pakistan, Indonesia, South Korea, Sri Lanka, Malaysia, Thailand, the Philippines, India), the minus eight per cent annual GDP growth of 2020 positions India last but one (above Philippines’ minus 8.3 per cent). In contrast, Bangladesh, with 3.8 per cent annual GDP growth in 2020 tops the list of 14 Asians, with China’s 1.9 per cent growth putting it in third spot, below second-placed Myanmar’s two per cent GDP growth.

In Covid-19 deaths per million population too (as of May 21, 2021), India hit nadir in descending order of 14 Asian states. Bhutan’s one, to India’s 212, and China’s three deaths per million, that clearly shows the scale of beating India has taken at the hands of the CPC-ruled dragon.

The story doesn’t end here. The quantity and quality of universal damage, maliciously inflicted by the CPC since 2019, indisputably qualifies China as the principal destroyer which must be compelled to pay reparations to the world at large, and India in particular.

Just as vanquished Germany was compelled, by 40-odd nations by the Treaty of Versailles (June 28, 1919) to pay reparations, especially to France, for starting the First World War and ravaging its neighbours. In comparison to the universally destructive 2021, 1919 appears miniscule, as China has set the whole world on fire with its lab created CBW airborne germs; killing, maiming, numbing, crippling soldiers to factory workers; farmers to college students; doctors and nurses on duty to a host of service industry personnel.

Beijing’s single-point agenda is to monopolise the world economy. In India-China bilateral trade alone, Beijing has so far profited by over $483 billion in 20 years, starting 1999-2000. In other areas too, like Chinese banks operating in India, and sub-standard Chinese automaker MG, is on a profiteering spree through high prices and poor service. India’s roads, railways, telecoms, tech are all being targeted, and the aim is to bolster China and destroy India.

Let’s translate $483 billion to India’s annual defence expenditure. Military Balance 2021, published by the International Institute for Strategic Studies, London, shows India’s 2020 defence budget of $64.1 billion standing third behind America’s $738 billion and China’s $193.3 billion. The outcome of a one-way $483 billion Chinese profit implies loss of the same amount to India — which is equivalent to seven and a half years of India’s defence budget! That’s just one segment, not to speak of several other sectoral losses worth millions/billions. One, therefore, fails to comprehend, why a battered India shouldn’t demand reparations from the CPC. After all, the world has already entered the third year of the Third World War, which has put the lives of 1.3 billion Indians under grave threat.

Paradoxically, the Wuhan-origin “Third World War CBW virus”, despite looking surreal and bizarre, has turned the much-touted cliche “world is one” and “world is a global village” into reality. The world is indeed “really one”, as all sides, except China, are “sinking as one”. In unison. Beijing’s bragging now stands out. The CPC is claiming that China has hiked industrial production, exports to the US, EU and India, and this comes amid an assault on freedom of navigation through international waters and the “wolf warrior diplomacy” targeting everyone and anyone —from Canberra to London, Pacific islands to the Balkans, along with landlocked Tibet, Xinjiang and Taiwan. Plus of course the never-ending standoff in Ladakh and tensions across the Himalayas.

Today, therefore, is a time of reckoning. The world must collectively demand reparations, as done after the First World War by the Versailles Treaty. Two articles — 231 and 232 — made Germany capitulate and agree to pay for the wilful death, damage and destruction it caused to Europe.

The prefix “re” thus becomes the economic password of battered countries: “Reconstruction, recovery, rebuild, reparations, retrenchment, repayment of war debts,” revaluation of currency and restoration of the gold standard. The twenty-first century is, so far, a “war without gunshots” (except in Ladakh), but its airborne destruction far outweighs the twentieth century firepower of the two world wars. The CPC must be forced to pay reparations, if the world is not to capitulate to the dictates of Emperor Xi Jinping. Incidentally, Xi will turn 68 on June 15, the day he killed 22 Indian soldiers in 2020 to mark his 67 years!

The writer is a Supreme Court advocate. The views expressed here are personal.