2019: Greater challenge lies before the Opposition

There is also news that wherever possible, the Congress is taking the lead in forming pre-poll alliances. 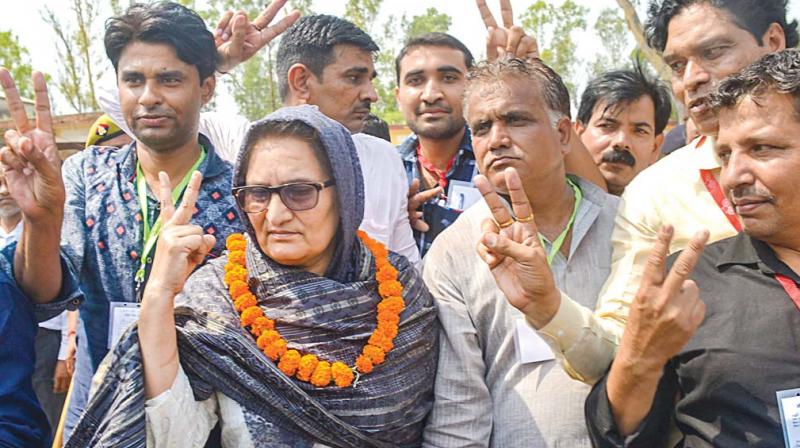 As the results came in on May 31 of the bypolls, I said on a television programme that there are three basic takeaways from the setback received by the BJP. The first is that perhaps the BJP is underestimating the possibility of Opposition unity; the second is that the BJP needs to help put the NDA house in order and deal better with its allies; and third, that there is genuine and widespread discontent and anger on the ground across a cross-section of the populace, which the BJP can dismiss only at its peril.

Thus far, the standard — and disdainful — reaction of BJP leaders and spokesmen is to ridicule the very idea of Opposition unity, or even tactical alignments. But, in several elections in the recent past — and in the last round most spectacularly in Kairana in Uttar Pradesh — we have seen this Opposition unity trounce the BJP. Is the BJP being wise then in believing that such a unity is just a flash in the pan, and in the end, internal contradictions will render it asunder?

It could be right, but politics is about the art of the possible, and the possible often becomes doable when there is no choice left. The BJP knows that so far it has been able to win most elections because the Opposition vote is divided. This happened even in 2014, when there was a genuine wave in favour of Narendra Modi. However, if the BJP knows this so does the Opposition. If the current mood is against the BJP, and the Opposition is convinced that it can successfully harness this anti-incumbency only by coming together, the BJP could be in trouble.

Of course, the onus to prove a viable alternative to the BJP lies with the Opposition. It requires a stupendous organisational and ideological resolve for the Opposition to overcome past acrimonies — even hostilities — and forge a cohesive platform that holds the promise not only of electoral winnability but effective governance. The BJP is betting — on the basis of valid precedents — that the task is so formidable that it will not happen. The Opposition is ridden with contradictions galore, where parties that hope to be friends in the future have been bitter rivals in the past. But the coming together of the BSP, SP, RLD and Congress in UP, with devastating consequences for the BJP in Gorakhpur, Phulpur and Kairana, should be a warning signal for the saffron party.

One significant change is that the largest Opposition party, the Congress, appears to be now willing to trim its national ambitions in favour of local alliances where the dominant regional party is allowed the upper hand. This was in evidence after the recent elections in Karnataka where, although the Congress was the larger party, it displayed uncharacteristic maturity in ceding the chief minister’s post to its junior ally, the JD(S). This strategy could be in evidence in other states as well, wherever the Congress is not the principal Opposition to the BJP, such as in Rajasthan, Madhya Pradesh, Chhattisgarh, Gujarat and Punjab among others.

There is also news that wherever possible, the Congress is taking the lead in forming pre-poll alliances. If this is true, it should be a matter of further worry for the BJP, since post-poll alliances are uncertain, with too many predators, and far more prone to being unstable. If such pre-poll alliances are cemented by a common programme of governance, that corresponds to the felt needs of the people, and if further, this is projected in advance to the electorate, and is able to convince it that, indeed, a viable alternative exists, then Opposition unity will become all the more difficult to rubbish.

The second thing the BJP must do is to introspect on its own record of dealing with — and making — allies. It is understandable that when a party has an absolute majority of its own and allies are only an optional bonus, there is a certain hubris that creeps into interactions with partners. But this time around, the BJP, if short of a majority as appears likely, will need allies, and could itself be a coalition. Some allies can, perhaps, be “purchased”. But most of them, including those presently in the NDA, represent substantive strengths in their own regions, with an ideology and worldview that are not entirely transactional or dispensable, and, therefore, must be respected. Unfortunately, sometimes BJP spokesperson give the impression that nothing has changed since 2014, and everybody else is essentially a supplicant in the BJP durbar.

The last point is that the BJP can no longer live in denial about the verifiable discontents in people at large against its four-year rule. There is widespread agrarian distress, and farmers who are on strike in several key states on the first anniversary of the condemnable Mandsaur firing which left several kisans dead, is living proof of this. The creation of jobs has been far below expectations. Rising fuel prices have triggered a new wave of anger across the country. Endemic social instabilities created by transparent attempts to stoke hatred and division between communities are creating disgust rather than votes. In the miasma of slogans about Digital India, Swachchh Bharat, Jan Dhan Yojana, Fasal Bima Yojana, Mudra loans, and 100 per cent electrification of villages, it appears that the BJP has forgotten to carry out a realistic audit of its own endlessly repeated claims. People perceive a visible gap between promise and delivery, slogan and reality. It does not help a party, on the verge of fresh elections, to dismiss all criticism — even constructive advice — as motivated, irrelevant or hostile.

2019 is fast emerging as a watershed year in the evolution of Indian politics. On balance, it would be fair to say that the BJP still has the strengths of a leader, an ideology — even if the Opposition does not agree with it — and a cadre. The greater challenge lies before the Opposition. Will it behave in patterns as predicted by the BJP, or will it surprise the BJP? The future is pregnant with possibilities. But one thing is certain. There must be full faith in the impartiality of the democratic process. And for that, all parties need to seriously consider whether the EVM machines need to be replaced by the ballot paper.