Arif was made Kerala gov just to spite Pinarayi govt

It is an exact replica of Article 78 which defines the Prime Minister’s duties towards the President. 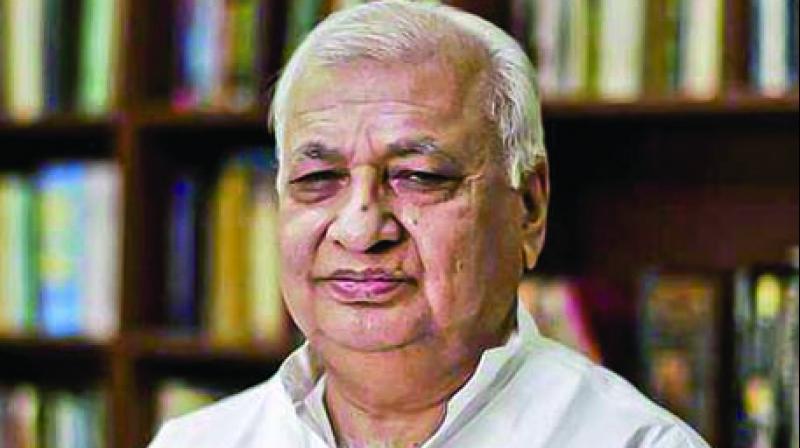 Kerala governor Arif Mohammad Khan has deliberately set himself on a collision course with chief minister Pinarayi Vijayan ever since the distinguished historian Irfan Habib rebuked him at the Indian History Congress. But the issues he has raised should be considered on their merits. They concern the right of the head of a state in a parliamentary system to be informed of the affairs of the state by the head of the elected government.

It is an exact replica of Article 78 which defines the Prime Minister’s duties towards the President. They codify the conventions that govern the relations between the Queen and her prime minister in the UK. Beneath those conventions lie a political culture which demands discretion, decency and rectitude.

The present controversy is a repeat, in a worse form, of that which developed in 1987 between president Zail Singh and Prime Minister Rajiv Gandhi (from whose cabinet A.M. Khan resigned). The President’s right to know became enmeshed in a wider plot and remained unresolved until Singh demitted his office as President. Relations between Zail Singh and Rajiv Gandhi soured first; the issue of the former’s right to know arose later. In A.M. Khan — though it is hard to keep track of the political parties he joined and left — the BJP found one of its few Muslim poster boys. His appointment as governor of a state ruled by a party opposed to the BJP was itself wrong. He was sent to make things difficult for the Kerala government, a pattern followed in all states ruled by non-BJP parties.

Distrust grew as a consequence of Rajiv Gandhi’s arrogance and ineptitude, and Zail Singh’s ambition and passion for intrigue. Amendments to the postal bill provided a flashpoint. Singh argued that it violated the right to privacy and that he would not give his assent if the bill was passed. Neither did his successor. He leaked to the press, as some governors do; a vice not confined to BJP appointees.

A.M. Khan detected a window of opportunity in the Kerala government’s opposition to the notorious Citizenship Amendment Act. On Jan 20, it was reported that a top source within the governor’s office said that it “has sought a report from the chief secretary for not informing him about the state’s move to approach the apex court against the CAA”. On Jan 13, the Left Democratic Front government had moved the Supreme Court challenging the CAA and had sought to declare it ultra vires the constitution. Attacking Vijayan, governor Khan had earlier said rulers were to be respected and that the “whims of an individual or a political party” could not influence public affairs and government business. Kerala was the first state to pass a resolution in its Assembly against the CAA.

If Zail Singh leaked to the press, A.M. Khan talks in gross impropriety. Even if the chief minister was wrong, the proper course was for the governor to write to him in confidence, in remonstrance. Singh was at the end of his political career. Khan fancies he is at the beginning of a new chapter in his career whose contents would be written by his mentor — Prime Minister Narendra Modi. Khan is out to please him.

But the three clauses of Article 167 do not support him. The first merely requires the chief minister to communicate to the governor “decisions of the council of ministers and proposals for legislation”. On the one hand, Khan challenges the validity of the Kerala Assembly’s resolution to say it is no legislation. On the other, he demands its notification to him as if it was a proposal for legislation, which it is not. It is an expression of opinion.

The next clause requires the chief minister to furnish to the governor such information as he requires on the points the clause mentions, namely “administration of the affairs of the state” and “proposals for legislation”. The state government’s decision to challenge the CAA in the supreme court — which sent Khan hopping mad — falls into neither category. A petition in the apex court is not a matter that affects centre-state relations either. They are filed a dime a dozen. The governor has made himself ridiculous by his conduct. He could do worse if he does not stop now.