Opinion   Columnists  03 Feb 2019  Unlike Brits, our leaders are under party bosses
Opinion, Columnists

Unlike Brits, our leaders are under party bosses

Unlike Britain, in India the Speaker is from the ruling party; almost all are brazenly partisan. 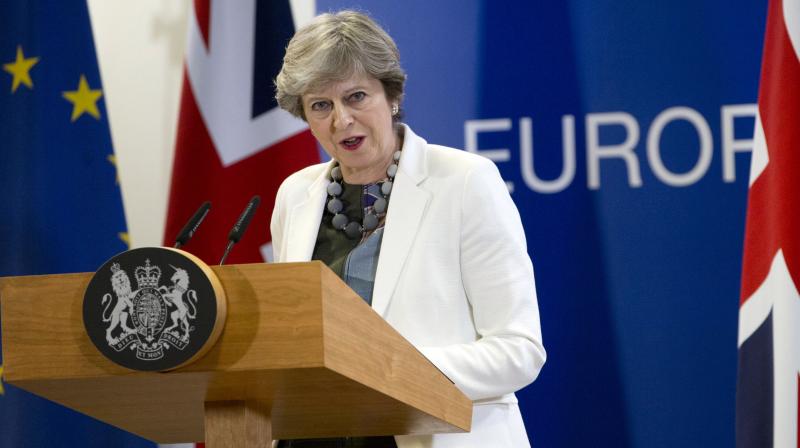 His unbiased opinion, his mature judgement, his enlightened conscience, he ought not to sacrifice to you, to any man, or to any set of men living. These he does not derive from your pleasure; no, nor from the law and the Constitution. They are a trust from Providence, for the abuse of which he is deeply answerable. Your representative owes you, not his industry only, but his judgement; and he betrays, instead of serving you, if he sacrifices it to your opinion.”

Edmund Burke’s words in 1974 are still regarded as a locus classicus on the right and duty of a member of Parliament to act according to his judgement even if it differs from his electorate. How much greater is the force of this advice if the MP is asked to subordinate his judgement, not to that of his voters, but his party bosses?

It was very instructive to watch, in one of recent debates on Brexit, how the speaker of the House of Commons speaker maintained order. MPs sat down as soon as he rose from his seat. He was conspicuously even-handed. More to the point, MPs seized the initiative from the government to dictate, as they were entitled to, what the country’s policy should be on this important matter. Prime Minister Theresa May suffered a humiliating defeat in the House because some of her own Conservative Party supporters joined hands with Labour MPs.

Strictly speaking, she should have resigned. But she decided immediately to face a no-confidence motion and won the very next day. The rebels wanted her to remain in power while maintaining their opposition to her Brexit policy. Eventually, on January 29, the two parties voted for a motion that gave her time.

Can this happen here? Uniquely among the world’s democracies, three South Asian countries (India, Pakistan and Sri Lanka) have laws to curb and penalise defections from the party on whose ticket the MP was elected. In Britain, he faces no such sanction, except withdrawal of the party whip. He is then left to his own devices, to face his constituents in the next elections and abide by their verdict on his conduct. Party leaders have been defied in several such cases.

I will confine my comments strictly on the anti-defection law in India. Its genesis lies in the defeat of the ruling Congress party in 1967 in many states, scraping through in the Lok Sabha at the Centre with a diminished majority. This provided a grim warning.

Uncertain political strengths in the state Assemblies created the wild beast Indians call “Aya Ram, Gaya Ram” and Pakistanis call “lota”. A high-powered committee on defections was appointed, and submitted its report in 1969. Months later, a virtual civil war erupted, when Indira Gandhi, driven by the old guard, split the ruling Congress. She won a huge majority in 1971 on a “progressive” platform; fought with no-holds-barred and encouraged defections. After her assassination in 1984, Rajiv Gandhi won a massive majority. His cynical cousin Arun Nehru had a wicked idea: freeze the majority by law.

All democratic solutions were discarded. Instead, a constitutional amendment was pushed through, within days of the electoral triumph, which reduced MPs to bonded labourers. Thus was the 10th schedule to the Constitution inserted. It permitted party splits and mergers. Wholesale defections by one-third of the party were permissible. Disputes were to be judged by a figure from the ruling party, i.e. the Speaker, neither by a court of law nor the Election Commission.

Unlike Britain, in India the Speaker is from the ruling party; almost all are brazenly partisan. The prescribed definition of “defection” covered violation of the party whip. In 2003, the exception regarding party splits was deleted. The whip need not be confined to motions of no-confidence or on the Budget. It can be on any matter, no matter how trivial.

There is, however, a flaw of a more fundamental nature. The Indian legislator is awarded a ticket by the party bosses in Delhi. They control the party and its purse. Where else can he go if he chooses to flout their wishes?

In Britain, parties are organised by constituency. It is the constituency party that chooses, among rival contenders, whom to give the party ticket to. The executive interviews them. They also speak before the general body. The awardee is not indebted to the party leader. He has the capacity to act according to his judgement while being bound by party discipline in most cases.

In India, the poor MP or MLA lacks this very capacity to rebel. It is easy to copy British institutions. They cut a ridiculous spectacle when they function divorced from British political culture.