Pavan Varma | Congress in decline, how long before it falls to pieces? 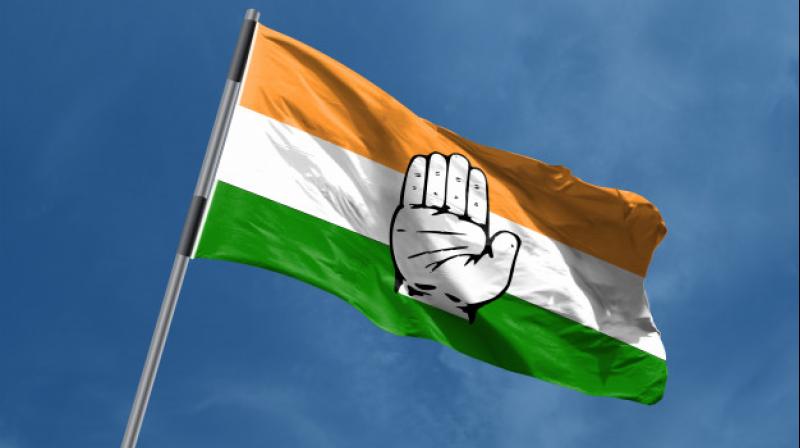 What the Congress leadership wants is speculated upon.(Freepik Photo)

Satyajit Ray’s iconic film, Shatranj ke Khiladi, based on a story by Munshi Premchand, comes to mind these days. The story, for the unfortunate few who have not seen this film, is about two declining nawabs in Lucknow obsessed with their game of chess even as the British march into Awadh and usurp the kingdom sending the hapless Nawab of Awadh into exile.

The ongoing shenanigans in the Congress party are reminiscent of the two nawabs. The party is completely absorbed in its internal conflicts, quite oblivious, it would seem, to the larger and looming threat posed by the BJP. Some snapshots of the last few days come to mind to illustrate this.

In Punjab, the Congress Party has split. Amarinder Singh, the sitting chief minister till recently, was forced to resign and has announced his decision to quit the party. The newly appointed PCC chief, Navjot Singh Sidhu, has peremptorily resigned. The new chief minister, Charanjit Singh Channi, is trying to placate Sidhu, and running from pillar to post to constitute his Cabinet and begin to govern. It is a veritable picture of chaos and confusion. This, when Assembly elections are but a few months away.

The TV footage of a busload of MLAs sent by the chief minister of Chhattisgarh, Bhupesh Baghel, to New Delhi to demonstrate his strength to the “high command”, is illustrative of the confusion in Chhattisgarh. In the shadowy world of decision making in the Congress, apparently Baghel has been asked by the high command to resign to make way for his cabinet colleague, T.N. Singh Deo, on the earlier understanding that the two would equally share the leadership of the five-year term of the Congress government. Mr Singh Deo is waiting for this decision to kick in. Mr Baghel seems to be adamant to prevent it. What the Congress leadership wants is speculated upon. No one seems to know what is really happening.  One of the few states where the Congress is still in power is crippled by the central leadership’s inability to act decisively. Again, there is drift and confusion.

In Goa, the Congress Oarty stands fatally fractured. Luizinho Faleiro, a stalwart of the Congress party, and two-term chief minister of Goa, has resigned from the party to join the TMC. Several leading Congressmen have accompanied him. In his public statement, Mr Faleiro denounced the leadership of the Congress Party and its inability to provide an effective opposition to the BJP, and declared that only Mamata Banerjee, the doughty chief minister of West Bengal, can effectively play that role. In a state which is going to the polls in a few months, the Congress is in a total mess.

In New Delhi, Youth Congress workers protested outside the home of Kapil Sibal, who had the temerity to raise certain pertinent questions about the leadership of the party and the need for change. The workers came armed with tomatoes, and such like missiles, and indulged in a wanton act of hooliganism. The so-called G-23 within the Congress — a group of leaders seeking a rethink on where the party is going and its effectiveness — is a rather tepid formation. In over a year, all its members have been able to do is to send one letter to Sonia Gandhi, the interim Congress president. At this rate they could as well have been writing lullabies. But, be that as it may, the fact that someone in the existing leadership authorised this kind of hooliganism against one of the party’s leaders for what can at best be called constructive criticism, speaks volumes for the creeping authoritarianism within the Congress, where any dissent, however remote, is seen as betrayal and equated with anti-party activity. The real irony, of course, is that at a time when Congress Party cadres should have been on the streets protesting against rising prices and rampant unemployment, the only reason for them to hit the streets was to attack another Congressman.

In Rajasthan, a crisis is brewing. The Congress is in power under Ashok Gehlot, but Sachin Pilot is keen that the promise made to him to be made the chief minister is kept, and is sulking along with his supporters. Again, everything is shrouded in a veil of mystery and speculation. Was he promised this, or was he not? Who made the promise? Is he right to feel offended, or is it just the overweening ambition of a bright young leader? The interesting thing though, is that at the height of the crisis in Punjab, the Gandhi siblings, Rahul and Priyanka, gave an “audience” to Sachin, triggering speculation that some major change is afoot in Rajasthan. To do this when all energies needed to be focused on Punjab, is to say the least, bewildering. Why open up a front in Rajasthan when the fires in Punjab have still not been doused?

But for the loyalists in the Congress, Rahul knows best. Perhaps, he is well intentioned. There is little doubt too that he does not falter in attacking the BJP. But the debilitating truth is that he wields supreme de facto power without de jure status. He is not the president of the party; he is not a formal office bearer; he is not the leader of the legislature party. Yet he calls the shots. And, in the midst of these entire crises, there is also the enduring snapshot of the Gandhis leaving for a suburb of Shimla for a holiday.

The Indian National Congress is greater than what its current situation is. It is the party that fought for India’s freedom. Its values are enshrined in the Constitution. It has produced innumerable stalwarts who have immensely contributed to the nation. Above all, it is the country’s largest Opposition party, with a pan-Indian footprint. The million-dollar question is that if it cannot live up to its past, and play the role it must, how long can this vacuum sustain, or will some other entity replace it?