Extension for Gen. Bajwa perhaps not a good idea

The reality is that most civil servants have not cultivated many interests outside their jobs. 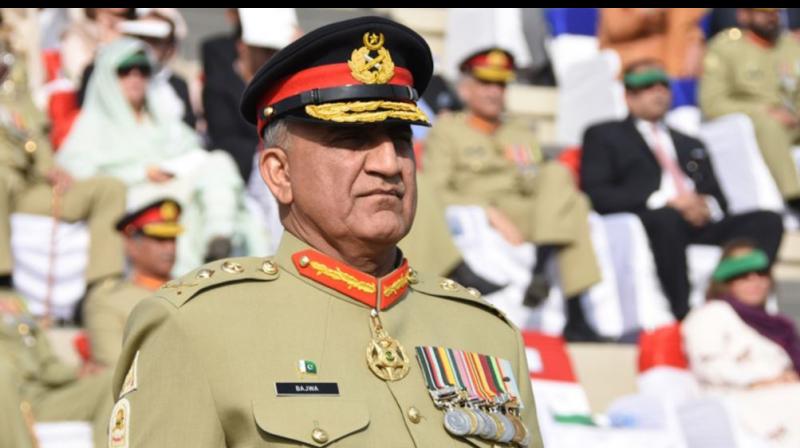 If you ever go to a farewell party for a civil servant thrown by his colleagues on his retirement, you would be excused for thinking you had stumbled into a funeral.

Solemn speeches are made about the retiree’s real and imagined virtues. In his turn, he states, usually falsely, that it was a privilege to serve with such outstanding colleagues. They have passed the hat around to pay for the meal and, at the end, a farewell gift is handed over. Usually, this is a copy of the Holy Book on the assumption that the recipient will now have all the time in the world to study the scriptures.

The reality is that most civil servants have not cultivated many interests outside their jobs. A few play golf or bridge, but mostly they hang around the house, making a nuisance of themselves fussing about the expenses. Their spouses wish they would get out of the house more. But when they do, it’s usually to offices where they worked in before, boring younger ex-colleagues to death with long-winded stories about their bureaucratic battles.

No wonder senior civil servants often spend the last year or so of their careers tapping all their contacts in increasingly desperate efforts to get an extension. Anything is preferable to the years of boredom and irrelevance that stretch ahead.

Gen Musharraf, when asked how it felt to finally retire from the army in 2007, reportedly replied that doffing his uniform was like peeling off his skin. He, of course, served as army chief for nine years, far longer than the normal tenure of three years.

Before retiring, he appointed Gen Kayani as his successor, thinking he would protect him if the need arose. Wrong. As several politicians have learned to their cost, the top brass serves the institutional interests of the military, and not those of the political leadership. Kayani was granted an extension by the PPP government in the expectation that there would be a quid pro quo in the form of firm support from GHQ. Zardari was mocked by Imran Khan for the extension, but now the PM has found it expedient to grant a similar favour to Gen Bajwa. In both cases, “national security” was cited as the justification.

His predecessor, Gen Raheel Sharif, on learning he would not be given an extension by Nawaz Sharif, took the Saudi silver and moved to the kingdom to lead a ghost army. Rumour has it that the former PM used his contacts in Riyadh to get the retiring general the million-dollar-a-year sinecure.

There is only one top job in the army, so when the chief of army staff gets an extension for three years, some of the three-star generals in line for promotion have retired when the next opportunity arises. Fortunately, our army is too highly disciplined for any resentment to surface.

When Gen Sharif was ending his tenure, thousands of posters with his portrait appeared mysteriously across the country, urging him to stay on. To this day, we have no idea who was behind this campaign. The idea probably was that Nawaz Sharif would be panicked into granting the general an extension.

When I took early retirement from the civil service to head a private university, I surprised colleagues who thought I would make it to grade-22. I have no regrets over my decision, and 30 years of shuffling papers seemed quite enough. I have also been fortunate in having a small skill with words, and in the ability to simplify complex issues. I have always enjoyed reading, and later in life, cooking has become a serious hobby.

The point of a fixed retirement age is to open up promotion opportunities to junior officers, and to allow new ideas to enter government departments. Too long a stint by a boss stultifies already rigid official thinking.

Also, there comes a point in all our lives when the body is not as fit as it once was, and the mind loses some of its edge and focus.

In certain demanding jobs like those of the army chief, these are crucial to performance.

Fortunately, our Supreme Court judges cannot get an extension beyond the age of 65. Their American counterparts serve for life, or until they choose to retire.

While we discuss Gen Bajwa’s extension, we can rejoice in the knowledge that several of our recent chief justices could not obtain an extension. Just imagine if Iftikhar Chaudhry was still chief justice…