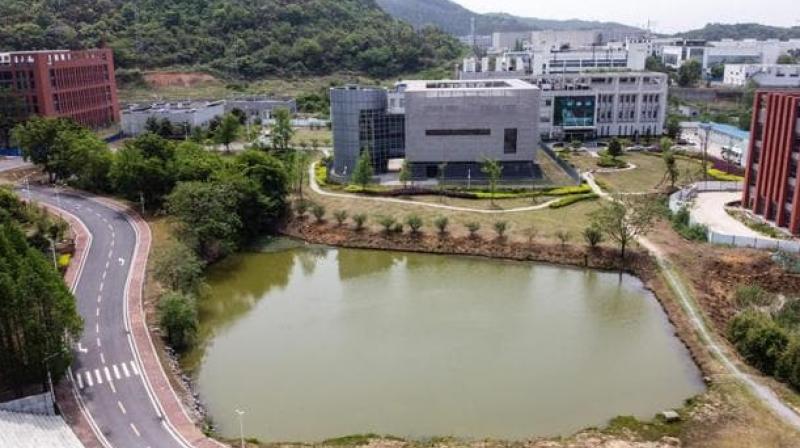 Welcome. We are joined live by nearly billions of people across the world, but the telecast of this soccer game is not being broadcast live only in China. We are just a few minutes away from kick-off of the game to decide the winner of the ultimate trophy -- world domination.

China, under its new coach, manager and captain, Xi, has prepared hard and meticulously for this match. Xi’s strategy is unclear. The rival team, “All of Mankind”, is unsure how to deal with Xi, even experts are divided. The excitement and tension among spectators is unbelievable, and it feels like a game of life and death.

Xi wins the toss against his rival captain, Donald T, who is shaking his head angrily, and claiming that the referee, Mr Who, is resorting to unfair play. Xi will kick off the ball. Against all rules, Xi has unveiled a new ball for the match. The sphere, green in colour, has tentacles on its surface. China has not revealed how or where the ball was made. Some experts feel that it was created in a lab, but a few say it was a natural mutation.

The jury is still out. But clearly China has an unfair advantage as they know a lot more about this ball, now dubbed Corona. By refusing to share information, clearly Xi is complicit as guilty as per the lab-leak theory. The game picks pace. Trump and his team mates are running around in confusion as Xi and his team are showing excellent coordination, dribbling the ball with practiced finesse, deflecting all attacks with nonchalance.

Trump is complaining about Who, the referee, who, however, is not entertaining any issues against China. “W” does not stand for Wuhan though, but World. There has been huge controversy over the selection of Trump for this match. Could he be changed midway, especially if he continues to fail in handling Corona? We will have to wait and watch.

Meanwhile, another feeble attempt at having a go into China’s half has been thwarted. China is back on the attack again.

Meanwhile, the Chinese ball, Corona, is causing discomfort to many players, as if the entire ballgame has been changed. The US, UK, Italy, Spain, Hong Kong and India are all struggling. Each player is trying to figure a way to deal with the Corona ball but in a rapidly moving game, there is hardly time for them to regroup or share their learning on the go. China is meanwhile getting aggressive with certain players — Taiwan to begin with. Taiwan has been pushed but the referee ignores the Chinese foul. China has protested against the presence of Taiwan in Mankind’s team before the game.

Now China is trying to elbow India hard but gets one back. The Mankind team protests but the referee, Who, does not stop the game or admonish China. The Corona ball game continues. Suddenly as China moves forward, Trump tries to stop Xi but fails. Xi trips Trump and the referee blows the whistle. Wait? What?

Unbelievable. Incredible. Xi fouls and Who hands him an extra. China gets a penalty kick. Mankind protests but China get a chance to take a lead. Xi prepares to kick Mankind and he does it with ease. China takes the lead. 1-0.

The coach of Mankind is looking on carefully as Trump puts up a little fight back here, taking the ball into the Chinese side. It is the Quad strategy. The US, India, Japan and Australia are moving forward with some skill. But China is not giving it up.

It is using reverse aggression tactics and is targeting India again. The India-China scuffle momentarily distracts everyone. But India refuses to budge. China now kicks in other directions. China’s selective aggression against the Philippines, Vietnam, Australia and Japan leads to anger in Mankind.

Meanwhile, the coach decides to substitute a player. No, not just any player, but the captain. Trump is out. Biden steps onto the ground but the exiting captain refuses to hand over the band. Some internal scuffle here… but matters seem to have finally settled nicely.

Can Biden change Mankind’s strategy? He has experience and great understanding about China, having been a crucial player in Obama’s Club before. Biden is pushing hard on the investigation flank. The ball is being held by Mankind for a tad bit longer as Wuhan keeps coming into the picture… Lab or natural mutation? The tactics are simple but are working. But will China wilt and relinquish its advantage? Traditionally, China believes in the Middle Kingdom domination strategy.

Biden is under great pressure, having taken charge after China took a lead. Will he go down in history as the captain who surrendered American global leadership, a trophy held since World War II? Or can he inflict enough high costs on Xi for his misadventures? Biden is getting his players to focus on the economy flank and pushing vaccine tactics. China is imitating the vaccine ploy but does not seem to have too many takers. Except Pakistan.

Meanwhile, the ball goes back to investigations into the origins of Covid. China is protesting. We are nearing the end of the play for the first half, with Xi’s China holding on to the 1-0 lead. Mankind has not even reached China’s half convincingly even once in this match, no mismatch. Europe has been disappointing in the game so far. Biden has another brief distraction on the field -- it is Israel and Palestine having a go at each other.

Most Mankind players are looking on in disbelief while China is enjoying the distraction to catch its breath. We have just a few minutes left. It looks unlikely with the pace at which Covid is moving around the global field if there can be an equaliser. Clearly, the second half is when the fate of the match will be decided.

Will Mankind adopt a more aggressive challenge to China in response to their bio-warfare tactics? Will Mankind get together strongly to remove China from the UN Security Council? Or impose a fine of $10,000 for each Covid death worldwide? Biden’s response -- military, diplomatic, economic, or a combination? We will find out when the game resumes after a break if he can make a strong comeback.

The referee blows the whistle. Halftime. The scoreline reads Mankind --0, China – 1. All the players are walking out of the ground. We will take a short commercial break. Be right back…