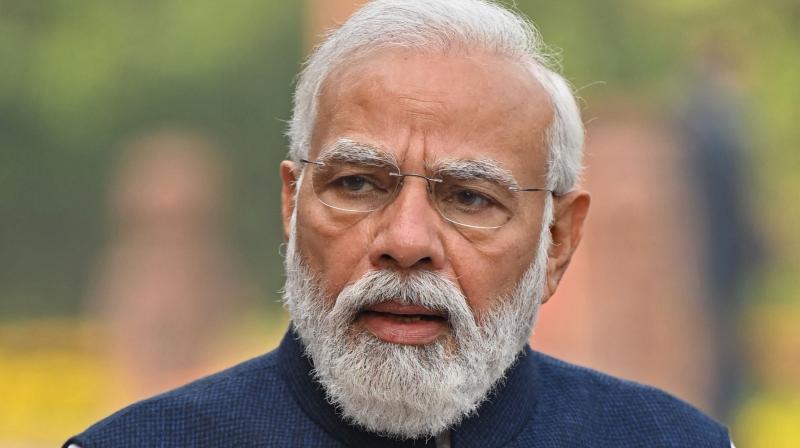 Prime Minister Narendra Modi and his government have crossed the halfway mark of their second five-year term in office in December 2021. The first six months in the second half of 2019 saw the government flex its political muscles after it had won an impressive 300-plus majority in the Lok Sabha. Mr Modi’s confidante, Mr Amit Shah, who functioned as the BJP president from 2014 to 2019, came into the government as the home minister. He moved two controversial bills, one which dismantled Article 370 of the Constitution that gave a special status to Jammu and Kashmir. He further relegated the state to that of a Union territory, under the direct control of the Central government. And it was divided into two, Jammu and Kashmir on one hand, and Ladakh on the other.

Then came the Citizenship Amendment Act 2019, which promised citizenship to the religious minorities — Hindus, Sikhs, Jain, Buddhists and Parsis — in the Muslim-majority countries of Bangladesh, Pakistan and Afghanistan. Of course, the Tamil minority in Sri Lanka was not included. There were anti-CAA protests, especially by Muslim women in Delhi. The protests across Jammu and Kashmir were pre-empted by arresting thousands -- about 4,000, according to official figures -- of people, who were later released. The J&K decision is in a shambles. And no brownies points accrued from the CAA 2019 either.

The election victory, however, did not help finance minister Nirmala Sitharaman. Her first Budget in July 2019 had to be supplemented by stimulus packages for the automobile, housing and the micro, medium and small industries (MSME) sector in August and September. It is now recognised all around that the economy had slowed down much before the outbreak of Covid-19 in December 2019 and reached Indian shores by the end of January 2020.

The years 2020 and 2021 have been spent by the Modi government in responding to the Covid-19 pandemic, fumbling now, moving decisively in fits and starts, as in imposing a nationwide lockdown as a precautionary measure to stop Covid-19 in its tracks on March 25, 2020. By the end of May 2020, the lockdown had to be tapered off as the infections spread and grew. The governments — at the Centre and in the northern states of Uttar Pradesh and Bihar — stumbled when they did not know what to do with the migrant labourers. They were barricaded from moving till the end of April 2020, and then allowed to go. Tens of thousands and more walked along the highways back to their villages in Uttar Pradesh and Bihar.

The two states’ chief ministers did not want the migrants back initially, though arrangements were made to get back middle-class students who were stuck in the IIT entrance exam coaching town of Kota in Rajasthan.

The Central government tried to make up for its ineptitude by announcing free rations to the poor people and cash sops for farmers. The poor were not offered any cash. They were given free foodgrains.

Then came the military clash with China in eastern Ladakh in May and June, and on June 14, 2020, 20 Indian soldiers were killed in a clash with Chinese troops. The Chinese, however, did not disclose the deaths on their side.

The government was caught on the wrong foot. The Prime Minister went to Ladakh a little later and addressed the soldiers. The government kept insisting that there was no Chinese intrusion, a view that became quite hard to sustain. Defence minister Rajnath Singh had to make a detailed statement in the Lok Sabha during the Monsoon Session of Parliament in July 2020, giving the complex background to the undemarcated boundary between the two countries.

The Covid-19 infection figures slowly went down in November-December 2020, and Prime Minister Modi wanted to proclaim that India had defeated Covid-19 without a vaccine. But in January 2021 came the announcement of the India-made vaccine, Covaxin of Hyderabad-based Bharat Biotech, in collaboration with the National Institute of Virology (NIV) of the Indian Council of Medical Research (ICMR), and the India- manufactured Covishield by Pune’s Serum Institute of India (SII), based on Oxford-AstraZeneca’s research.

The Central government announced a phased and sequential vaccination programme. It floundered with the state governments being unable to directly procure the vaccine from the manufacturers, either in India or abroad. The Prime Minister intervened in June 2021 to say that the Central government would procure and distribute the vaccines free of cost. The country had lost six months of valuable time, and we were told that the whole of the adult population would be vaccinated by the end of the year. The second wave of Covid-19 was at its peak in April-June 2021, and more people died -- more than two lakh --than they did in 2020. But the government seemed happy that unlike in the nationwide lockdown imposed from March 25, 2020 till end of May 2020, when economic growth plunged by 24 per cent, at the height of the second wave in the summer of 2021, more people might have died but the economy did not sink.

The government is not too worried that nearly five lakh people have died in India due to Covid-19 in the 2020 and 2021 calendar years. Or that migrant labourers had suffered in terms of economic deprivation. It is of course not the government’s fault that Covid-19 spread like a bushfire all across the country. But the government refuses to accept that these two years have been traumatic for the people of the country.

For Mr Modi and his colleagues, it continues to be politics as usual. The Prime Minister and Union home minister Amit Shah are on the campaign trail for the Assembly election in Uttar Pradesh, Uttarakhand, Goa, Himachal Pradesh, Punjab and Manipur. Yes, the PM addressed the nation on television at least half-a-dozen times in connection with Covid-19 and he has been closely monitoring the situation in his meetings with officials and chief ministers. However, for him the much more important engagement was the West Bengal Assembly election last summer, and the UP election this February-March.

This has been a bad first half of the second term in office for Mr Modi. He is the Teflon Prime Minister. The trauma of the people is just a blip in the eye of his mind. He remains focused on 2024.