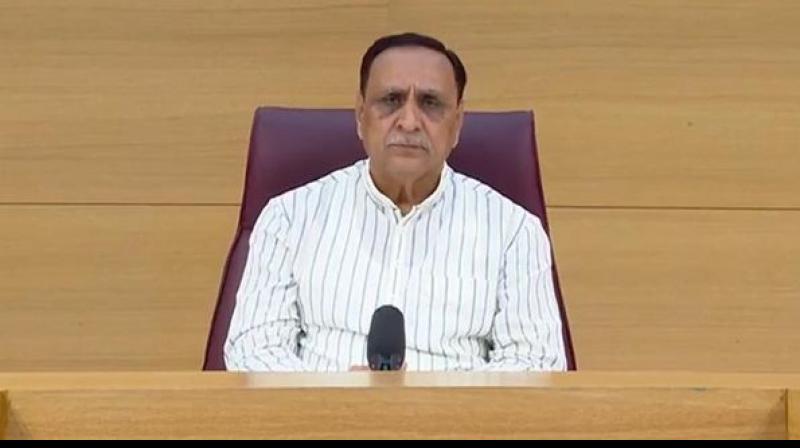 Chief minister Vijay Rupani had also hinted during a recent Cabinet meet that Gujarat was still keen to avail of his advice and services. (Image : Instagram)

Gujarat has got a new chief secretary in 1986-batch IAS officer Pankaj Kumar, but within babu circles, there is more curiosity about Mr Kumar’s predecessor Anil Gopishankar Mukim, who completed his extended tenure. It’s not game over yet for Mr Mukim.

The word is that Mr Mukim is nowhere near hanging up his boots. Chief minister Vijay Rupani had also hinted during a recent Cabinet meet that Gujarat was still keen to avail of his advice and services. Observers, however, are unsure whether Mr Mukim will stay in the state or move to Delhi where he seems to enjoy a good rapport with the power centres. It’s possible, DKB has learnt, that Mr Mukim may be retained in some post-retirement official position — either in Gujarat or Delhi.

Some babus believe that Mr Rupani could make Mr Mukim the head of the Gujarat Electricity Regulatory Authority or director of the prestigious Gujarat International Finance Tec-City (GIFT).

There is also talk that given Mr Mukim’s standing with the Centre, he could well be named the next chief vigilance commissioner or even be inducted into the Prime Minister’s Office (PMO). There are vacancies arising soon and the handpicked will be sought.

Given Mr Modi’s soft corner for Gujarat babus, that would not be surprising. Either way many believe that Mr Mukim will be rewarded for his blemish-less service.

The Supreme Court has frowned on the trend of suspension of babus for political reasons. It has directed Chhattisgarh Police not to arrest its own suspended senior IPS officer Gurjinder Pal Singh, against whom the state government has slapped two criminal cases for sedition and amassing disproportionate assets.

While the court allowed the state government to continue with its ongoing investigation against the senior cop, it noted the “disturbing trend” where governments in power initiate action against officers seen by them to have supported the previous dispensation.

This is not something new. The trend was normalized years ago.  It is even seen as the “right” of the incoming government to bring in its favourites and “punish” those who are perceived as such. In fact, rare is the instance when a government does not engage in vindictive politics with the senior babus.

Yet, it is heartening that the apex court has chosen to comment on this, not that it would necessarily mean that Singh is out of the woods. The cases against him will continue, but it may be a relief to some others to know that the Supreme Court is on to errant governments and is watching closely.

Though the chairman of the Maharashtra Public Service Commission (MPSC) Satish Gavai retires this week, the state government has started the hunt for his successor only now. Babus are blaming the flood situation in Maharashtra for having missed the deadline for filling the vacant posts in MPSC. Besides the outgoing chairman Mr Gavai, four posts of members are vacant.

Sources have told DKB that Mr Gavai had flagged the issue to the government several times. The government’s dilly-dallying has resulted in holding up the filling of some 2,000 posts, including engineers and deputy collectors.

The MPSC plays an important role in staff recruitment. It is supposed to have six members but, for the longest, it has had only Mr Gavai and another member Dayanand Meshram running the ship. Mr Gavai was an additional chief secretary in the environment department when he retired two years ago from the IAS.
Looks like recruitments in the state may be delayed even further.