Nandita Das, a well-known young filmmaker and actress, says even a superficial name change is a step in the right direction 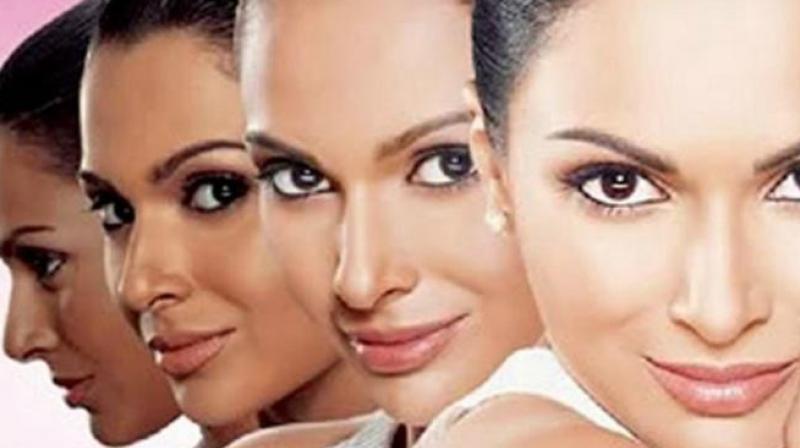 Presumably, the company hopes to reduce the fixation with colour by dropping the “fair” from its product descriptions

Whether or not Mahatma Gandhi was racist, as the BLM claims, there is no doubt that Indians are prejudiced against dark skins. The word for caste being “varna” (colour), Hindus have been charged with nursing the world’s oldest system of what became notorious in South Africa as apartheid.

Britain’s “colour bar” -- a term that is never heard nowadays -- was a relatively simple matter of preference in jobs or housing. Colour is far more complex in India for the concept of beauty, involving a light skin, also enshrines questions of caste, class and identity.

So, Hindustan Lever’s “Fair & Lovely” cream proved immensely popular because the brand went beyond looks also to sell a dream. The description spread hope. It promised acceptance and advancement to all those who had been disadvantaged by the lottery of birth.

Presumably, the company hopes to reduce the fixation with colour by dropping the “fair” from its product descriptions. Johnson & Johnson’s decision to no longer manufacture skin whitening products may also be impelled by the same revolutionary hope.

Nandita Das, a well-known young filmmaker and actress, says even a superficial name change is a step in the right direction. “At the very least, it will lead to an even wider debate about colour bias.”

If nothing else, such commercial decisions may help to reduce personal anguish somewhat. A British journalist covering the first Afro-Asian conference at Bandung in 1954 described how her African roommate would get up surreptitiously in the dead of night and creep into the bathroom secretly to use a device to straighten her crinkly hair.

That was before the defiance of “Black is Beautiful” took the world by storm. In those days, a leading Hollywood filmstar of mixed descent was suspected of being killed by mercury poisoning from the skin lightener she habitually used.

Ms Das mentions a Chennai-based organisation’s “Dark is Beautiful” campaign but the notion has yet to catch on. Matrimonial advertisements still emphasise “wheat-complexioned brides”.

Some trace colour consciousness to the tenacity with which many Indians cling to the theory of Aryan descent. It came to a head when Bhagat Singh Thind, a Sikh who entered the United States in 1913 and served with the American forces in the First World War, made history by petitioning for citizenship on the grounds that he was “a descendant of the Aryans of India, belonging to the Caucasian race (and, therefore) white...” The American courts held that Aryan he might be, but white he was not in the Western sense of the term.

Nevertheless, it is a deeply held although not explicitly articulated belief that the Hindu upper castes -- the dwija, or twice-born -- are descended from Aryans and therefore white. The unstated corollary is that the Aryan influx pushed India’s earlier (darker?) inhabitants south.

Little did Jawaharlal Nehru realise in the first flush of Independence when, inspired by the vision of Afro-Asian solidarity, he reached out to African students with academic invitations that not all his constituents shared his enlightened idealism. Given the power of folk traditions in a semi-literate society, it was hardly surprising that the experience of African students who accepted Nehru’s well-meant invitation led to India being pilloried at the United Nations for racism. The complaint then was that Africans were jeered at in the streets of Mumbai as “Hubshee”, a derogatory term for blacks.

It has become much worse since 2014, especially in Delhi, because Hinduism’s political revivalism since then encourages people to redefine their concept of Indianness.
Differences of colour, hair, features, food and religion are all pounced upon to spot and persecute the alleged outsiders. Tanzanian students, Kenyan businessmen, Muslim peasants and Khasi, Naga, Mizo and other ethnic Mongolian workers from the northeastern states are repeatedly subjected to physical violence in the streets of northern India.

Circumstances make India’s more than 200 million dalits among the worst victims of the fixation with light-coloured skin. Gandhi’s well-meant term for them, “Harijan”, or children of god, has now been rejected as insulting.

Being a child of his time, Gandhi was not always politically correct according to the yardstick of later generations of radicals. According to his biographer, Joseph Lelyveld, it took Mahatma Gandhi 15 years to realise that calling Africans “kaffir” was like calling Indians “coolies”.

The vandal who daubed “racist” on the Gandhi statue in London during the George Floyd protests, the 5,000 signatories to the petition to remove his statue in Leicester and last year’s Manchester condemnation of his allegedly “well-documented” racism may have been influenced by selective readings of his comments.

What matters more is that the Unilever and Johnson & Johnson decisions confirm that Indians remain acutely colour conscious.

Those who believe this is a permanent state of mind cite Gora’s predicament in Rabindranath Tagore’s eponymous novel. Of Caucasian parentage without knowing it since he was brought up by Indian foster parents, Gora says at the end of the novel, when he has found peace: “Today I have become an Indian – Bharatvarshia. In me there is no hostility towards any community, Hindu, Muslim or Christian. Today, I belong to every community of this Bharatvarsha, I accept everybody’s food as mine.”

That eloquent defence of his own as well as India’s universalism can, however, be faulted. Critics say that Tagore’s hero could afford to take a benign view of the Indian universe only because his own looks, derived from Irish parents, which gave him his nickname (“Gora” means white), also guaranteed him a privileged position in caste, class and colour conscious India.