When political parties promise free television sets, kitchenware and suchlike, they are using the taxpayer’s money to bribe voters 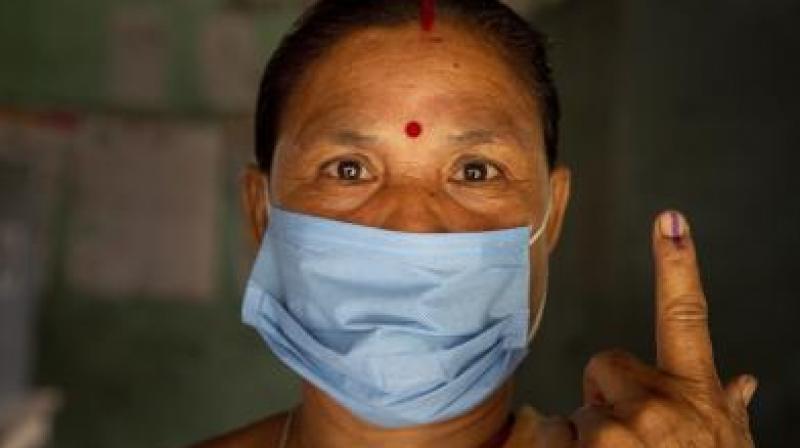 Freebies become the fig leaf that corrupt politicians and political parties use to cover their sins of omission and commission while seeking electoral support. (Representational Image/ AP)

All of a sudden, a new term has entered the public debate on economic policy: freebie. The Cambridge English Dictionary defines a “freebie” as “something that is given to you without you having to pay for it, especially as a way of attracting your support for or interest in something”. Political parties and leaders are offering freebies to win votes, economists are worried about the fiscal burden on the public exchequer and the media are debating the pros and cons of different types of freebies. As is typical of Lutyens’ Delhi, a think tank affiliated to the ruling establishment in New Delhi even organised a closed-door interaction on the subject at a fancy five-star hotel.

Should political party A offer free rations? Should political party B offer free power? Should political party C offer free water? Is free education a freebie? The question of free vaccination in the battle against the Covid-19 pandemic was briefly raised and then forgotten. Economists and policymakers have long debated the merits and demerits of subsidies. Way back in 1978, Prime Minister Morarji Desai, till then the longest-serving Union finance minister and a fiscal conservative, appointed an expert committee to evaluate controls and subsidies. The debate yielded a consensus on one issue, namely, that some subsidies are justified while others are not.

The subsidies justified on grounds of welfare and efficacy were called merit subsidies and those that were regarded as regressive from both an economic and a social perspective were dubbed non-merit subsidies. A government in any civilised society is expected to tax the rich and subsidise the poor. Civilised societies also subsidise or provide free certain public goods like school education and public health. There are good economic, social and political justifications for such public provisioning.

There is, however, no justification for political parties offering freebies that are either no more than electoral bribes or that the government’s exchequer cannot afford. When political parties promise free television sets, kitchenware and suchlike, they are using the taxpayer’s money to bribe voters. When they promise free electricity, water or other scarce resources, they are merely borrowing from future generations to reward present ones.

A few weeks back several senior civil servants reportedly told Prime Minister Narendra Modi that the freebies promised as part of election manifestos were pushing several state governments into deep red and could trigger a serious fiscal crisis. It would have been helpful if they had warned the PM before the recent Assembly elections in which all major contenders, including the BJP, had dangled freebies like free power, farm loan waivers and the like to incentivise voters. Major public figures ranging from the Prime Minister and the Chief Justice of India to the Reserve Bank of India’s governor have been issuing statements warning political parties and governments against such fiscal profligacy.

While there are sound economic reasons why political parties should not promise such non-merit subsidies or freebies, the real question is, why are such promises made? Apart from the desire and desperation to win an election, by fair means or foul, there could be a larger and more worrying social and political factors behind this mounting fiscal burden on the state exchequer. Consider the challenge of the falling credibility of the political process and of politicians in general. The desperation to win political power so as to be able to get hold of public funds and assets, especially land, have contributed to a sharp escalation of the freebie promise and the equally sharp decline in the credibility of the political system.

Freebies become the fig leaf that corrupt politicians and political parties use to cover their sins of omission and commission while seeking electoral support.
Political power offers a fast track to private wealth. A simple exercise that compares the family wealth of a politician and his or her family at the time when they acquire political power with what is currently and evidently in their possession, not to mention benami assets and hidden wealth, would suffice to show how public office is the shortest route to private wealth.

While the rising share of public spending on subsidies, both merit and non-merit, in total government expenditure has been a problem for several years now, it has emerged as a major policy concern not only because of the fiscal constraint that governments, the Union and the states, are facing, but also because such public expenditure now competes with the renewed demand for increased capital spending.

Between 1991 and 2015 the Indian growth process was fuelled by rising corporate and household earnings, savings and investment. However, the decline in the rate of investment since 2016, the consequent deceleration of national income growth and the impact of such events as demonetisation and Covid-19 lockdowns has forced the Union government to push for growth through increased public investment. If the economy has to return to the eight per cent growth trajectory of the 2003-12 era, reversing rising unemployment, public investment has to pick up. This requires balancing spending on subsidies, especially non-merit subsidies, with that on public investment, including in infrastructure, public transport and defence.

The fiscal situation facing the country is serious. Tackling it requires political leadership at both the national and state level and, given the current political scenario in the country, greater political collaboration between the Union and the states. Prime Minister Narendra Modi came to power in 2014 promising “cooperative federalism”. The only real example of successful cooperation between the Union and the states was in the legislation of the Goods and Services Tax (GST). The credit for that goes entirely to the former Union finance minister, the late Arun Jaitley, and the four state finance ministers who worked with him in a spirit of cooperative federalism, namely, Amit Mitra, Haseeb Drabu, Sushil Modi and Thomas Isaac. There are few other such examples.

As the country approaches 2024, it may prove politically difficult for the leaders of contending political parties to work together in dealing with the fiscal challenge facing both the Union and state governments. If they continue to indulge in political one-upmanship, the fiscal situation could rapidly deteriorate.