Ultimately, the Taliban, by its very nature, will actively encourage jihadi groups to use Islamic terrorism beyond its territories 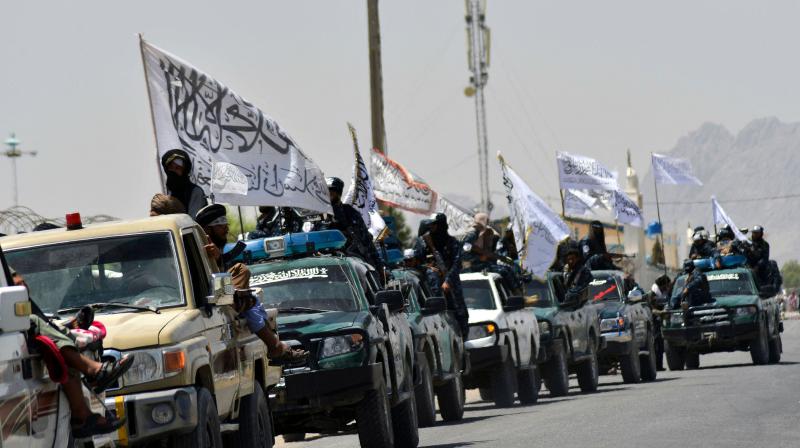 We need to reinforce our security and intelligence apparatus, because sooner rather than later the fallout of the Taliban will be increased terrorism on our borders. Representational Image. (AFP)

As the events in Afghanistan roll out, and a plethora of experts emerge from the woodwork with opinions on what to do and not to do, there are four don’ts that I believe we need to follow.

Firstly, please don’t romanticise the Taliban. The attempt by some to believe that the Taliban are freedom fighters is arrant rubbish. A conglomerate of primitive tribes and clans with a medieval mindset and driven by a fanatical ideology have come to power to implement their worldview. It is true that they have done this by defeating two world powers — the USA and Russia — but their victory was not so much as to win freedom or to rid their country of outside invaders as to impose an atavistic ideology on the people of Afghanistan.

There is also the view of some observers that the Taliban this time around would be different. It would be less extremist, less violative of human rights, less opposed to freedom of expression, less antithetical to democracy, less violent, less repressive to women, and less influenced by the mindless implementation of the worst interpretation of the Sharia. The fact is that there is no Taliban 2.0. The Taliban can disguise its colours, it cannot change them. It may appear to change its stripes to win some international legitimacy but essentially it will remain the same Taliban that subjugates women, rides rough shod over democratic rights, and is motivated by a fanatical version of Islam. The reason for this is that there is no evidence of any rethink within the Taliban, some ideological churning or revaluation, some reassessment of its basic tenets. Its core ideology remains the same. However, the Taliban is aware that the entire world is watching it, and evaluating how it behaves. Thus, it will make some noises to project a more civilised form of government, but this is cosmetic and merely a tactical ruse to buy time and confuse outside observers.

Secondly, please don’t do anything to legitimise the Taliban. There is a vocal school of foreign policy experts in India who want us to engage with the Taliban. These are the incorrigible activists in the area of diplomacy, forever insecure that India is being marginalised from diplomatic forums, looking perpetually for a “role” for India in the yet unfolding and unpredictable conundrum of Afghanistan. Such activists are highly enthused if a meeting with some Afghan functionary takes place; they are euphoric if anyone in the still emerging Afghan leadership reassures India that Afghanistan will not meddle in India’s affairs through the export of terrorism; they are eager for some “engagement” somehow.

The danger is that in the pursuit of this “engagement” India will do precisely what the Taliban wants to obtain from us: legitimacy. Everything that the Taliban stands for is antithetical to what our Republic stands for. Ultimately, the Taliban, by its very nature, will actively encourage jihadi groups to use Islamic terrorism beyond its territories. India will be a target. We should not be unsure or ambivalent about this. Thus, for us to overlook what the Taliban regime stands for, or to attempt to co-opt it, or to moderate it, or even to deflect it from its avowed goals, is an exercise in futility. Our approach must be to remain aloof, make no suo motu initiative to engage with it, except for the immediate purpose of safely evacuating our citizens, and only respond if the Taliban itself seeks to reach out to us, and that too after very careful consideration.

Thirdly, please don’t stereotype all Muslims in the image of the Taliban. It is important to stress this because there is an insidious attempt by some sections of our polity to misuse the Taliban to tarnish all Muslims. A great deal of fearmongering is deliberately afoot, and the purpose is to convey to Hindus that Islamic terror is at our doorstep with the Muslims of India complicit. This is pernicious and mischievous. The majority of all Indians — including Hindus and Muslims — are repulsed by what the Taliban stands for. They are fully aware that it is not representative of mainstream Islam, and that its fanaticism needs to be robustly opposed. A few Muslims may have spoken up in praise for the Taliban’s achievement of ousting the Americans, but to disproportionately highlight such statements — as some TV channels are doing — has the sole intention to accentuate the communal divide. Such attempts have to stop and be called out.

Fourthly, please don’t neglect our security needs, especially in Jammu & Kashmir. We need to reinforce our security and intelligence apparatus, because sooner rather than later the fallout of the Taliban will be increased terrorism on our borders. The government must act to further its dialogue process in Kashmir, restore statehood to J&K, and conduct peaceful democratic elections there. A disturbed Kashmir would provide a fertile ground for terrorism emanating from the Pakistan-Afghanistan axis. We must put our house in order, and strengthen our security interaction — and persuasion — with all those countries which, like us, have a vested interest in clamping down on Islamic terrorism.

Clarity in foreign policy is an elusive commodity. Very often, countries take an ad hoc approach, reacting from one event to another, without an overall strategy to deal with emergent situations. Countries like China, Russia, Iran, and the US, which have their own compulsions to deal with the Taliban, can do so, and face up to the inevitable risks of such an interaction. We have none, accept to safeguard our own interests. Those interests are both external and domestic. Let us deal with them with as much strategic clear-headedness as possible.