Princess Diana wanted to run away with bodyguard

Diana who was killed in a car crash in Paris 20 years ago, had recorded the tapes with Peter Settelen at Kensington Palace in 1992-1993. 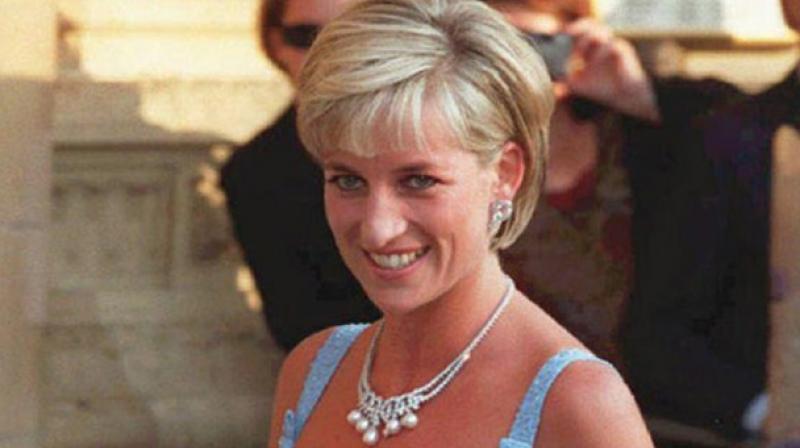 Princess Diana privately recorded videos with her voice coach which are set to be aired for the first time in the UK. (Photo: File)

London: Princess Diana wanted to run away with a bodyguard with whom she had fallen "deeply in love" to escape her loveless marriage with Prince Charles, according to Diana's privately recorded videos with her voice coach which are set to be aired for the first time in the UK.

The former Princess of Wales, who was killed in a car crash in Paris 20 years ago, had recorded the tapes with Peter Settelen at Kensington Palace in 1992-1993.

They are now set to be aired for the first time as part of a documentary on the UK's Channel 4 next week.

In the recordings, she admits falling in love with her bodyguard Barry Mannakee and also discloses her conversations with Charles over his affair with then Camilla Parker-Bowles. "When I was 24 or 25 I fell deeply in love with someone who worked in this environment. I was quite happy to give all this up just to go off and live.

He (Mannakee) kept saying he thought it a good idea too," she is heard saying in excerpts published in 'The Sunday Times'.

"I just needed someone to tell me I was all right and he mentally kicked me outside and made me go and do my engagements because I used to scream in this room in Kensington Palace. I should never have played with fire and I did and I got burnt," she says.

Diana, however, denies that it was a sexual relationship and says that "it was all found out and he was chucked out and then he was killed in a motorbike accident and that was the biggest blow of my life". "He was the greatest friend I've ever had. That was a real killer," she says.

In the tapes, she also describes the blunt response by Charles on being confronted about his affair as, "I refuse to be the only Prince of Wales who never had a mistress".

She also recounts going to see her mother-in-law, Queen Elizabeth II, at the height of the crisis in the royal marriage, who reportedly said of her son, "I don't know what you should do, Charles is hopeless".

Diana's brother Earl Spencer has urged Channel 4 to refrain from airing extracts from the tapes next week as they would cause distress to Diana's sons Princes William and Harry.

Settelen had been hired to help Diana prepare to publicly present her account of events after the couple separated in 1991.

Although much of the footage is of voice lessons, at times she answered personal questions.

The Channel 4 extracts are taken from seven tapes but there were believed to be 12 in all, with five still missing.