Newsmakers   31 May 2020  Must prepare for second wave, aiming for herd immunity too large a risk, CSIR head says
Newsmakers

As India comes out of the lockdown, the scientist said only timely interventions could mitigate the spread of COVID-19. 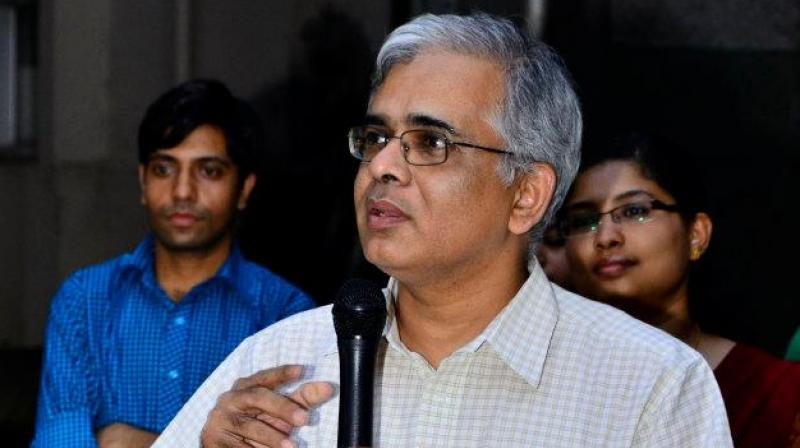 Structural and Computational Biologist Shekhar C Mande, who is the current Director General of the Council of Scientific and Industrial Research (CSIR). (Photo | Wikipedia - Swastik Phulera)

New Delhi: Banking on developing herd immunity to fight coronavirus is too large a risk for any nation and only timely interventions can mitigate the spread of COVID-19, Director General of the Council of Scientific and Industrial Research (CSIR) Shekhar Mande said.

Herd immunity is achieved when the majority of population becomes immune to an infectious disease, either because they have become infected and recovered, or through vaccination.

When that happens, the disease is less likely to spread to people who aren’t immune, because there just aren’t enough carriers.

Responding to a question on whether it is viable for India to achieve herd immunity, Mande said, “It is too large a risk for any nation.

“Herd immunity, typically works when 60-70 per cent population of a country has been affected and it’s too large a risk to take for any nation. What one would do is to take intervention before so that the infection does not spread,” he told PTI in an interview.

Mande said several theoretical modelling that people have conducted across the world and also in India seem to suggest that there could be few waves of COVID-19 and people need to be prepared for them.

“The number of cases will go down and people need to be prepared as there can be a second wave of COVID-19,” he said.

On US President Donald Trump terminating the country’s relationship with the World Health Organization (WHO) as he blamed it and China for the deaths and destruction caused by the COVID-19 pandemic across the globe, Mande said it is “not a good sign”.

“WHO is a valuable body which has played an important role. It has been involved in smallpox elimination, polio virus elimination and it has worked very well with countries. The termination of ties is not a good sign,” he said.

Mande further said that the CSIR has adopted a five-pronged approach in the fight against COVID-19 focusing on surveillance, diagnostic, intervention through development of new therapies, hospital assistive devices and supply chain model.”

On the vaccine development front, he said three different approaches are being adopted.

“One is immune boosting vaccine that improves the host’s immunity—that is under trial in three different locations in the country and the results are expected in the next 15 days.”

“Another one is monoclonal antibody that CSIR has funded a collaborative programme between NCCS (National Centre For Cell Science) Pune, IIT Indore and Bharat Biotech. Third one is convalescent plasma therapy whose trials are going on in Kolkata,” he said.

He further said that Indian companies are “very deeply involved” in the process of vaccine development.

India registered its highest single-day spike of COVID-19 cases on Sunday with 8,380 new infections reported in the last 24 hours, taking the country’s tally to 1,82,143, while the death toll rose to 5,164, according to the Union Health Ministry.

India is the ninth worst-hit nation by the COVID-19 pandemic.