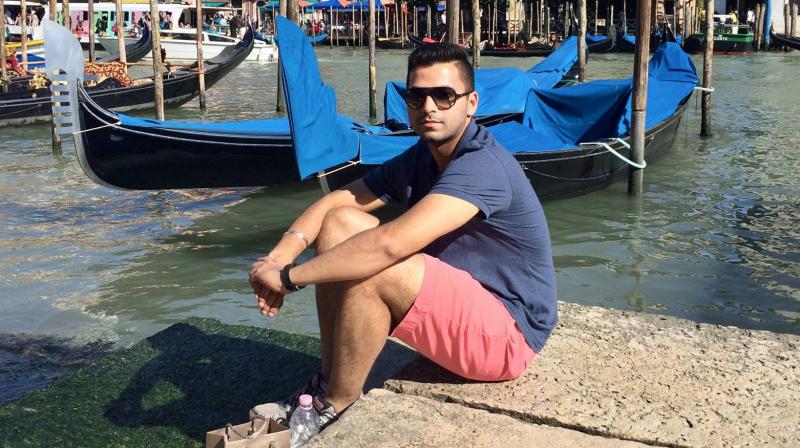 Although Hemal's practice area is urology, he delivered seven babies during medical school although never on the floor of a jetliner. (Facebook/ Sij Hemal)

New York: An off-duty Indian-origin doctor had an "oh boy" story when he helped deliver a healthy baby boy while on a trans-Atlantic flight from Paris to New York at 35,000 feet, according to media reports.

Dr Sij Hemal, 27 a second-year urology resident at Cleveland  Clinic's Glickman Urological and Kidney Institute, immediately went into doctor mode when Air France flight attendants asked if there were any doctors on the flight to a 41-year-old who had gone into labor a week early, Cleveland 19 News reported.

Hemal started in New Delhi, stopped in Paris and was heading to New York, where he would catch a connecting flight to Cleveland -- his final destination.

Urologist Hemal was hoping to drink a glass of champagne and take a nap on a plane from Paris to New York on December 17, but instead helped deliver a healthy baby boy named Jake during the flight, the report said.

Together with Dr Stefanie Ortolan, a pediatrician from France, the pair managed to deliver baby Jake after just 30 minutes of pushing, Hemal said.

He did not know that she was pregnant. He said the mom's bump was covered with a blanket.

"As a urologist, I was excited. I thought it was kidney stones, but later found out that she was 39 weeks pregnant," he said.

Hemal said there was no time to land the plane and the best decision was to deliver the baby in the air. Hemal used a shoestring to tie and cut the umbilical cord for baby Jake.

"This has been a team effort and certainly a flight I will never forget," he said.

Although Hemal's practice area is urology, he delivered seven babies during medical school ? although never on the floor of a jetliner.

"We're trained to stay calm and think clearly in emergency situations," he adds. "I just tried to think ahead to what might go wrong, and come up with a creative solution."

After Jake arrived, Hemal said he FaceTimed his parents.

"'Look I'm flying first class,'" he told his parents. "I wanted to surprise them and tell them I was flying first class. I'd never flown first class before. And ... umm ... by the way I also just delivered a baby! It was one of those moments I"ll never forget," he said.

For his efforts, Air France delivered a travel voucher and a bottle of champagne to Hemal.