It has sunk about 16 inches into landfill and is tilting several inches to the northwest. 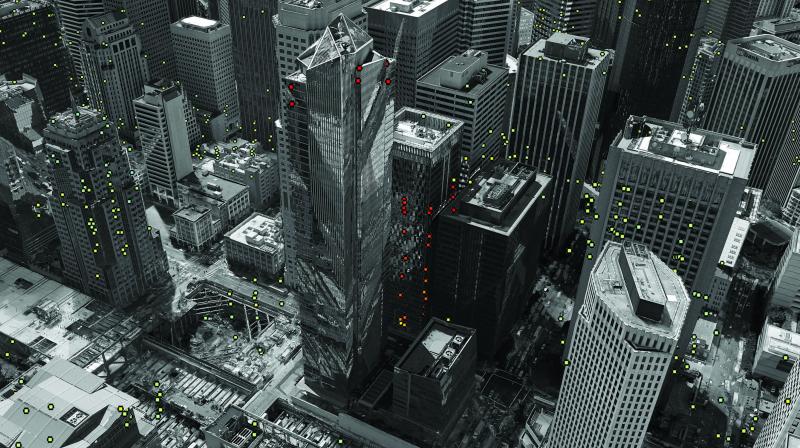 An European Space Agency image shows the Millennium Tower in San Francisco on the base of modified Copernicus Sentinel satellite data. The colored dots represent targets observed by the radar. (Photo: AP)

San Francisco: Engineers in San Francisco have tunneled underground to try and understand the sinking of the 58-story Millennium Tower.

The European Space Agency has released detailed data from satellite imagery that shows the skyscraper in San Francisco’s financial district is continuing to sink at a steady and faster than previously known.

The luxury high-rise that opened its doors in 2009 has been dubbed the Leaning Tower of San Francisco. It has sunk about 16 inches into landfill and is tilting several inches to the northwest.

A dispute over the building’s construction in the seismically active city has spurred numerous lawsuits involving the developer, the city and owners of its multimillion dollar apartments.

Engineers have estimated the building is sinking at a rate of about 1-inch per year. The Sentinel-1 twin satellites show almost double that rate based on data collected from April 2015 to September 2016.

The satellite data shows the Millennium Tower sunk 40 to 45 millimeters   over a recent one-year period and almost double that amount 70 to 75 mm over its 17-month observation period, said Petar Marinkovic, founder and chief scientist of PPO Labs which analyzed the satellite’s radar image. “The Millennium Tower is sinking at a steady rate,” Marinkovic said.