'My name is Rahul Gandhi and I am not happy with it,' says Indore-based trader

Rahul claimed that due to his surname no telecom company is providing him a SIM card nor is he getting driving license or loans from banks. 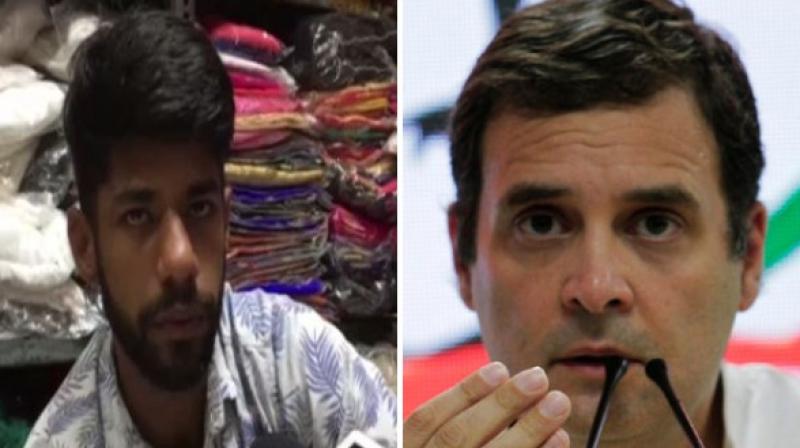 Indore: A 23-year-old Indore-based man is facing problems in life and the reason lies in his name 'Rahul Gandhi'. Yes, you heard it right.

Rahul, who is a textile trader in Indore, explained to ANI how challenges are coming his way in day-to-day life as people call him a "fake person" because of his name.

"My father got the nickname Gandhi due to his good conduct from his officers in BSF. When I was born, my father kept my name as Rahul. My father developed an attachment to the name Gandhi surname and adopted it for everyone in the family. Hence, it automatically turned as Rahul Gandhi. My name was enrolled as Rahul Gandhi instead of Rahul Malviya when I was admitted to the school. Originally, our surname is Malviya," he narrated.

Rahul claimed that due to his surname no telecom company is providing him a SIM card nor is he getting driving license or loans from banks.

"My documents are not being made as the concerned department calls it a fake name. They make fun of me. People don't even issue a SIM card, bill, driving license, a loan or any other needed papers to me by this name. When I introduce myself to unknown people over the phone, they hang up by saying a fake call or laugh at me," he claimed.

Frustrated, he said, "Now, I am fed up with all this and considering changing my surname through the legal process. I want the government to help me in replacing Gandhi surname to Malviya."