She is considered the world's best ever female player. 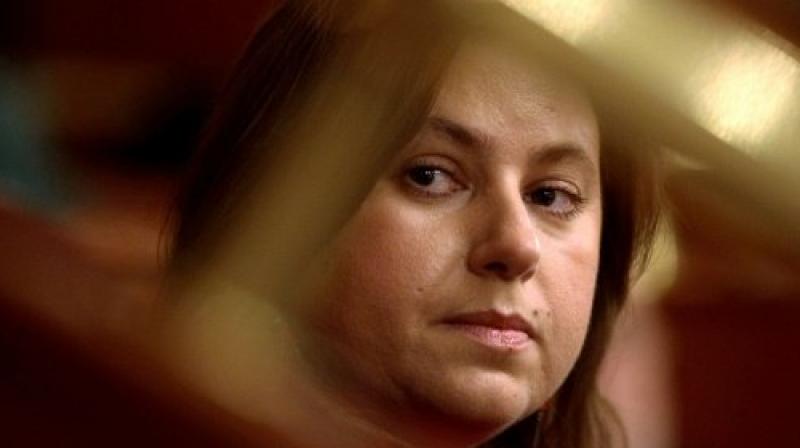 Budapest: Innovation, it seems, runs deep in the Polgar family DNA. In the 1970s, the father Laszlo, a teacher, challenged Hungary's communist authorities by homeschooling his children as chess prodigies.

Now his youngest daughter, Judit, considered the world's best ever female player, is using "Chess Palace", an educational tool she developed, to equip kids for the 21st century. From "Speedy Bishop" to "Jumpy-Knight", the pieces come alive in games and songs, building blocks, stickers, textbooks and digital applications, all to help kids hone their skills.

"Chess can open up a kid's brain, and develop it in a playful creative way," Polgar, 41, told AFP during a recent interview.  "They can learn playfully about creative, strategic, and logical thinking, and quick problem-solving," she said.

That, she believes, can also help kids with standard subjects like mathematics, science and art, as well as in their everyday lives. Since 2013, "Chess Palace" has been an optional part of Hungary's national curriculum for children aged six to 10, one that over 250 schools have joined, and thousands of kids.

From September, Polgar plans to roll out a kindergarten version, called "Chess Playground". The laughter and applause at a recent presentation at the Brumi kindergarten in Budapest suggest it will be another hit. After a navigation game where the children directed blindfolded teammates GPS-style around the chessboard, Simi, seven, told AFP his favourite piece is "Tiny-Pawn".

"Because he's little like me," he smiled, a paper crown perched on his head.

The bright colours at Brumi contrast starkly with the communist-era Budapest apartment block where Judit was taught the pros and cons of the Sicilian defence and other chess tricks that would make her a champion. Her father Laszlo pulled her and older sisters Zsuzsa (Susan) and Zsofia (Sofia) out of school, deciding that their lives would be what he called "a living educational research project".

"Any healthy child -- if taught early and intensively -- can be brought up to be exceptionally successful in any field," he told AFP after a recent Budapest screening of "The Polgar Variant", a documentary film on the family's lives. "I am convinced that the road to happiness is if someone is a genius," he said.

The film shows home video footage of the girls browsing thousands of handwritten records of games filed in a cabinet. Laszlo also taught the girls sports like table-tennis and life skills like foreign languages. "If children are raised happy, then society should profit from it. As a humanist, this was my task, I wanted to make a revolution in education through chess," the now 71-year-old said.

The girls' unorthodox education led to regular harassment by the communist authorities and negative media attention, but the family never doubted the merits of their unconventional upbringing. "We had a happy childhood, our parents were strict but loving, and I was together with my sisters, who were my best friends," Judit said. "And we had success early, and travelled a lot, so we were never jealous of our peers".

She won her first international chess tournament at nine and was only 12 when she teamed up with Sofia and Susan to claim Hungary's first-ever women's Olympic gold chess medal. Aged 15, Judit broke Bobby Fischer's record by becoming the youngest ever international chess grandmaster, reached a peak world ranking of eight in 2005, and was women's number one for a 25-year-period.

In 2014 -- by then a mother with two children aged 10 and eight -- she retired to spend more time with her family. "I also felt that I can do much more for chess away from the chess board," she told AFP, citing the global chess festival and foundation she set up to promote the game around the world. "I want to show how rich chess is and what kind of history it has, through culture, literature, and education," she said.

While Polgar lauds the "huge courage, sacrifice and investment" made by her parents and their "incredible pedagogical skills", she is cautious about recommending others apply their techniques. In today's "very different" smartphone era even paying full attention to children at all is difficult for parents, "never mind 24 hours a day for 20 years" as happened with her, she told AFP.

"But at least if you are with your kid in a playground, be there mentally as well as physically, even for 20 minutes. Focus means everything to a child". And "Chess Playground", she says, is not about the early moulding of kids as champions like her.

"It's about preparing them for school and life, that can make them winners later on".