Ankit Kawatra is the founder of Feeding India, an organisation that aims to eradicate hunger and food wastage in India. 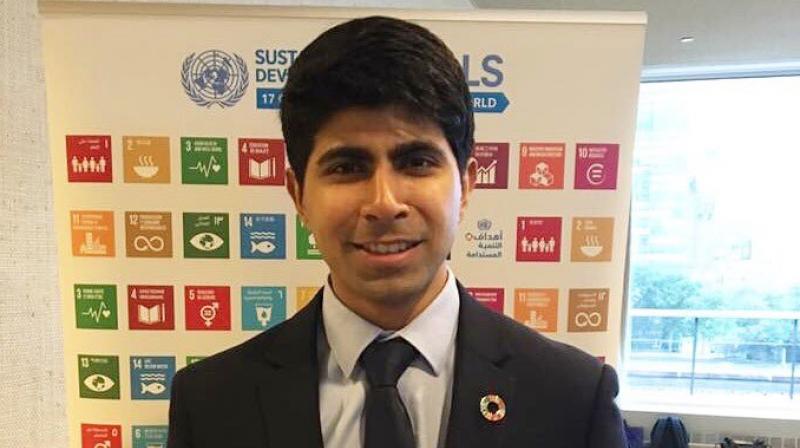 The award recognising the 25-year-old's exceptional work towards solving hunger and malnutrition in India was presented to him by Queen Elizabeth II. (Photo: LinkedIn)

London: Anti-hunger activist Ankit Kawatra was awarded the Queen's Young Leaders Award for 2017 at a ceremony in the Buckingham Palace here.

The award recognising the 25-year-old's exceptional work towards solving hunger and malnutrition in India was presented to him by Queen Elizabeth II late last night. Kawatra is the founder of Feeding India, an organisation that aims to eradicate hunger and food wastage in India.

"Getting this honour from the Queen herself at the Buckingham Palace is a huge honour, something that I could not even dream of. I also believe that this is a landmark for both countries, especially since UK and India have a shared history on so many fronts.

"An Indian's presence at the Buckingham Palace today symbolises the long way the two countries have come, and proves once again, how we can do so much more if we work together peacefully," Kawatra said.

Having begun with merely 5 people in 2014, Feeding India presently functions across 43 Indian cities with 4,500 volunteers serving 8 million meals to the needy by rescuing excess food.

Kawatra also attended a 10-day residential program before receiving the award, during which he stayed at the University of Cambridge.

A United Nations Young Leader for the SDGs, Kawatra, at the workshop, highlighted the importance of solving the problem of hunger and encouraging people to take action towards the "725 million people around the world who do not even have basic food and nutrition."

"Undernourished people fight hard to get three meals a day and cannot fight for themselves, let alone fight for their human rights," he said. During the visit, he also engaged in networking with leading business heads and philanthropists at political events.

Established by The Queen Elizabeth Jubilee Trust, the Royal Commonwealth Society and Comic Relief, the awards mark the Queen's 60 years on the throne and six decades of service to Commonwealth nations.

Queen's Young Leader Awards are designed to "discover, celebrate and support 60 exceptional young people from across the Commonwealth, aged 18-29, who are taking the lead in making a lasting difference in their communities and using their skills to transform the lives of others".

"We recognise not only what these amazing young people have achieved, but also their potential in changing people's lives for the better in the countries and communities in which they live," Astrid Bonfield, chief executive of the Queen Elizabeth Diamond Jubilee Trust, said.