Ashani got the idea after model Nafisa Joseph hanged herself in her apartment in 2004. 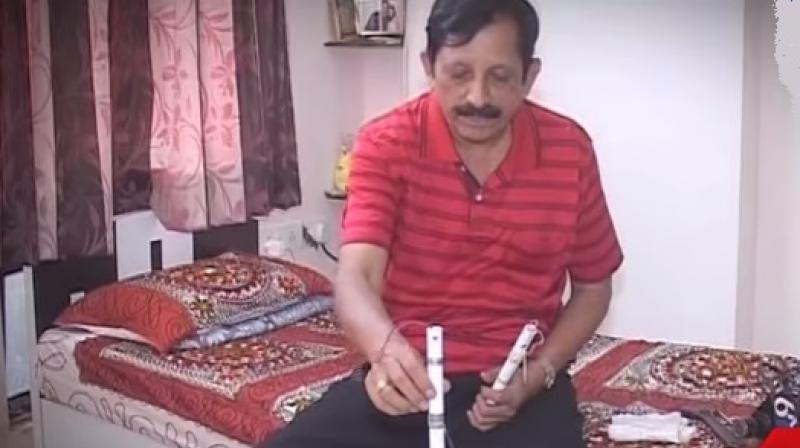 The fans have gone through 500 successful trials in a decade (Photo: YouTube)

Mumbai: Suicides among young people have surged in the past few years as work related stress or pressure regarding studies among other factors have been seen as causes for this alarming increase. One of the places worst hit by student suicides in India is the coaching hub of Kota where around 60 young people have taken the drastic step in six years.

Apart from pressure related to academics and expectations from family, most students who committed suicides did so by hanging themselves from ceiling fans. But one man seems to have an answer to this as his invention is a simple yet significant step towards bringing down the number of suicides.

A retired general manager from Crompton Greaves, electrical engineer Sharad Ashani holds a patent in his name for fans which do not allow students to hang themselves. The product has gone through 500 successful trials and is now being delivered to hostels in Kota.

The fans have a spring inside the rods and when the load on the fan exceeds a certain limit, it activates an unlatching mechanism in the rod. This causes the rod to separate from the fan as the person attempting to hang oneself lands safely on the ground.

According to a leading daily, Ashani got the idea after model Nafisa Joseph hanged herself at her Versova flat in 2004. His research showed that 60,000 of 1.3 lakh people who commit suicides hang themselves from fans and some brainstorming led to the invention of these anti-suicide rods.

While the president of Kota hostel association wants to cover entire Rajasthan, Ashani hopes that these rods will someday be used in every fan. The product is also priced at Rs 250 which makes it accessible for more people.