'Belan Brigade' in Punjab to tackle drug menace in polls

The NGO chief said the 'belan' (rolling pin) has always been part of every household and it is the symbol of a woman's strength. 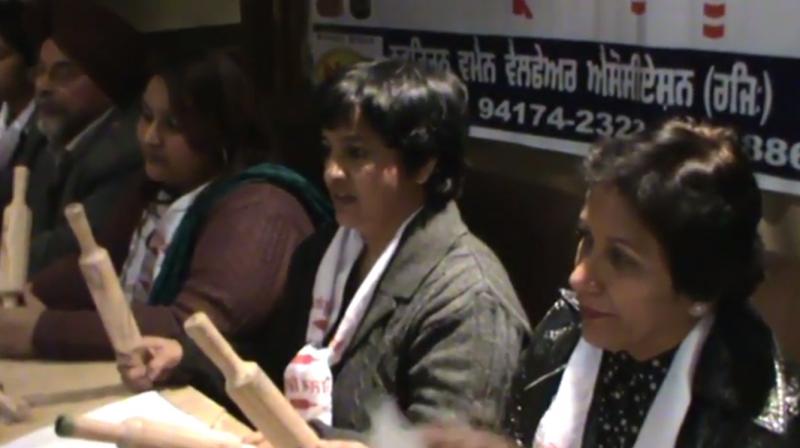 Chandigarh: With the drug menace emerging as a major issue in poll-bound Punjab, an NGO named 'Belan Brigade' is aiming to the rolling pin as a symbol in its fight against the social evil.

"From today, we will carry a bus full of volunteers, who will travel the length and breadth of the state to raise awareness among the people in these elections against drug abuse," the NGO's chief Anita Sharma said on Monday.

She said the 'belan' (rolling pin) has always been part of every household and it is the symbol of a woman's strength.

"It is one thing with which every woman starts her day. We want the 'belan' as a symbol to fight against the menace of drug abuse in Punjab," she added.

Sharma said they want to fight against social evils that have affected several families across the state.

The bus carrying the women volunteers was flagged off by the family members of drug abuse victims in Ludhiana, she said.

The volunteers and supporters of the brigade carry rollings pins made of wood or metal to let their message reach every household.

"The people should drive away those who distribute or who entice the voters with drugs and alcohol because they are the enemies not only of our democracy, but society as well as the humanity."

"Our NGO has been fighting against various social evils like crime against women including dowry, rape and child abuse trafficking," Sharma said.

The campaign against drugs and liquor abuse began during the 2014 Lok Sabha elections and its main focus is to make the public aware about the menace of drugs and its consequences on health.

"Since drug issue is at the centre-stage in this year's Punjab elections, we also want to do our bit to raise public awareness," she said.

Punjab will go to polls on February 4.