Emma thanked her co-star Ryan Gosling, director Damien Chazelle and other members of the team after the victory. 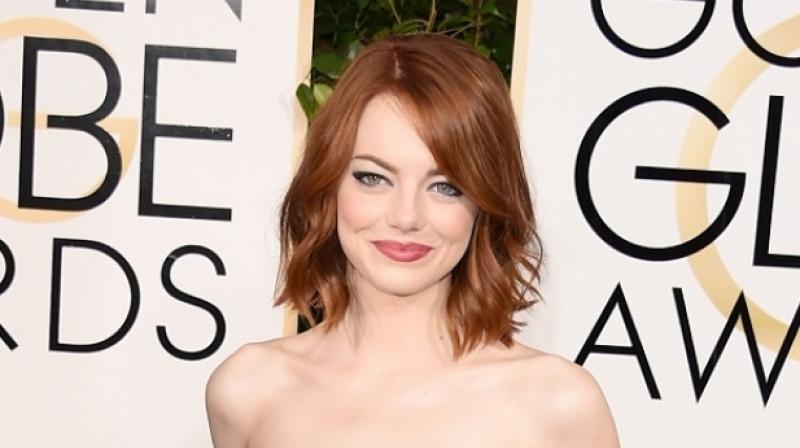 Emma is also in contention for the Oscars. (Photo: AFP)

Emma was able to walk away with Outstanding Performance by a Female Actor in a Leading Role, reports E! Online.

The 28-year-old, who plays a struggling but savvy actress in the musical comedy, fought off competition from Amy Adams for 'Arrival', Emily Blunt for 'The Girl on the Train', Natalie Portman for 'Jackie' and Meryl Streep for 'Florence Foster Jenkins'.

As she collected the award, Stone told the fellow actresses in the audience: "You are the greatest and your talent and intelligence are mind-blowing."

After thanking her writer-director Damien Chazelle and co-star Ryan Gosling ("Ryan, you're the best, that's just the truth, no one can argue with that"), Stone praised the room's artists and filmmakers for creating work that is reflecting society and sharing joy.

"We're in a really tricky time in the world and in our country, and things are very inexcusable and need action," she said.

"I'm honored to be part of a community that wants to reflect things back to society."

The awards are being handed out at the Shrine Exposition Center in Los Angeles.