William, Harry match up to grandmother’s record of number of days spent on royal duties. 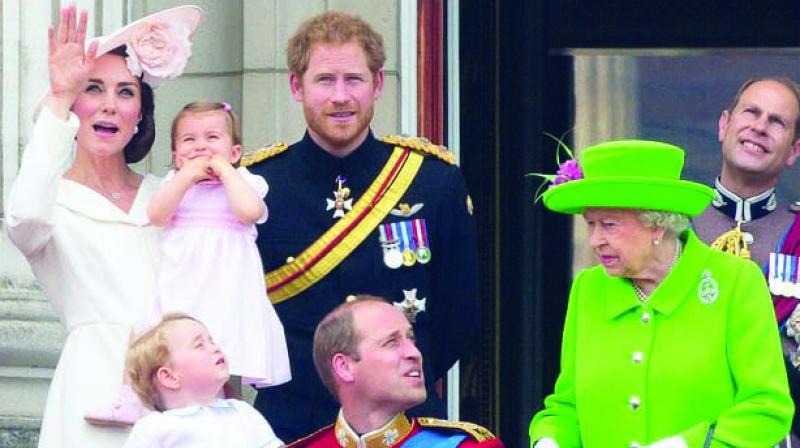 London: Britain’s young royals, William and Harry, have matched up to grandmother Queen Elizabeth II’s record of the number of days spent on royal duties in a year for the first time in 2016.

As the 90-year-old monarch began reducing her workload this year, analysis of the ‘Daily Court Circular’ says that Prince William — Duke of Cambridge — equalled his grandmother by spending 80 days on royal engagements this year. His younger brother, Prince Harry, was just ahead with 86 days of appointments.

The younger royal was also the most-travelled senior member of the royal family in 2016, clocking up around 61,800 miles on overseas public engagements. Between them the princess and Kate Middleton, the Duchess of Cambridge, put in 480 official appearances this year, according to The Times. This is more than twice as many as the 198 engagements they attended last year, when the Queen’s husband, Duke of Edinburgh, outdid the three of them altogether.

The monarch herself, having cut out long haul travel, increased her workload in Britain by attending 332 functions, up from 306 the previous year. Her heir, Prince Charles, is now the busiest family member having surpassed his sister, the Princess Royal — Princess Anne. As well as touring Ireland, Belgium, Malta, Australia, New Zealand and US, he carried out 432 engagements in Britain.