Shahid Kapoor and his wife Mira Rajput will reportedly be shifting to their new house soon. 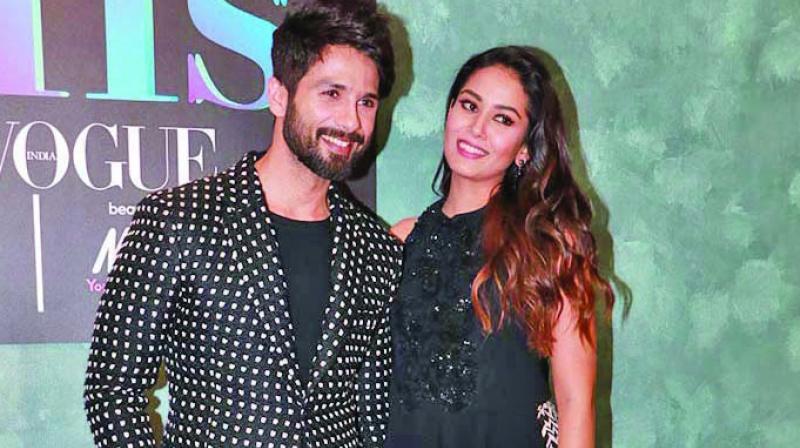 Mumbai: Shahid Kapoor and his wife Mira Rajput will reportedly be shifting to their new house soon. The actor who currently stays in Juhu will be moving into the new house because of his family which has expanded now.

Earlier in an interview, Shahid had revealed about buying a bigger house for his family of four. If reports are to be believed then the couple is expected to shift by the end of this year.

In an interview, the 'Kabir Singh' actor quoted as saying, “I have bought a new home in Central Mumbai. It will be a year-and-a-half, perhaps even two before we do the interiors and move in there. However, it’s an investment that I needed to make. I have a much smaller home in Juhu and with two children (the second one arriving in September), the requirement of the family has changed.”

Grateful for the year that made us complete ✨ Happy New Year

Perfect setting for my new collection with Shahid & Mira . Thanks for dropping in... #gaurikhandesigns @shahidkapoor @mira.kapoor

As per India TV.com, Shahid Kapoor's new house is an over 8000 square-feet duplex apartment and is expected to be ready for possession by the end of this year. A source said, "Shahid was looking for an unrestricted view of the city and the 500 square feet balcony in the new house faces the Bandra Worli sea link, offering a great view of the city’s skyline.”

The house is said to be worth Rs 56 crore and is located in Three Sixty West. Shahid and Mira's dream home will have all the luxury items and amenities like gym, spa, swimming pool, and a grand living area.

On the work front, Shahid Kapoor's latest release Kabir Singh turned out to be the blockbuster at the box-office.