Newsmakers   29 May 2018  Twitter launches first-ever Rajinikanth emoji for Kaala, but fans are not impressed
Newsmakers

Twitter launches first-ever Rajinikanth emoji for Kaala, but fans are not impressed

Twitter on Monday launched a special emoji for the superstar’s upcoming film but didn’t receive the expected response. 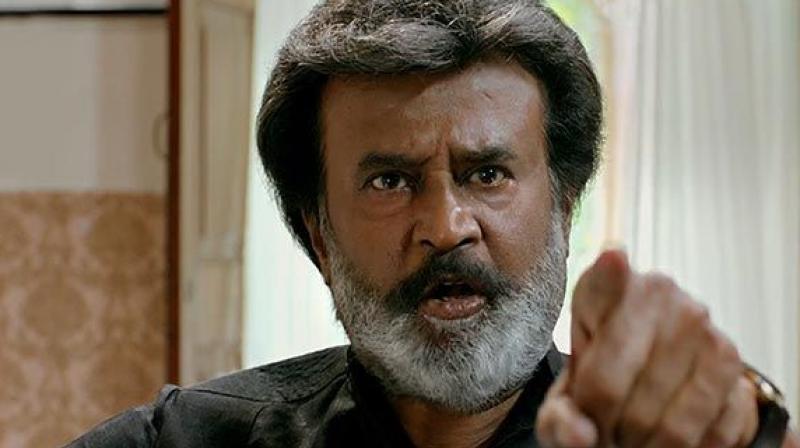 Rajinikanth in a still from 'Kaala.'

According to the microblogging site, the ‘emoji aims to delight Rajinikanth's fans on Twitter by adding colour to the conversations and helping them connect to his character instantly.’

"We are thrilled to partner with Wunderbar Films for 'Kaala' and delight fans in anticipation of the movie release with a special emoji inspired by Rajinikanth.

"We look forward to partnering with films across India and enhance the #OnlyOnTwitter experience for everyone,’ Keya Madhvani-Singh, Head of Entertainment Partnerships, Twitter India, said in a statement.

Get ready to celebrate #Kaala with a custom emoji on Twitter. Tweet in Tamil, Telugu or Hindi and use the hashtag #காலா, #కాలా or #कालाकरिकालन to see it appear! pic.twitter.com/gg77OLgJlz

However, the emoji got a mixed response as some fans were hardly impressed with its design as they felt it was too dark and not visible at all.

Check out some of the reactions:

hi can you please make the emoji clearly visible

Hi why is the emoji very poorly designed it's not even clear. Thalivar deserves more.

#kaala so dark background.
Not impressive.😑

Bad emoji not at all visible 🤘#Kaala

Hi why is the emoji very poorly designed it's not even clear. Thalivar deserves more.

It's nice huma ji but it's kinda hardly visible. They should've considered a white background atleast.

Meanwhile, another of the film’s trailer was released by the makers on Monday and this one too was high on action and the megastar’s dialogues amid the drama.

‘Kaala’ is set to hit the theatres on June 7.