Cheetahs are becoming extinct due to habitat loss and other forms of human impact. 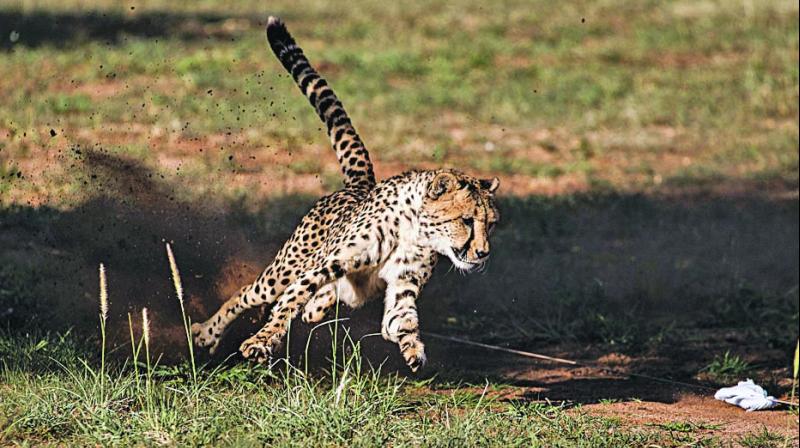 Study estimated that just 7,100 cheetahs remain in the wild, occupying just nine percent of the territory they once lived in.

London: Cheetahs are “sprinting” to extinction due to habitat loss and other forms of human impact, according to a new study, calling for urgent action to save the world’s fasted land animals.

Cheetah numbers in Zimbabwe have plunged by more than 85 percent in 16 years and fewer than 50 individuals survive in Iran, the Zoological Society of London and Wildlife Conservation Society warned.

The report’s authors said cheetahs should be listed as “Endangered” instead of “Vulnerable” on the International Union for Conservation of Nature’s Red List of Threatened Species. Study estimated that just 7,100 cheetahs remain in the wild, occupying just nine percent of the territory they once lived in.

“The cheetah is sprinting towards the edge of extinction and could soon be lost forever unless urgent, landscape-wide conservation action is taken,” ZSL said. Cheetahs travel in search of prey and study says that 77 percent of the animal’s habitat falls outside protected areas. The main risks are humans hunting their prey, habitat loss, illegal trafficking of cheetah parts.